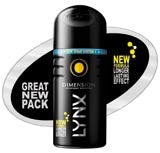 A man’s skin is more easily dehydrated and drier than a woman’s. It is more acidic, thicker, twice as oily and hairier. But most men are likely to know only the last fact about their skin, and this is because they scrape a sharp blade down it every day.

This is why the male grooming market has so far been limited to products with minor cosmetic benefits such as aftershave balm. But this also explains why the skincare industry regards the male skincare and cosmetics market as the next major area for growth.

With many predicting that men’s grooming could become as complex and extensive as women’s, there is money to be made from male vanity.

The UK male facial products market (excluding balms) grew 25 per cent to £10.8m in the 12 months to June according to IRI. The category remains relatively underdeveloped compared with the myriad of products in female beauty. It is dominated by a single brand, Beiersdorf’s Nivea for Men, with 71 per cent of the market, followed by Accantia’s Simple for Men with 12 per cent and KMI’s King of Shaves (KoS) range with six per cent.

The data excludes premium products such as Estée Lauder’s Clinique and Clarins, which are generally sold from behind the counter. This premium market for men grew by 44 per cent in 2002 according to LancÃÂ´me, owned by the L’Oréal group, which is due to launch its first male range, LancÃÂ´me Homme, in September (MW July 3). LancÃÂ´me Homme will target “stylish, urban, sophisticated AB” types aged 25to 45-years old, and the products will also be sold in the UK through selective distribution outlets and through designated LancÃÂ´me counters inside those outlets.

LancÃÂ´me recommends four separate skincare routines to use with its ten-product line. Gone are the days when a man washed, shaved and made a hasty exit; men can now choose from the anti-fatigue, stubble trouble, sensitive or anti-ageing routines.

A LancÃÂ´me spokeswoman says: “Men are better educated about their skin and wish to address concerns relating to this. They still wish the products they use to be ‘masculine’, but are driven by the desire to use the best products available to them.”

However, the premium end of the male grooming market still looks relatively bereft compared with the wealth of female options.

The IRI data currently excludes products with a strong cosmetic positioning. This, claims KoS marketing director Quentin Higham, is because there are not yet any on the UK market.

Higham claims that KoS will be the first to offer a mass-market range of cosmetic products targeted at the “everyday man on the street” (MW July 10). Due to go on sale in Boots in September, the range includes a self-tanning moisturiser, a tinted moisturiser, an eye cream and a blemish-concealing gel. A lip gloss, nail polish and body scrub are also being considered for launch in the new year.

Higham says that the tagline carried by the range – “Defining a New Beauty Language for Men” – is crucial to the success of the brand. The products carry masculine tags such as “Defender” and “Reviver” in order to make the jump from skincare to cosmetics more acceptable for men.

Higham adds: “A concealer is clearly for women and men will avoid it. But call it a camouflage stick and you won’t threaten their masculinity. We communicate to men in everyday, blokey language.”

James Griffin, category strategy manager for deodorants and male grooming, says that research conducted for Lever Fabergé’s core male grooming range Lynx has shown that men tend to buy products that are explicitly for male use. With men increasingly doing the buying, rather than relying on their partners, it is important to target men specifically.

Griffin adds that the male attitude to beauty care has changed during the past few years, with opinion-formers such as David Beckham unashamed to admit to using creams and lotions to look good.

“Attitudes are changing. It is all about educating the customer. Forty years ago men weren’t using deodorants, but because of brands such as Lynx that now seems unthinkable.”

Will King, founder of KoS, agrees: “Men now know they can beautify without being a ‘sissy’. Male cosmetics is the last area to be cracked and the potential is huge – it is totally virgin territory.”

King says that initial growth could be slow as the first users will be experimental, beauty-literate men, but he hopes that sales will quickly snowball through word-of-mouth recommendations.

He claims: “We were first with our male moisturisers and – from a slow start – sales are growing 50 per cent every year. Cosmetics will grow the same way.”

A retail beauty products buyer agrees that the market will be led by a small group of men – predominantly gay – who push the boundaries of acceptability. This, he says, extends what is acceptable for everyone else. “They push what is the norm, which means more people use things like moisturiser without a second thought.”

Simon McCandlish, commercial director for skincare, suncare and men’s products at Boots, points to data showing that the men’s health and beauty care market is growing faster than the women’s.

McCandlish says the male cosmetics market is ripe for brands to enter. “I can’t see men using eye shadow like women, but there will be more products for self-tanning, anti-ageing and blemish control, which are cosmetic benefits that exist in a more masculine field.”

He says that Nivea is the only brand with critical mass in the male skincare mass market, but adds that King of Shaves should find success with its masculine positioning of a traditionally female product range.

Retailers are also trying to meet the growing demand for male grooming products. Boots is to create specific “men’s zones” in its top 40 stores in September. It is also putting traditionally behind-the-counter brands such as Clarins and Clinique on open sale, trusting that the educated male consumer no longer needs to ask a consultant when buying beauty products. Similarly, LancÃÂ´me is creating specific men’s skincare areas for LancÃÂ´me Homme within department stores, but the products will be sold from behind the counter.

The excitement among both makers and retailers of skincare products is clear – both are making sure that when men overcome their inhibitions regarding cosmetics, there will be the products on the shelves for them to buy.

Labour MP Debra Shipley, who recently called for a ban on food and drink advertising during pre-school children’s TV programmes and scheduling, has slammed the Independent Television Commission (ITC) for not supporting her move. The ten-minute rule bill, proposed last year, was dropped last week because of “lack of parliamentary time” according to the MP. […]

…Burger King is to drop frozen Coke from its US restaurants because the product is ‘not strategically relevant’ to its business.

Third-generation mobile phone company 3 has called in the AAR to assist with an advertising review and a search for a new advertising agency. The move follows weeks of speculation over TBWA/London’s tenure on the £30m account, and the promotion of Graeme Oxby from director of consumer marketing to the company’s new marketing director (MW […]