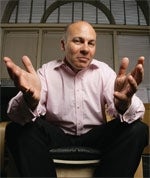 After drastic cuts in ad spend, the government is again targeting our sector. But it’s up to us to turn adversity into opportunity.

The short-term consumer outlook for 2011 looks pretty scary: the VAT increase this month, tax rises in April and public spending cuts thereafter. After a 2010 that was better than we all might have expected, especially for ITV’s sales department, it looks like a difficult few months for our sector. Consumer and advertiser confidence will be fragile at best, while any revenue challenge is exacerbated by the collapse in the Central Office of Information’s (COI) spending.

However, amid this difficult short-term trading uncertainty is a long-term opportunity to rewrite our relationship with government – until recently our biggest advertiser and still one of our most important stakeholders.

Politicians’ view of marketing and media is somewhat schizophrenic. On the one hand, MPs champion the contribution of the “creative industries” to Britain’s economy – collectively, fashion, media, advertising, film and video games make up 6.2% of UK GDP. This creative sector is growing faster than the economy as a whole and will be a key future contributor to recovery, as sectors like financial services reduce in importance. This school of thought recognises the importance of marketing to build demand and to influence consumer behaviour. It understands that individual freedom of choice is at the heart of a free market democracy.

However, for politicians with an axe to grind, advertising is also an easy fall-guy for society’s woes. For some, food advertisers encourage excessive consumption; for others, fashion retailers and magazines celebrate size zero models and too little consumption. Both extremes are apparently the fault of advertising, as are binge drinking, gambling and credit card debt. For these politicians, advertising should ideally be banned outright or at least be further regulated.

After drastic cuts in ad spend, the government is again targeting our sector. But it’s up to us to turn adversity into opportunity

The government’s recent management of COI reflects this conflicting mindset. Two years ago, COI was our leading advertiser, a benchmark for best research practice and a sensitive partner to a wide roster of creative agencies across marketing disciplines. It led award-winning work to change behaviour in everything from health awareness campaigns to filling out your tax return. In return, the industry gave COI the best media rates and as much free support in terms of space and chargeable hours as it could reasonably muster.

Last year, however, COI ad spend collapsed in an immediate rush to save short-term cash. This is not without consequences. Take the canning of the flu jab campaign, which has led to fewer people being inoculated and (surprise, surprise) huge pressure on hospital wards in the new year. Many of COI’s talented marketers have left and agencies are bracing themselves for a round of roster consolidation in the spring.

Into this unpromising situation comes the latest government initiative – a review of what it calls direct communication (and we call advertising).

The central thrust of this review is to explore how best to meet the challenges of lower government spending after the recession. In practice, that means looking to our sector to do more to help government communications.

“In the future, we will start from the presumption that others may be better placed to achieve our goals,” says the report.

This is both a challenge and an opportunity for our sector. Essentially, the government expects to spend less on paid-for media but will need to communicate the same number of messages to consumers (aka voters). So it needs help from brands, agencies and media owners. It might be some gifted ad space here, some spare creative resource there or a corporate sponsorship to support some aspect of government policy.

But, in return, it no longer offers the knockout spending power of COI to sweeten the deal. Of course, COI will still be an important advertiser – but one of many – all of which would like and deserve a special relationship.

So, this could be a unique opportunity for our sector to reinvent our relationship with government. We could start by asking for a joined-up government approach – especially now that media and communications policy sits with Jeremy Hunt at the Department for Culture Media and Sport. This would mean the demands of government for communications help are not undermined by noises off when politicians demand curbs on ad freedom. Equally, if the government is serious about a new partnership that is founded on sector support for government

Communications, then our industry in turn should be equally serious about less regulation and fewer threats on the freedom to advertise.

Ironically, the BBC has already shown the private sector the way – by resisting point blank the government’s demand to fund social policy by picking up the tab for free TV licences for the elderly.

We should be equally forthright in advancing our own agenda. If there is room for a deal, both partners could re-invent government communication successfully for the next decade: government communications, the freedom to operate, the drive to deregulate and the acknowledgement of advertising’s role in driving demand in a free society go hand-in-hand. l