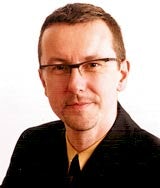 At Topshop, part of retail group Arcadia, Thornton oversaw the chain’s rebranding programme. Topshop was pronounced “fashion retailer of the year” during his tenure.

He subsequently became marketing director at youth Internet portal Lifebyte.com, but was made redundant when the company went to the wall earlier this year.

Nelson Bakewell has one of the largest property management teams in the UK, and manages shopping centres on behalf of companies including AXA, Henderson and the Prudential.

Thornton will provide the company’s clients with expertise in the relatively undeveloped field of shopping centre marketing. He will also appoint an ad agency to handle a spend of more than £1m.

He says: “Shopping destinations have generally been slow to market themselves as brands. In such an immediate consumer environment, the opportunities to build up sponsorships and third party initiatives are enormous.”