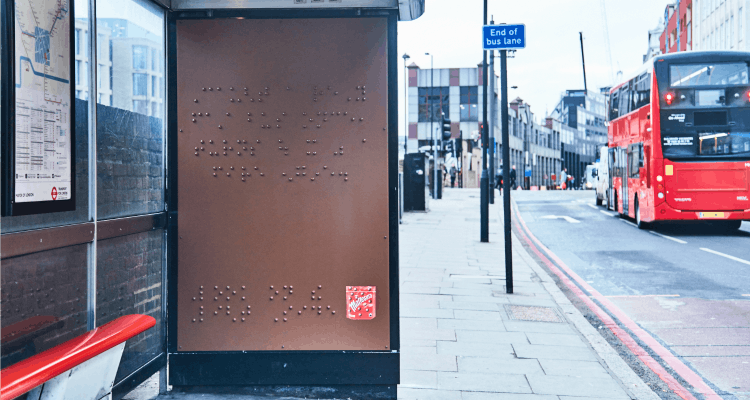 Maltesers is putting inclusivity at the heart of its brand after its Paralympic Games campaign featuring people with disabilities proved to be its most successful advertising in the last eight years.

Speaking to Marketing Week, Michele Oliver, vice-president of marketing at Mars Chocolate UK, which owns Maltesers, says the response from the public and consumers to its ads has been “wonderful” in terms of conversations around the campaign, sales and moving diversity up the agenda in the marketing industry.

So much so that it is now putting inclusivity at the heart of the brand.

“This is just the beginning,” she explains. “Diversity and inclusivity are at the heart of the brand and what it stands for and you should expect to see it in big or small ways in everything coming from the brand from now on.”

That includes in an outdoor ad, launched in London today (4 January), that is also part of its ‘Look on the light side’ campaign. It uses model-made Maltesers as braille to tell the true story of a blind lady waiting at a bus stop who accidentally got on a fire engine instead. To make it accessible to all, it includes an audio description and a translation hosted on its Facebook page.

We believed [diversity sells] but we didn’t know if it was true. The information we have at the moment says it is true.

Oliver explains: “Maltesers is the brand that looks on the light side of life and this scenario is just one example of the real-life, everyday experiences of people affected by sight loss; in this case from Michelle in Glasgow. This small-scale activation is a natural next step in our ambition to get closer to our consumers; by normalising disability in advertising and communications, and using humour to challenge preconceptions.”

‘Doing the right thing for business and society’

Oliver claims the Paralympics campaign was so successful that the brand’s sales were growing by 10% at the end of last year. She also says customers have been really positive about what it is trying to do and that brand metrics such as if people ‘like’ and ‘feel good’ about the brand and if they are more likely to buy Maltesers have “surpassed” any other campaign it has run in the last eight years.

“There is always a risk when you go into different territory but we have been overwhelmed,” she explains. “The information we have at the moment, both short and long term are all positive. It is exciting us very much, that you can do the right thing for the business and from a societal point of view.

“We believed [diversity sells] but we didn’t know if it was true. The information we have at the moment says it is true.”

Part of the reason for the success, says Oliver, is the creativity that a focus on diversity unlocks. “Sameness is boring. Diversity by definition is more interesting and gives more depth of creativity so why wouldn’t a brand look at including disability, LGBTI, gender and BAME people in your ads.

“Plus in FMCG like us, these are the people that buy our products, the people we are selling to and we have got to talk to those people and make them feel part of the brand.”

There have also been other advantages to the focus on inclusivity. Oliver says Mars has seen huge internal engagement around the advertising and now has some of the best talent at its agencies AMV BBDO and MediaCom wanting to work on the brand.

“People want to work on things that are exciting commercially and have meaning. This has tapped into that,” she explains.

Moving inclusivity up the marketing agenda

Mars was already looking into how it could transform inclusivity and diversity in its communications before the opportunity to advertise around the Paralympic Games came up. Its Maltesers brand subsequently won a Channel 4 competition, earning it £1m of free air time, which Oliver says “accelerated” the brand’s thinking as it was now working to a very tight deadline to ensure the ads were ready by the Games in September.

“We were a couple of months into that process when the opportunity came up with [Channel 4’s] Superhumans competition,” she adds. “The biggest learning from that was just to do something, rather than thinking about it.”

READ MORE: How brands are taking a proactive approach to disability

She admits the campaign has received some negative feedback, notably a comment piece in The Guardian that, while it welcomed the use of people with disabilities, queried why their disability was the story. Oliver says that has been a “difficult tension” but that through its work with disability charity Scope it knew that in many cases disabled people wanted their stories told to show what it is like to live with a disability.

“We consciously chose stories about the experiences of people living with disability. We aspire to be in a world where all diversity is celebrated and you don’t have to tell the story about the difference and can just tell a story about people. That is the aspiration but we are on a journey to get there,” she says.

“We could wait to get it perfect or we could try with the best of intentions and learn as we go along. That is why we have Scope on board.” 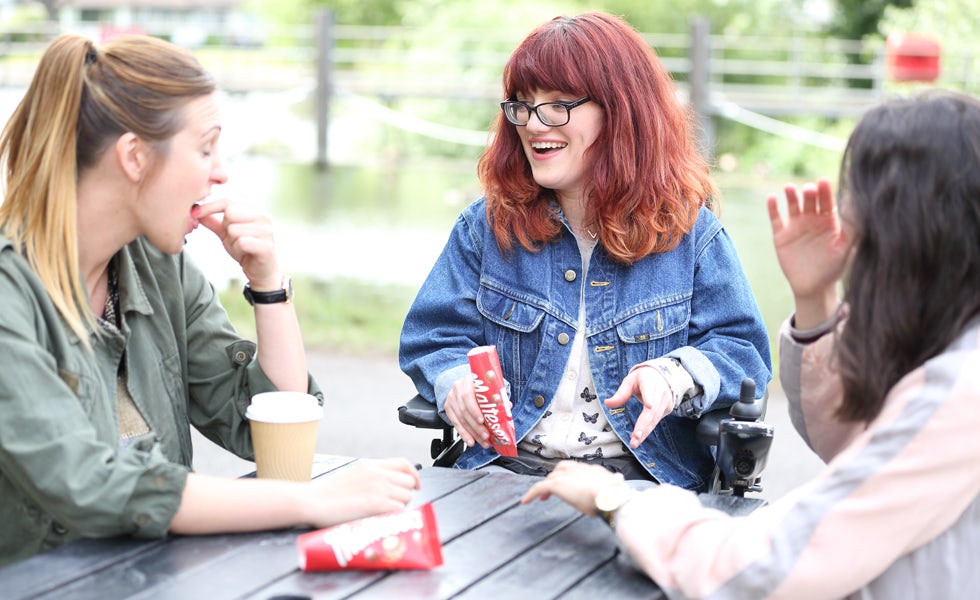 As for what comes next, the original Paralympics ads will be back on TV and on mobile devices following their success, while Maltesers is set to sponsor Comic Relief for the fourth time and will be including its inclusivity agenda in that. Then it’s “thinking caps on” to see what else both Maltesers and its parent Mars can do next.

“We have been delighted with the coverage diversity and inclusivity is getting. That has ramped up in the last six months in the trade and national press and people’s consciousness. We would love to think we have played a little part in that,” she says.

“But it is more important not just to talk about it but do actively do stuff. Clients must demand from their agencies diversity in casting but also who we work with as directors, producers, at every level. We have a huge voice and a massive responsibility and opportunity to make a change.”

Michele Oliver is speaking at the Diversity in Marketing and Advertising conference, of which Marketing Week is the media partner. To find out more information, including how to attend, visit https://dimalync.com/