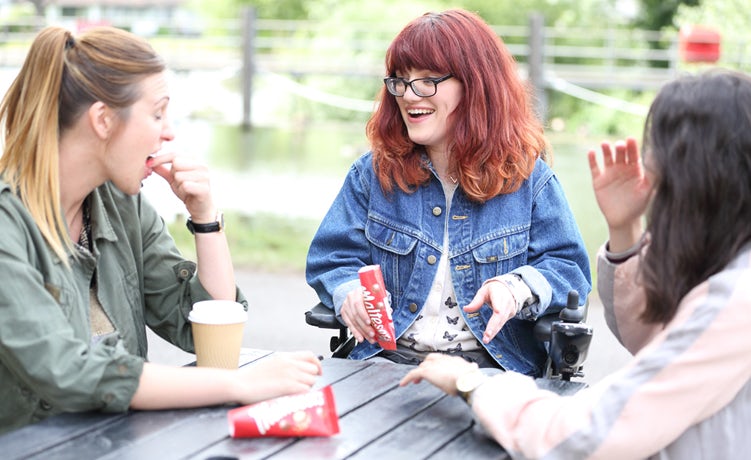 Mars and Procter & Gamble are the big winners at the Masters of Marketing Awards, with Maltesers and P&G’s brand chief Marc Pritchard claiming the gongs for ‘Brand of the Year’ and ‘Visionary Marketer of the Year’, respectively.

The awards were held at the Tobacco Dock in London last night (3 October). The Masters, hosted by comedy actor and writer David Mitchell, are part of The Festival of Marketing, which begins today (4 October) at the same venue in London.

Maltesers fought off the likes of Tesco, Brewdog, Just Eat and Amazon to claim the top prize, and was praised by the judges for achieving what is seen by some in marketing as the “holy grail – doing well by doing good”. Yorkshire Tea’s entry was highly commended.

After winning Channel 4’s competition for £1m-worth of free commercial airtime during the 2016 Paralympics, Maltesers has built differentiation into its brand by putting inclusivity at the heart of its positioning. Its ‘Look on the Light Side of Disability’ campaign, which featured disabled people in everyday situations discussing awkward encounters and experiences, was Maltesers’ most successful in more than 10 years and grew the brand by 8%.

Meanwhile, P&G’s chief brand officer Marc Pritchard has been named ‘Visionary Marketer of the Year’ thanks to his quest for transparency in media buying.

“The biggest marketing speech in 20 years” was how Marketing Week columnist Mark Ritson described Pritchard’s speech to the IAB in January. In his talk, he laid bare digital media’s failings, calling for increased transparency around media buying and viewability while raising questions about “murky” supply chains.

Pritchard also committed P&G – the world’s biggest advertiser – to several measures such as adopting one viewability standard and implementing accredited third-party measurement verification. Judges said the impact of his rallying call “is likely to resonate for years”.

Other big winners included Brainlabs, which was named ‘Agency of the Year’ and Jawad Safdar, acquisition marketing manager for home and ecommerce at EE, who was named the ‘Rising Star of the Year’.

Click below to see all the sector, channel and category the winners: