A pandemic-induced lockdown may not seem like obvious fodder for humour, but Maltesers is hoping to bring a “light side” to the current challenges people are facing in the hope it will help people cope.

Its new campaign is part of the brand’s ‘Look on the light side’ platform, which aims to shine a light on tough topics and “celebrate the resilience that laughter builds”, says Mars UK marketing director for bars and bitesize, Matt Boulter. Maltesers has previously tackled issues such as disability (having won Channel 4’s inaugural diversity competition in 2016), older people in the workforce and prejudice against the LGBTQ+ community.

A global pandemic and national lockdown, however, feel like a different beast.

“Look on the light side is about shining a light on some pretty tough topics through the lens that humour brings,” Boulter explains. “We have an open brief with AMV BBDO and they came to us fairly early on in lockdown saying: ‘This campaign is about tough stuff; the tough stuff now is lockdown’.”

While that might be the case, getting the tone right for something that is “extremely serious” was a key consideration. However, Maltesers drew on the insight that while lockdown is very tough for people, they benefit from a lift and this often comes from friends.

“It’s recognising the role confectionery plays. We try to bring little moments of happiness and joy, which is exactly what people need right now. That is what guided us through the process,” he adds.

In the campaign videos women are shown chatting on Zoom about challenges including childcare, living alone and dating. Unlike other campaigns created during lockdown, it does not feature user-generated content but instead uses actors, scripts and a director.

Boulter admits that if someone had told him six months ago he would be creating ads in less than three weeks, filmed entirely over Zoom and edited remotely, he would not have believed them. But he says this way of working has brought an agility and relevance to the work.

“As consumer behaviour evolves this sort of agility enables us to get a relevant message out to a lot of people. Some of the new ways of working that enable us to do that have every chance of enduring given the customer base and the importance of being a brand that is as relevant as possible. Being able to turn an idea into a campaign in four weeks, the importance of that won’t go away,” Boulter says.

I’m not sure we’ll get a sales metric out of this – now is not the time because shopper behaviour is so different. But if we can be there and have brought a smile, that’s the role the brand plays.

While the campaign has a light tone, Maltesers was also quick to recognise that a “little lift” might not be enough for everyone given the serious challenges many are facing. On social media, the campaign is supported by mental health charity Mind, signposting help and advice for those struggling.

“For millions of people at the moment who are in their homes in lockdown, they would really benefit from a little lift – which is where the ads come in. The reality is for some people that is not enough, for many the mental health challenges of this are real,” he explains.

“What we wanted to do was provide a little lift for those who benefit from it, but for those for whom that is not enough we can connect them with Mind. Mind is fantastic at pointing people in the right direction for the help they need. The two together we hope provides the greatest benefit to people.”

The campaign will mostly be running in digital, including on Channel 4’s on-demand service All4 during comedy programming and on social media. Maltesers wanted to be in sync with the shift to increased usage of streaming services, while also ensuring its ads were appearing around contextually relevant programming.

“If you put it in that context it almost continues their experience – watching a comedy and then getting a little lift in the break,” Boulter adds. 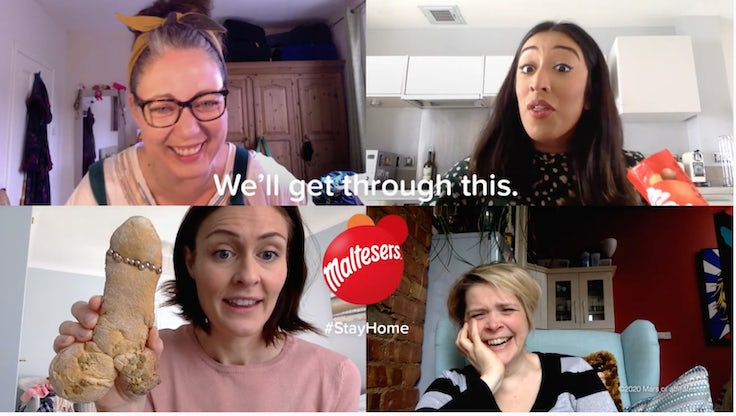 Look on the light side has been hugely successful for Maltesers as a brand platform, helping it to win Marketing Week’s Brand of the Year in 2017, and Boulter says the brand will be taking a long-term view on this latest campaign. Brand building, he says, remains hugely important to Mars (which owns Maltesers) and is the main aim of this campaign.

A short-term impact on sales will be harder to pin down. The lockdown has shifted shopper behaviour and, while confectionery remains “very relevant”, it has led to more purchasing of bigger packs and less impulse buying.

“I’m not sure we’ll get a sales metric out of this – now is not the time because shopper behaviour is so different. But if we can be there and have brought a smile, that’s the role the brand plays,” he says.

“Brand building continues to be extremely important and relevant to us. Will we continue to build brands? Of course we will. But do we need to do that in a way that is relevant for the current context? Absolutely.” 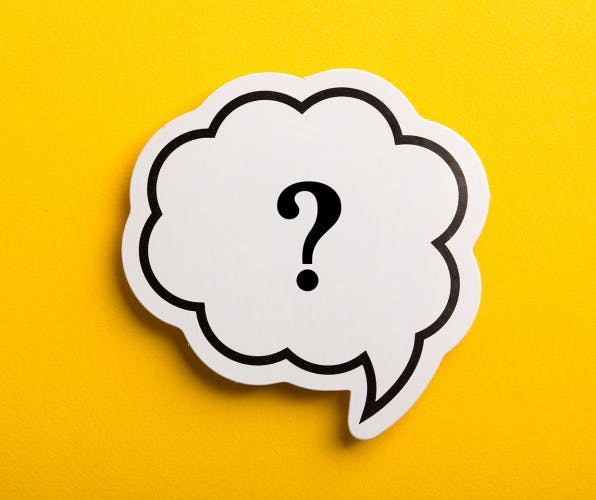 As chief growth officer of Mars, Berta de Pablos-Barbier is dedicated to eliminating stereotypes, but as a junior marketer one senior leader’s advice to get rid of her accent and adapt her leadership style nearly changed the course of her career. 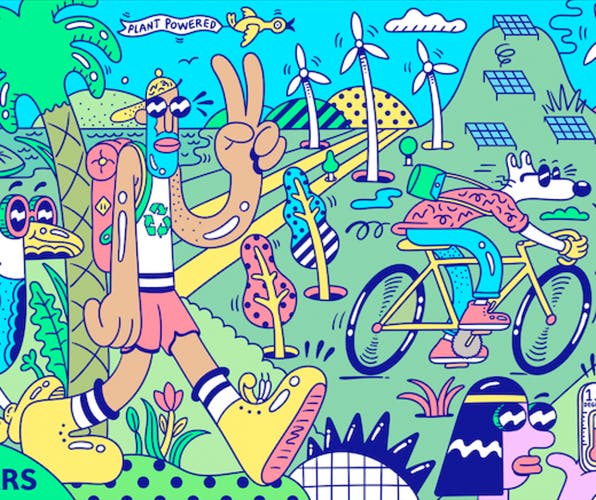 Mars is tackling climate change through a three-pronged strategy that will target its consumers, suppliers and its own operations.