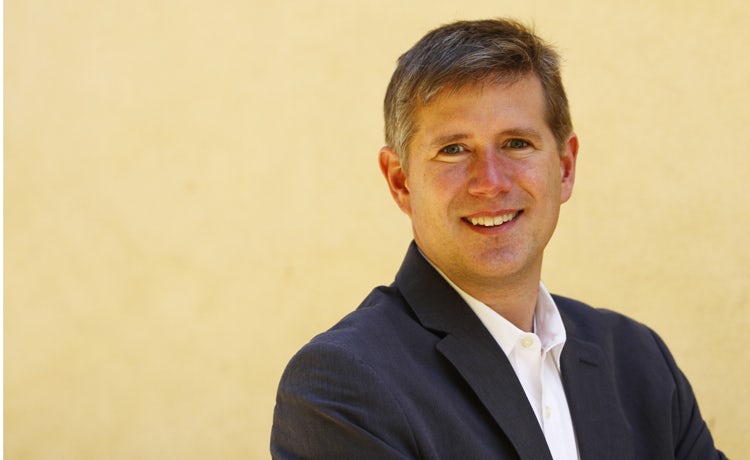 A picture is worth a thousand words, or at least that’s how the saying goes. One man who agrees whole-heartedly is Tom Fishburne, perhaps better known as one of Marketing Week’s longest-serving regular contributors: the Marketoonist.

“I think of cartoons as little encapsulated stories, a leaping-off point for more in-depth conversations,” he says. “Cartoons are one of those mediums that have always been tacked up on a fridge door because it’s a simple shorthand that reflects a point of view people want share.”

Fishburne is a marketer by trade and started drawing cartoons to entertain his co-workers while working at General Mills. After several years in the industry he took the plunge seven years ago and made being the Marketoonist his full-time job, helping businesses to communicate marketing stories with cartoons, as well as supplying his drawings to publications such as Marketing Week.

“It’s an exciting time to work in marketing as there are so many new ways to get in front of audiences, but it has never been trickier to keep up with the pace of change in technology. It’s that friction I find funniest,” he says.

The universal truths of marketing 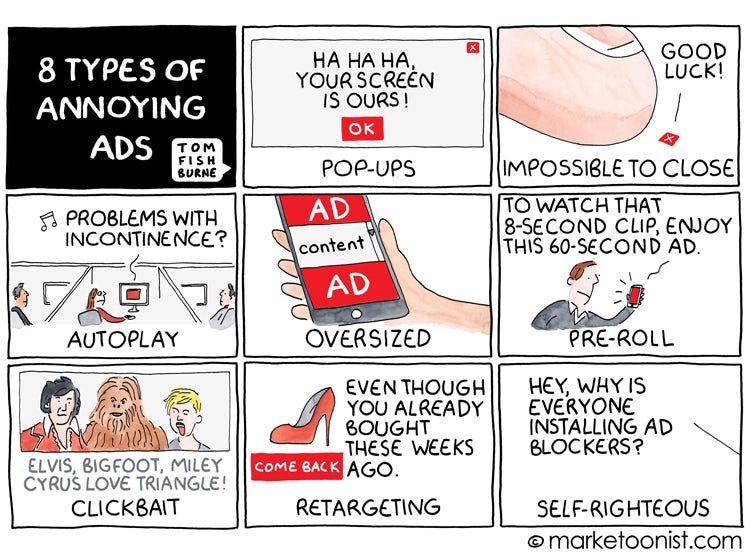 Although the industry is going through an intense period of change there are certain topics that are as relevant and true today as they were when he began 15 years ago. Breaking down silos is one such perennial challenge, he says, as is communication between clients and agencies, which is only exacerbated when new technologies emerge.

I got emails from all these people that were following the news on WikiLeaks saying that one of my cartoons had popped up in an NSA presentation.

“I hear from a lot of people about the things they’re struggling with. I get a real sense of what’s very topical but also what’s the same year in, year out,” he explains.

“The best cartoons are the ones that reflect your situation – maybe in an absurd way, but they reflect some kind of pain point or issue.”

Fishburne, who will be speaking at the Festival of Marketing on 5 October, says it came as “a big surprise” to see how common certain issues are. Despite starting out as the Marketoonist for the amusement of his FMCG colleagues, he quickly saw people from other sectors and markets sign up to receive his weekly email so they could share their own experiences and bugbears. 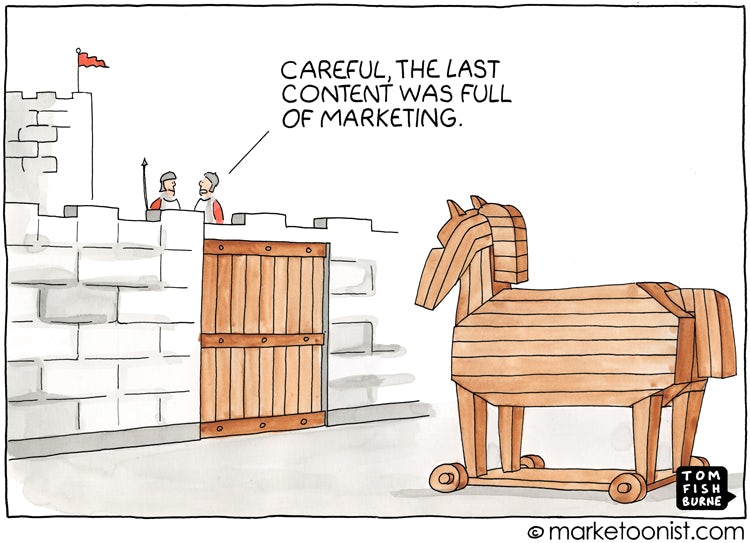 He says the “weirdest connection” came after whistleblower Edward Snowden revealed the US National Security Agency’s (NSA) top-secret documents in a 2013 leak. “I got emails from all these people that were following the news on WikiLeaks saying that one of my cartoons had popped up in an NSA presentation. I certainly didn’t have them in mind as an audience but it goes to show how participatory cartoon media is.”

While there are recurring issues he addresses in his work, Fishburne believes the biggest change over the years has been the broadening media landscape and the impact of digital.

“There used to be an assumption in marketing that you could have a captive audience, that if you had the right media you’d get your message in front of the right people; but the balance of power has shifted dramatically,” he says.

When Fishburne entered the marketing industry in 2002 one of his first jobs was working on Green Giant sweetcorn, which he calls “a classic advertising icon”.

“It was rooted in the ‘Mad Men’ era of marketing thinking. The creative brief was literally written by a young Leo Burnett,” he says. “When I started working on the brand everyone believed the same assumptions were holding true and one of the big ones was that there would always be this captive audience.” 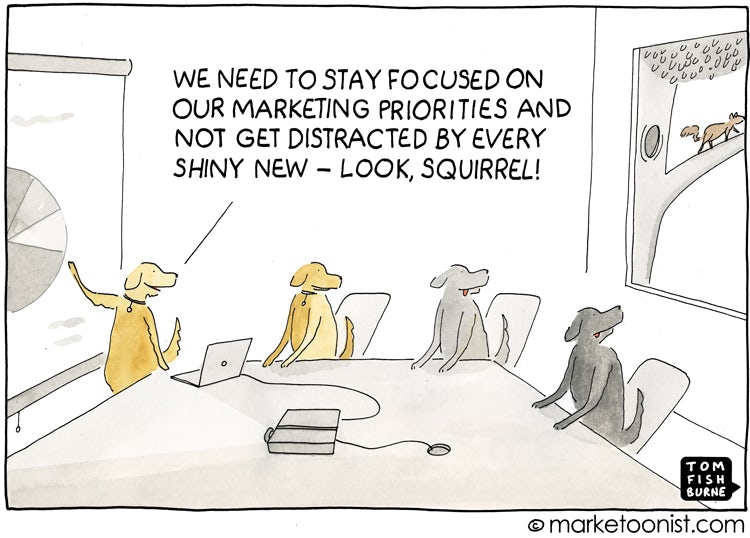 To highlight this shift, and celebrate 15 years of the Marketoonist, Fishburne has created a book of his favourite cartoons, aptly titled ‘Your Ad Ignored Here’.

“It’s harder than ever in some ways for marketers to really cut through the clutter and get people’s attention but it just raises the bar on creativity and what’s worth sharing,” he says.

In trying to understand this new landscape, Fishburne believes marketers are sometimes guilty of using technology as a crutch.

“Marketers get really excited and think ‘we need a Snapchat strategy’ rather than think ‘we need a strategy for how we engage our audience and Snapchat may play a role’. One tactic is not a strategy, so marketers need to get beyond the ‘shiny new object’ syndrome and instead think fundamentally about what they’re trying to do as a brand and how new technologies can help advance that strategy rather than letting the cart lead the horse.”

READ MORE: Mark Ritson – Tactics without strategy is dumbing down our discipline

Using cartoons as an icebreaker

While the majority of commissions he takes are for external marketing purposes, Fishburne says he is increasingly working with companies to create internal communications.

“With cartoons you can talk about taboo topics. A lot of organisations will use them as a bit of an icebreaker,” he explains.

“For the marketing teams at Unilever or Mars, for instance, we’ve created a body of cartoons that help the whole internal organisation talk about some of the changes that are happening and how the marketing team needs to evolve to address them.” 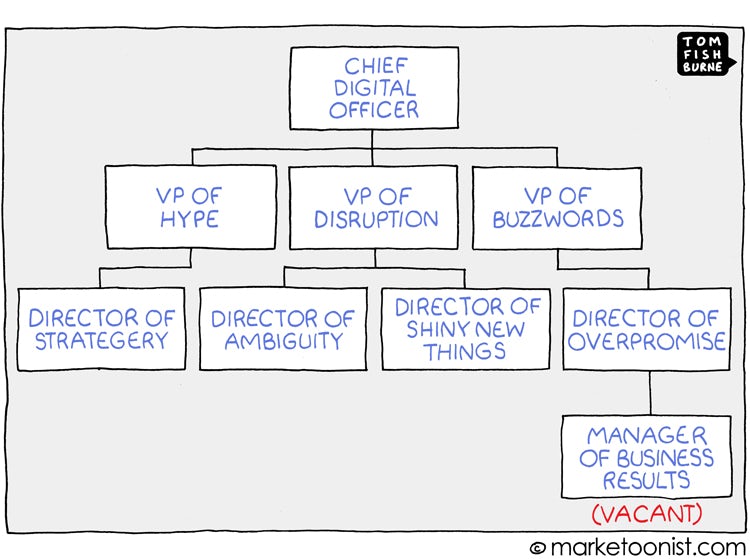 Again, there are common themes that come up time and again, particularly around breaking down silos and translating what marketing does to the rest of the organisation.

“There are fundamental issues that the marketing team often ends up being at the centre of, yet they are frequently in a position where they need to manage by influence rather than by direct report,” he says.

“That can be a challenge but it’s also really exciting because if you can inspire the rest of the company to really see what they do as an extension of marketing, your marketing will be viewed as that much stronger. But it requires marketers to take a leadership role and so a lot of the cartoons are designed to help create thought-starters for ways to do that.”

Fishburne describes cartoons as “the original social media” and despite being a very old medium – one perhaps more associated with print – he believes the format is experiencing a “really interesting renaissance” as so much can be said in a limited space, which is all the more important as people become increasingly time-poor.

“There is a lot of experimentation with artists who are recognising that simple visual media get shared really well. Cartoons are one of the most efficient ways to create visual media as you can pack so much information into such a small space.”