The club posted losses of £197m, on the back of a £460m investment in new players, such as Mario Balotelli and David Silva, and a spiralling wage bill.

The operating loss does not include income from Manchester City’s reported £35m sponsorship deal with Etihad Airlines or revenues from the club’s Champions League games played this season.

The loss far outweighs the previous biggest ever football loss: £145m posted by Chelsea in 2005, a year after Russian oligarch Roman Abramovich took over the club.

It raises concerns as to whether Manchester City will be able to comply with UEFA’s “financial fair play” rules, which takes effect in the 2013-14 season and requires clubs to break even over the next three years. The club reported an operating loss of £126m in the 2009-10 financial year.

Graham Wallace, Manchester City’s chief operating officer, says the losses will not be repeated again on this scale in future.

He adds: “These financial results represent the bottoming out of financial losses at Manchester City before the club is able to move towards a more sustainable position in all aspects of its operations in the years ahead.”

Manchester City was taken over by Sheikh Mansour of Abu Dhabi in 2008, who has invested hundreds of millions of pounds in transforming the club from averaging mid-table finishes each season to now topping the English Premier League.

The club has invested heavily in marketing since the 2008 takeover, particularly in digital channels as it looks to increase engagement and revenue online and attract overseas fans. 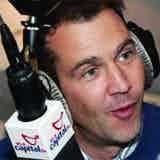 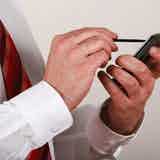