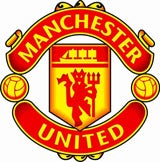 The group, which wants to force a change of ownership of the club, wants Sharp to be part of a portfolio of alternative partners keen to align themselves with fans rather than the club’s owner, the Glazer family.

Manchester-based consumer and professional electronics maker Sharp, which sponsored Manchester United from 1982 to 2000, will lend its name to a new alternative green and gold team shirt. Proceeds from the sale of the shirts will go to the Prostate Cancer Charity.

Must hopes that the shirt and other alternative merchandise will take revenue away from the club’s current owner. MUST is angry at the £700m debt the US family has saddled the club with.

As well as signing alternative backers, the group will continue to lobby official sponsors such as Aon and Nike.

A spokesman for the group says: “In effect we’re asking them [existing sponsors] and potential sponsors to choose between the fans or the Glazers.”

The green and gold top is the second alternative team shirt to be released. Proceeds from the first went to the British Heart Foundation.