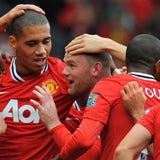 Match day turnover increased by £8.4m year on year to £108.6m as United looked to have reversed its struggle to sell corporate boxes.

United, who won the Premier League and were runners up in the Champions League this season, also recorded commercial turnover of £103.4m.

The club signed two new commercial deals earlier this month – after the financial reporting period. Logistics company DHL became the club’s first training kit sponsor in a four-year deal reported to be worth £40m and United also formed a partnership with Vietnamese mobile phone group Beeline, as it looks to grow its global ties.

Manchester United’s owners, the Glazer family, are currently preparing a partial flotation of the club on the Singapore stock exchange to exploit the popularity of the club’s brand in South East Asia.

Despite the club’s recent commercial success, Manchester United fan groups have denounced the debt that the Glazer family has allegedly saddled the club with. 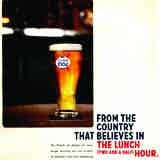