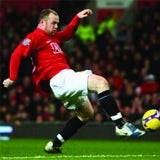 The printer, projector and scanner maker is now the club’s “official office equipment partner”. The value and duration of the deal were not disclosed but it is understood to be a two-year agreement worth £3m.

News of the deal comes just weeks after Epson was reported to be readying a bid to buy the club from owners the Glazer family. Rumours circulated after the Glazers cleared £220m in high-interest PIK loans.

Clearing the debt reduced the club’s burden to £526m but has not satisfied fans groups such as the Manchester United Supporters Trust, which is angry with the debts that the Glazers have saddled the club with.

Interest payments on the PIK loans offset improved commercial revenue earned from sponsorship deals with the likes of Nike and Aon last year.

The club’s commercial revenue increased 16.5% to £81.4m in the year to 30 June but the club registered a £67m loss because of interest payments and a £67m one-off charge relating to a bond issue.