The move comes after the Red Knights, the group of City financers looking to seize control of Manchester United, reportedly shelved plans to launch a £1bn takeover bid because current owners the Glazer family wanted more than £1.5bn to buy the club.

MUST, the organisation looking to oust the Glazer family, says it is not interested in making money but instead wants “to invest instead in squad strengthening, stadium improvement, rewarding loyalty with fairer ticket prices and paying down the debt” by creating “fair value and doing what is right for the football club.”

In a statement MUST says: “We completely support the stance of the Red Knights group not to pay a ridiculous premium price to the Glazers. We want to see investment in the club – not more money going into the Glazers pockets. After the damage that they have already inflicted on our club many supporters would feel sickened to see them walk away with a huge profit.”

At the end of the season MUST launched a press campaign thanking supporters for backing their cause last season. The words “One Love” appeared in large green and gold letters above a thank you to the club’s supporters. Green and gold are the colours of Newton Heath, the founding name of Manchester United.

MUST is angry with the £700m debts the Glazer family has saddled the club with. MUST recently called on the club’s corporate sponsors to “choose sides” between the fans and the Glazers.

Consumers who buy products and services with no intention of paying for them have been flagged across the transactional and lifestyle databases Active and DeActive held by Scientia Data. Following a partnership with Fraudscreen, the payment intent company, more than 24 million active buyers can be segmented according to their likelihood of paying their bills. 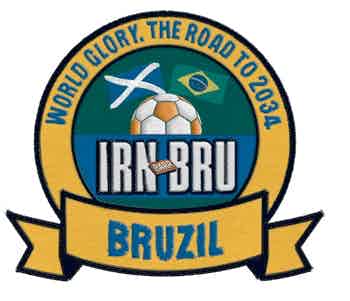 Soft drink brand Irn-Bru is looking to boost Scotland’s chances of qualifying for future World Cup tournaments by launching a campaign calling on Brazilian men and women to help “create the next generation of Scottish football legends”.

Doritos has shortlisted three entries to competed in the final of user generated ad contest, with the winning film becoming the next Doritos TV ad.