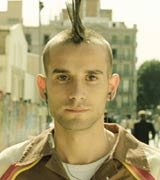 Manchester United fans opposed to Malcolm Glazer’s £790m takeover are preparing to intensify their attack on the club’s sponsors by targeting their advertising.

Shareholders United, which owns two per cent of the club’s remaining shares and claims to have 31,000 members, is considering making thousands of individual complaints about every ad from sponsors, which include Vodafone, Nike, Budweiser and Audi.

The idea is one of a number being considered by the group’s management committee. One source says there is a plan to target a recent Nike ad that shows athletes running barefoot by saying it is irresponsible and encourages children to run without shoes, which could be dangerous.

The source adds: ’We know it’s petty and we know it’s not the sponsors’ fault but we need some way of causing problems for Glazer from a financial point of view. One way of doing that is to make it less desirable to be a Man United sponsor.”

Fans hope that if the Advertising Standards Authority receives enough complaints it will be forced to act.

However, Ben Wells, an account director at sponsorship consultancy Redmandarin, says: “They’re making themselves look pretty silly. The sponsors don’t have any direct involvement with how the club is run.”

Shareholders United is also calling for a boycott of all products sold by the sponsors and it was claimed this week that almost 30,000 fans had cancelled their Vodafone contracts since Glazer seized control of the club earlier this month.