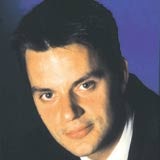 The man responsible for turning Pepsi blue in the UK has been put in charge of BBC’s marketing.

But Tim Davie, vice-president of marketing and franchise for PepsiCo Europe joins the public broadcaster at a crucial time. The organisation is under the spotlight over its future funding and is in the middle of mass job cuts, as first reported in Marketing Week (December 9, 2004).

Davie, who turned down the role of ITV marketing director last year, as first mentioned in MW (October 28, 2004), will be expected to have an input in both the funding and jobs issues in his new position as director of the BBC’s marketing, communications and audiences division. He will also have a seat on the main executive board.

One of his first tasks will be to complete the restructuring of the marketing department. One of Davie’s business contacts says that he will have “no problem” in cutting jobs. “If there is fat, he will cut it out.”

BBC staff are due to stage demonstrations today (Wednesday) over 6,000 job cuts across the organisation , to coincide with the publication of the Government’s Green Paper on the BBC’s Royal Charter renewal. Although culture secretary Tessa Jowell is expected to guarantee the licence fee for the next ten years and reject the alternative of top-slicing to fund an alternative public service broadcaster, it does not mean that the BBC will receive the licence fee in perpetuity. There is speculation that Jowell will announce a further inquiry into the BBC’s long-term funding, the outcome of which will coincide with digital switch-off, set for 2012.

Andrew Marsden, category director of Britvic Soft Drinks, which distributes Pepsi in the UK, believes Davie is capable of coping with these issues: “He thinks strategically and is used to dealing with big political organisations and large geographical areas.”

Davie’s predecessor Andrew Duncan is credited with simplifying the marketing process at the BBC by introducing a prioritisation system. One insider says this system is unlikely to change as it has the support of the executive board, including director-general Mark Thompson.

But one area that Davie could turn his attention to, soon after he joins in April, is the BBC’s advertising roster, which includes Fallon, DFGW and Abbott Mead Vickers. BBDO, the contracts for which are due to expire in February next year. PHD handles media planning and buying.

If Davie, who began his career at Procter &amp; Gamble before joining PepsiCo in 1993 as UK marketing manager and turning Pepsi blue, wants to make significant changes then he will have to win over the executive board and his team. This could prove to be a problem. Another business contact says: “I think he has a lot to learn to take people with him, and spend enough time convincing people that he is right.”

However, it is unlikely to stop the running-mad 37-year-old from getting what he wants. Describing Davie as “supremely self-confident”, another contact says: “There are people out there focused on flying at 35,000 ft and nothing is going to get in their way – he is one of them.”