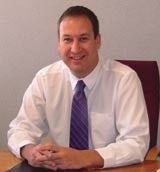 Manor Bakeries marketing director Ian Ayling is to quit after three years in the job. He will leave the manufacturer of Mr Kipling cakes at the end of this month to pursue other opportunities in the grocery sector.

Parent company RHM has yet to appoint his replacement and the company is searching for a”suitable” candidate. An RHM spokesman says it is unclear whether the replacement will be an internal appointment.

Ayling joined the RHM Group nine years ago and worked on Bisto and Paxo at Centura Food. Centura was created by the merger of Bisto Foods, James Robertson and JA Sharwood in 1999.

Ayling was promoted from marketing controller of Bisto Foods to director of marketing for Bisto, Paxo and Saxa as part of the merger. He joined Manor the following year as marketing director and oversaw the appointment of Saatchi &amp; Saatchi to the &£6m Mr Kipling business.