Scott was in a race against time with Norwegian explorer Roald Amundsen, who was also heading south in an attempt to reach the pole ahead of Scott’s British team.

History records what happened next. The expeditions set up their respective base camps and eventually after more than a year of planning both set off for the Pole. Scott and his men suffered a horrendous journey and arrived at the Pole only to discover that Amundsen’s team had beaten them by more than a month and were already on their way back to base camp.

In his diary, Captain Scott recognised that “all the daydreams must go; it will be a wearisome return”. Alas, it was to be a return that neither Scott nor any of his four remaining team-mates would complete – all died on the journey home.

I tell the tragic tale of Scott of the Antarctic to (frankly often bemused) MBA students when I start my class on market segmentation. It might sound like a strange way to start a marketing class but I believe that the lessons of Scott and more importantly Amundsen offer some of the keenest insights you can ever get when it comes to marketing planning.

One of the key reasons why Amundsen beat Scott so easily was that he had a better map of Antarctica and consequently planned a much more efficient journey to the Pole. While Scott focused on raising cash and equipping his team with every possible means of transportation, Amundsen spent his time surveying the Antarctic and eventually opted to set up camp at the Bay of Whales. Amundsen had correctly surmised that from this location his journey would be short and feature less time at high altitude. Meanwhile, Scott opted for a more familiar base camp but one that was an agonising 60 miles further from the Pole than Amundsen’s camp.

Before you start executing tactics, sit back and get your map right

It’s the simplest of all the marketing planning lessons but also one of the most powerful. Before you start executing tactics, sit back and get your map right. And when we talk about market segmentation that is all we are really speaking about – a map of the market. I often point out to clients during marketing planning sessions that market segmentation is about the market and not about them. That means that if their main competitor across town is as smart as them they will be building exactly the same market segmentation. Rarely, however, does this happen. And, like Scott and Amundsen, the team with the better map usually triumphs in the end.

Like all great expeditions a good map is the first step to a successful journey. Only with the market laid out accurately before the marketing team can the journey be planned in the form of targeting. There is a moment in all proper marketing planning sessions where you cross the divide from segmentation to targeting. You literally feel it. One minute you are working out the segments, the next – with that process complete – you are standing back surveying the completed map and for the first time considering your targeting options for the year ahead.

And here again we can learn much from the differences between Amundsen and Scott. The Norwegian was clear on the purpose of his expedition – he wanted to be the first man to the South Pole and planned his journey accordingly. He used dogs to pull his sledges there and back. Nothing more.

Scott, however, saw himself as being in both a race to the Pole and on an important scientific journey. His confusion was compounded by the manner in which he intended to get to the Pole, which included dogs, ponies, motor sledges and men hauling sledges. Amundsen made it there and back ahead of his original schedule, Scott, for all his complexity and multiple objectives, froze to death on the Ross Ice Shelf.

Amundsen’s singular focus is exactly the kind of approach recommended for most targeting strategies. Most marketers can only manage one target segment at a time and in my experience the clarity that comes with one target segment, one positioning strategy and one set of objectives always wins out over the complexity conferred by having multiple target segments.

So for all the patriotic grandeur of Scott’s diaries and his tragic death, I strongly urge you to be an Amundsen not a Scott when it comes to matters of marketing planning. Take time to build the right market segmentation. Only when it’s complete should you then step back and – with all your focus and strategic intent – chase the one segment that you know you will reach faster and better than your competitors.

Victory favours the brave, but as the tragic case of Scott of the Antarctic emphasises – it also favours those with the better map and clearer focus. 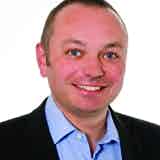 Ivan Browne, director at GfK NOP, says marketers and retailers have to make the most of December as prospects for the New Year look bleak. Although for retailers and their marketing teams Christmas has been in full swing for the past few months, November and December is when consumers enter the fray with gusto. But […] 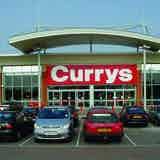 As electronics retailers turn their focus away from products to customer service, Dixons unveils the latest stage in its revamp as the specialist with the knowledge. The battle for technology goods sales will be played out in customer service if Dixons Retail and other specialist electricals retailers have their way. The specialists are keen to […] 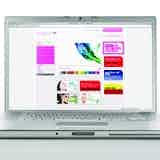