Then came the discovery this week that during a test phase in Hamburg, Google’s street vans had been capturing WiFi data as well. The company contends that this was simply an unintended consequence from an experiment to capture public WiFi network location data as yet another layer for its maps and images. The German data protection authorities remain to be convinced.

To the average citizen, the disagreement probably seems arcane. Many happily surf for free on unsecured networks, whether overtly -through their provision by a variety of retailers, city centres, hotels and the like – or covertly by simply looking for a base station that is not locked. Most of this activity is just opportunistic emailing and web browsing.

What concerns the regulators, however, is what Google might ultimately seek to do with any data it gathers during its mapping operations that could infringe on the privacy of a private individual. It is already pretty much a given that, should it want to, the search engine giant could figure out who you are and where you live just from your search patterns. That information resides in the vast clickstreams that are core to Google’s business, but which it does not share with others.

What is different about the mapping tools is that they are intended from the outset to be used widely and freely, driving openness and transparency through the Internet’s incredible reach and ability to yield unexpected data mash-ups. Who doesn’t already take geo-location data as part of mobile phone apps for granted, for example?

Now suppose that your domestic wireless router somehow got included in one of those maps as a publicly-available WiFi resource? It is not a long step from there to your personal data streams being intercepted and read by an enterprising – and not even that technically-minded – hacker. Privacy not just lost, but risks of ID theft and fraud dramatically increased.

That is why the data protection authorities in Europe are regularly butting heads with Google. At stake is the question of where the boundaries now lie for the public domain and how aware individuals need to be about when they step into it. As popes, politicians and pirates have learnt over the centuries, maps can demonstrate the extent of your empire, but also the limits of your power. 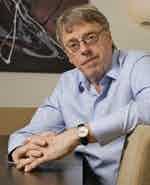 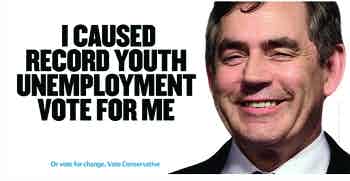 The Conservative Party is ramping up its campaign efforts with a series of posters attacking Prime Minister Gordon Brown, while Labour has taken the unusual step of asking supporters to create its new advertisement.