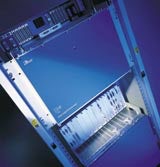 Marketers at Marconi are facing an uncertain future after the beleaguered telecoms equipment maker failed to win a role in BT’s £10bn network revamp.

Marconi warned this week that job losses are likely. A spokesman says the sales and marketing department could be among those affected.

The company employs 4,500 people in the UK and as many as 2,000 jobs are thought to be at risk. Marconi’s senior marketer is chief marketing officer Martin Harriman.

Marconi’s share price fell almost 50 per cent last week, when BT told the company it had failed to land any work on the £10bn plan to build a “21st-century network”.

In recent months, it has been working with Morgan Stanley to find a suitable candidate to take it over, but the board has, in effect, hoisted the “for sale” sign following last week’s news.

There are now fears that Marconi will become another MG Rover, but Trade and Industry secretary Patricia Hewitt said this week that the Government is unable to spend taxpayers’ money to protect workers’ jobs.