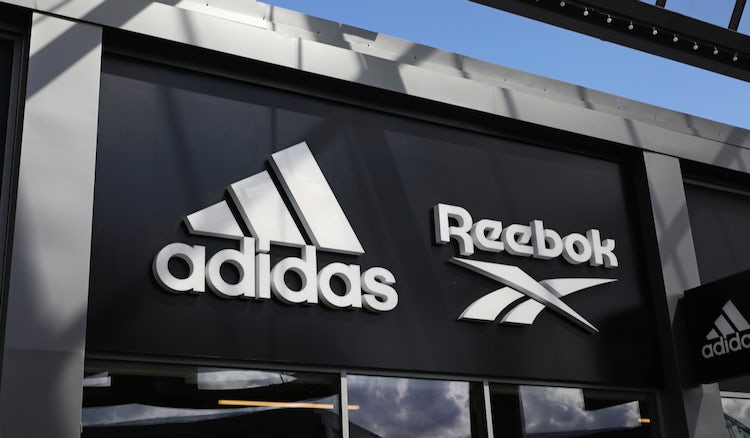 Joseph William Foster is not a name you encounter in the annals of branding history. He really should be right up there, between James Dyson and Henry Harrod among the branding greats, for two reasons.

First, because he launched a relatively successful sporting goods company called JW Foster that would go on to manufacture one of the first sets of spiked track shoes. And second, because he eventually had two grandsons called Joe and Jeff.

In 1958, these Bolton-based brothers decided to follow in the family footsteps and launch their own running shoe business. Initially, their new company was to be named Mercury but copyright issues made this first choice impractical. So, they settled on a little known South African antelope with a strange name and wooly brown coat. The brothers were circumspect about launching a brand with a silent ‘h’ in the middle of its name, so they shifted from the original Rhebok to its more accessible Afrikaans alternative. Reebok was born.

The ensuing brand story is not actually about the Foster brothers at all. As is so often the case in brand heritage, the founders are eclipsed in the narrative by a peripheral character who becomes the saga’s true hero. Bowker and Baldwin quickly bowed out to Howard Schultz at Starbucks. Eberhard and Tarpenning did the same at Tesla for Elon. In Reebok’s case the star of the early chapters in the brand’s history was a man called Paul Fireman.

Fireman was a clothing wholesaler from Cambridge, Massachusetts who saw the potential for Reebok to become the third big sporting brand alongside Nike and Adidas. In 1979 he paid just $1.5m to become the brand’s exclusive US agent. Five years later, with Reebok sales rocketing in America, Fireman went one step further and bought the Fosters out to become its sole owner.

The rest of the 1980s were, ostensibly, owned by Reebok. If you grew up in subsequent decades it would probably surprise you to find out that both Nike and Adidas played second fiddle to the Bolton-born brand. It was Reebok that saw the potential of aerobics and cornered that market. That subsequently saw equal potential both female and male product lines. That signed basketball players Shaq O’Neal and then Allen Iverson to exclusive deals. That would become more closely associated with the NBA than either Nike or Adidas for a significant period of time.

By 1988 Reebok held a 27% share of the athletic footwear market in the USA. It did 50% more shoes sales in the US than Nike.

But the 90s were tougher for Reebok. Both Adidas and Nike fought back with big-budget marketing deals, and a focus on urban street culture and sporting excellence. Reebok was not failing – throughout the decade the brand continued to record billion-dollar revenues. But the Big Two sporting brands pulled away and were now facing off in a titanic struggle for global sporting domination.

Any moron can throw a single ball in the air and catch it. The minute you have two, three, five balls in the air, most of us are in trouble.

And it was that domination that drove one of the two companies, Adidas, to acquire Reebok in 2006 for $3.8bn. Three reasons drove the purchase. First, Reebok remained a strong brand with good fundamentals that Adidas saw as both a threat to its own sales and a boon to its own bottom line after acquisition.

Adidas also remained weaker in the US than other regions, with barely 5% of shoe sales. The historical strength of Reebok in America, with more than three times the revenues of Adidas, magnified its attractiveness.

And, finally, Adidas saw Reebok as its Nike-killer. The acquisition would enable the company to focus on the growth of Adidas, while operating Reebok in a such a way that it would take Nike on directly at its own game.

Things did not quite work out that way.

To understand why, you must first step back and understand the nature and challenge of brand architecture. The term describes the manner in which a company arranges its multiple brands in an optimal way. Just as an architect surveys a space and then designs a home with the ideal number and arrangement of rooms to make a house as livable as possible, a company must work out both the optimum number of brands in its portfolio and the manner in which those brands will, and won’t, reference each other in front of consumers.

The problem for most companies is that their branding eyes are bigger than their management bellies. What I mean by that is that every company sees all the advantages of operating multiple brands – revenues, synergies, shared costs and scale. But almost none foresee the operational challenges that ensue before any of these advantages might be attained. Put more simply, most companies barely have the competence to manage one brand, never mind navigating the multiplicitous hurdles that a portfolio brings.

To go even further: any moron can throw a single ball in the air and catch it. The minute you have two, three, five balls in the air, most of us are in trouble. When you try to juggle without the requisite juggling skills, you do not just drop one or two of your five balls. They all come tumbling down as your attention and resources are stretched beyond your capabilities.

Ninety-nine percent of the companies that attempt to run a ‘house of brands’ simply do not have the core competencies to do it. And, in a corporate extension of the Dunning-Kruger effect, their ignorance extends to how difficult managing a portfolio of brands really is and also how poor their existing brand management capabilities actually are.

P&G makes it look easy. LVMH has mastered it. But most average companies have neither the marketing muscle nor the appetite for investment that proper multi-brand management demands.

The list of requirements is mind-bogglingly different from running a single brand operation. Chief executives have to learn to not play favourites, and to give each brand an equal shot and equal attention. The other executives must become comfortable with the holding company that employs them taking a back seat and allowing the consumer brands chance to shine in its place.
HR people need to cool their bureaucratic impulses and avoid building genericising employer brands, given each separate brand must be left to do its own thing.

They also have to grow comfortable with intra-company competition – a healthy sign of a well-run portfolio company, not a conflict that needs to be resolved. Company strategists need to learn that most difficult of things: that what works for brand Peter would not be good for brother brand Paul. Worst of all, the company’s accountants have to adjust to a world where five brands usually require five different, equally expensive versions of the same thing. Five HQs. Five creative agencies. Five CFOs. Five packaging types. Five. Five. Five.

Sure, there are synergies. But not as many as most think. The trick is to draw the line between back-of-house savings and front-of-house independence in the perfect place. Draw it too far back and the costs will be titanic and the enterprise doomed. Draw it too far forward and the savings are wonderful but the brands become generic and ultimately unattractive, and the enterprise is ultimately doomed.

What starts of as a dream of synergy, scale and strategic opportunity invariably turns to shit as the acquiring company realises that it cannot juggle. Smart companies like Adidas are capable of grasping this before they drop all of their balls; many others head toward immolation before this realisation arrives. Over the last decade many of the brands Adidas once ran have been quietly sliced off and sold on. Salomon, the French sports brand, was dropped in 2005. In 2015 Rockport was traded to New Balance. Golf brand Taylormade was offloaded to private equity in 2017.

Now it’s Reebok’s turn. Last week it was sold for $2.5bn to Authentic Brands Group (ABG). It’s a steep fall from the $4bn Adidas paid for the brand all those years ago. And an indicator of just how neglected brands can become when they are lost in a portfolio where focus and appreciation for multiplicity run thin.

For ABG there is a sense that the company has, once again, snapped up a bargain. Reebok joins with other beaten-up 20th-century veteran prize-fighters like Brooks Brothers, Juicy Couture, Forever 21, Lucky Brand, Barneys and Sports Illustrated.

ABG has a very different structure and contrasting operating model to Adidas, starting with its parent brand, which is nothing more than a holding vehicle. The company’s CEO, Jamie Salter, is a licensing veteran who knows how to appraise, manage and maximise multiple brands. A juggler in other words. And the brands dotted across categories as diverse as sports publishing, department stores, fashion and now athletic shoes are so different from each other that separate systems and approaches are the only tenable way forward.

In other words, ABG is a perfect beast to run the house of brands playbook.
For Adidas, this is a long-awaited chance to do the opposite and focus almost exclusively on its branded house once again.

Never forget that almost all the strategic consulting firms, from Bain to BCG to McKinsey, operate single entity branded houses. There is a reason for that. One brand. One focus. One culture. One employer brand. One leadership team. One brand tracker. One of everything.

The attractions of focus are partly fiscal. But they are mostly strategic. Adidas is throwing a single ball into the sky again and all eyes can now stay focused on doing just that, and that alone. Reebok finally gets to play its own game again too.

“Adidas is very clear to believe both brands will be better off separate, because when you get into the situation of having to prioritise resources or even people’s time, the big brother tends to take up a little bit more of the oxygen in the room,” Reebok’s current president Matt O’Toole recently explained. “And what Reebok really needs now is a separate organisation that’s global and dedicated to the Reebok priorities.”

There is no one right design in the world of brand architecture but plenty of wrong ones. After 15 years, Adidas (and Reebok) have finally worked that one out to their mutual benefit. They move forward alone. 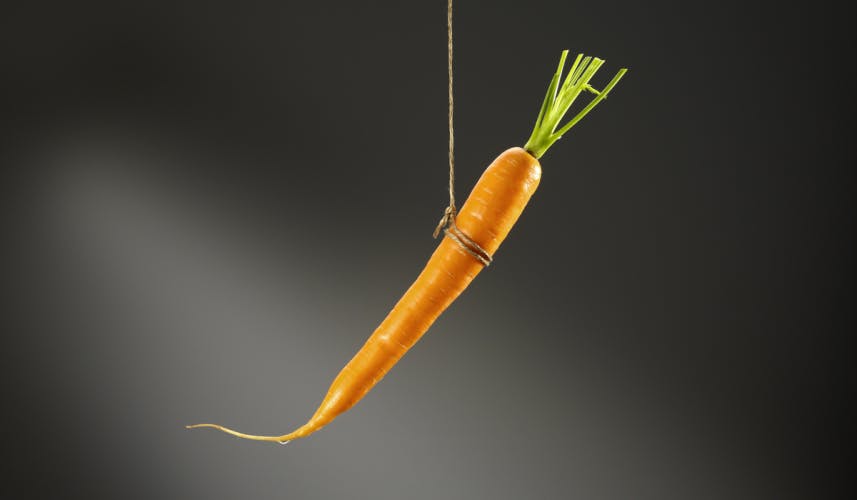 Targeting narrow segments, regularly changing creative and constantly optimising campaigns are all antithetical to growth, yet they’re exactly what marketers are incentivised to do. 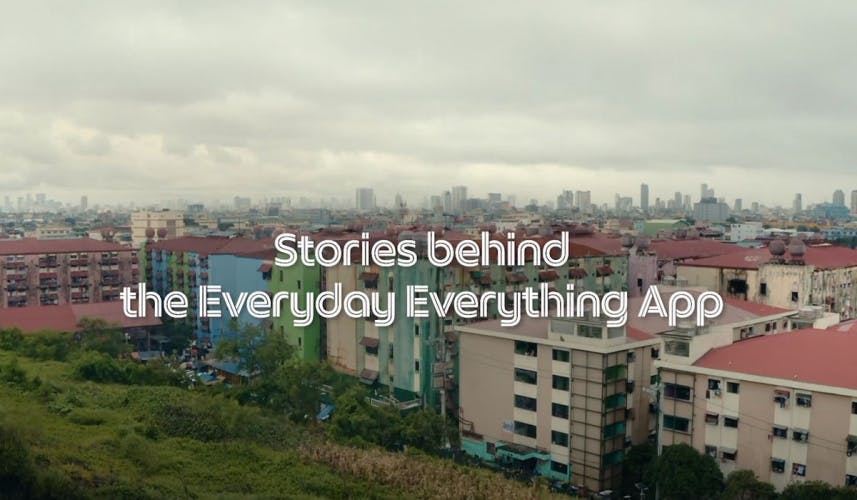 Spanning everything from ride hailing, to food delivery and payments, Singapore-based app Grab has pivoted at speed to respond to the challenges of Covid-19 across southeast Asia.