I’ve just spent a week knee-deep in brand management teaching teaching MBA students. Given things change so fast it’s crucial to update my teaching material each time and stay abreast of what is going on in the world of branding. But occasionally things happen in reverse and what you teach in the classroom suddenly appears out there in the ‘real world’.

Last week was a perfect example. In the day on brand positioning we also cover brand revitalisation. I argue in class that too many marketers opt to reposition their brands and change what they stand for. Instead I think more marketers should recognise that the inherent brand position is fine but the current execution is not.

A brand revitalisation is therefore not an arrogant attempt to change what a brand stands for but rather a more respectful mission to first find out what made the brand special in the first place before asking the question what this should mean for 2018.

We look at the several revitalisation case studies, most notably GE and Burberry. But I always conclude that the greatest brand revitalisations are the ones that you do not see because they are constant.

Burberry let itself get dusty and needed the inimitable touch of Rose-Marie Bravo to bring it back into the light. GE lost the plot strategically, and has needed to change course to find its way onto the right path.

The great branding success stories need no heroic intervention because they know themselves and constantly ask how they should change for the year ahead.

I cite BMW specifically as a perfect example of a brand with a mature user base that has spent the past 40 years carefully revitalising its image, its fleet and its consumers. BMW successfully treads water in a marketing ocean where the tides of time are always trying to pull you out to sea.

Literally a day after my course ends I am sat, in the recovery position, checking my email and a friend sends a message. “You will love this…” his message begins and leads to a link in BMWBlog the famous and biggest independent BMW fan site of them all.

The article cites Hildegard Wortmann – the company’s senior vice-president for branding – and her attempts to modernise the BMW brand.

Play it too safe and dust falls and the brand follows. Play it too radical and you rupture the brand and set it on a course to fail.

Apparently Wortmann is intent on targeting ‘millennials’ and notes this segment “want brands that behave like human beings”. She discusses the need for new real-time marketing, its sponsorship of the Coachella Festival in America and use of YouTube to promote the partnership.

At first glance it looks wrong. Promoting hybrid vehicles, to 20-something music fans using digital media is a far cry from the ‘Ultimate Driving Machines’ of old and their sophisticated slightly sinister TV ads and the grey-haired champions that responded by buying them.

But it’s a tough call. If BMW plays too much to its heritage it will enjoy another five years of success and then the dust will start to settle. The brand will become famous for its history not its future. It will enjoy incredible loyalty from a rapidly ageing and soon to be dead clientele. It will achieve iconic status but icons are cold and priceless and sit on walls never to be touched again.

Avoid getting carried away

Then again, if Wortmann gets too carried away with revitalisation she runs the risk of throwing the brand baby out with the demographic bathwater.

There is every chance she will fall too much in love with the millennial myth that this generation are fundamentally different from those that preceded them.

She could foolishly embrace just digital media because, despite the fact BMW’s YouTube videos garner barely 30,000 views, she thinks it’s the only medium to connect with a younger audience.

Worst of all she could ignore the essence of BMW and attempt to create a brand entirely inconsistent with the history of BMW.

There are certainly plenty of comments from owners on the BMWBlog that suggest this is exactly what is happening.

One owner, Dick Rocker (this may not be his real name), is particularly vehement. “This is beyond cringe-worthy, disgusting,” he exclaims. “I’m 25, I’ve been driving an e30 for the past five years or so, the ‘Ultimate Driving Machine’ means the world to me. BMW is, in my opinion, straying so far from the exact reason I fell in love with the brand, reaching out on social media or meeting at festivals? Are you kidding me? This is the farthest thing in my mind that I would like to see from BMW. Day-by-day I become more and more saddened and disappointed by these foolish marketing actions… Fuck this generation I am unfortunately a part of.”

One does feel for the eloquent Mr Rocker and his apparent despair but it’s a very tricky balance. Play it too safe and dust falls and the brand follows. Play it too radical and you rupture the brand and set it on a course to fail.

But there is hope. Wortmann might gush a little bit too much about millennials but she surely knows the art of brand revitalisation better than most. She was part of the marketing team that took hold of the Mini brand after BMW’s acquisition of the British car marque. If ever there was a case study of how to do it, surely it was the Mini.

The Mini hit the world of motoring like a tornado. You have to look at the other giant lumbering cars of 1959 to fully appreciate what a radical brand it was back then. But like most British brands it was run into the ground by overly conservative management that did not adapt as time moved on.

An original Mini from 1960 looked, with a few minor alterations, very much like the final Mini that Lulu drove off the production line 41 years and five million Minis later.

And while the last Minis were much loved British icons they had lost almost all the sexy, concentrated power that the brand had exhibited back in its early days. The choice of Lulu could not have been more telling.

But BMW was able to find the perfect combination of heritage and modernity and bring the Mini roaring back to life.

On the one hand it kept many of the most important internal and external features, on the other it reimagined the car for a 21st century market. The new BMW Mini itself and the subsequent sales speak for themselves.

More importantly, this was where Wortmann learned her trade as a BMW marketer.

The stakes are now even higher but we can assume she knows a thing or two about finding the sweet spot between heritage and modernity and will apply those insights to BMW.

Another clue might be her decision last year to bring back the iconic BMW Films featuring Clive Owen as ‘The Driver’. Hold onto your heart strings marketers, it’s been 15 years since Owen first featured in a series of video shorts that pre-empted both digital video and content marketing.

On her decision to bring Owen back once again, Wortmann again sounds like she knows what she is doing. “It’s not about doing the same thing as before, it’s about respecting what people have done at the time and being relevant today,” she says.

That’s such a good definition of brand revitalisation I might steal it for my class. My guess is that despite the rumbles of discontent from BMW’s existing drivers, I’ll be using the brand as a best practice example for many years to come.

The Marketing Week Mini MBA in Marketing run by Mark Ritson is back, offering marketers the tools they need to become more confident, more effective and more inspired.

I’m delighted Kraft Heinz’s attempt to acquire Unilever failed because experience suggests the way the company does business and how it operates could very easily have changed. 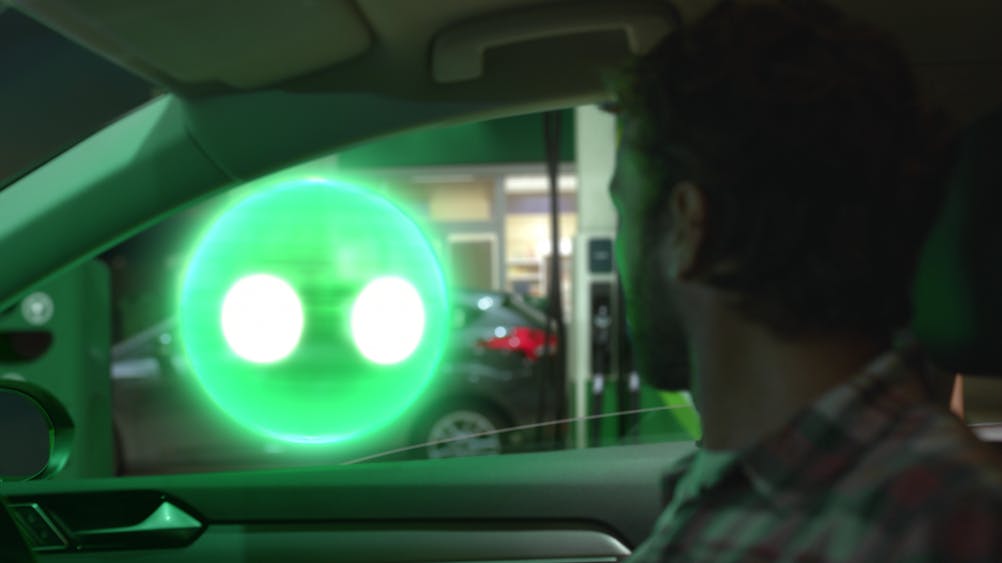 BP is returning to TV advertising for the first time in 10 years, and the first time since the Deepwater Horizon oil spill in 2010, as it seeks to reposition the brand by focusing less on the engineering aspect of fuel and more on being “relevant” to people’s lives.