Earlier this year the Natural Environment Research Council (NERC) was about to name its new £200m polar research ship. Traditionally, the naming of any new product – especially a ship – is a serious matter. Shortlists are drawn, historians consulted and executives brought in to ultimately make a big hairy decision.

But today, in this exciting digital era, the process is very different. Now we can communicate with the public using social media, we can crowdsource naming ideas and then tabulate the popularity of the suggested product names on our corporate website. Naming has become more than just part of new product development – these days it’s also a brilliant way to generate brand awareness, content and engagement.

I’m pretty certain that NERC has never been more top-of-mind than this exact moment. As you probably already know, a few days into the 30-day crowdsourcing contest to name the new ship a gentleman by the name of James Hand had an idea. He came up with the name Boaty McBoatface. 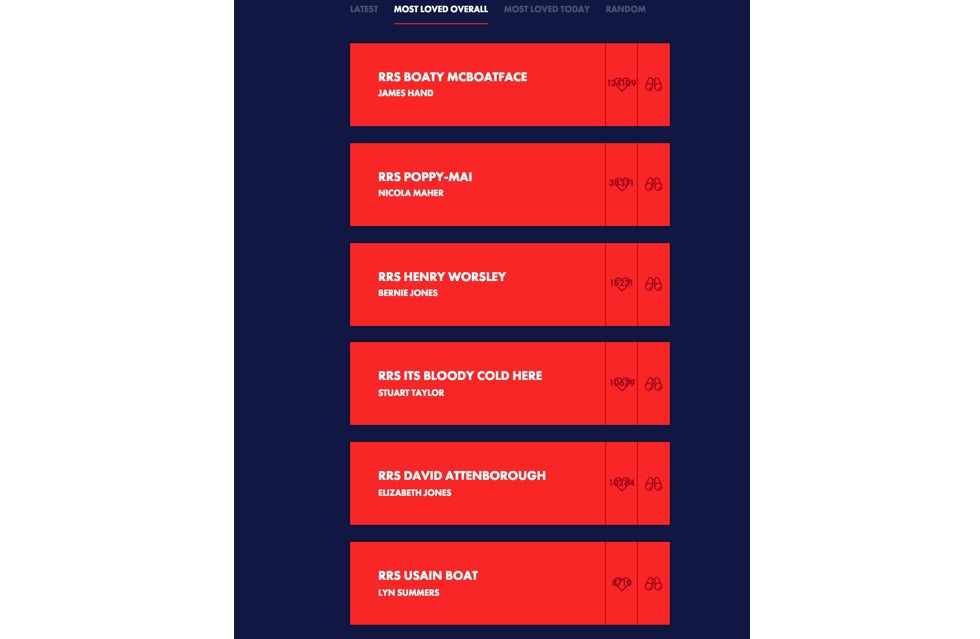 Within hours the suggestion had raced to the top of the online poll being maintained by NERC on their website. In fact, the site went down several times with the immense traffic that the name generated. When the poll officially closed on Saturday evening Boaty McBoatface had generated 124,109 votes – almost four times that of the next most popular suggestion.

It looks like NERC will need that executive decision after all. The organisation now faces the ultimate brand strategy conundrum and, this time, crowdsourcing is not going to provide the answer. Either they reject Boaty McBoatface and face an ensuing tidal wave of negative PR and consumer disappointment, or they go with the winning name and launch their new flagship, grim-faced, into half a century of hilarity and piss-taking.

In the happy, completely detached world of digital marketing there is a common fallacy that the sarcastic, brand-hating bastards that populate the planet are actually an army of jovial optimists who simply cannot wait to engage with your organisation on social media. Unless you grasp the dystopian nature of consumer culture it is possible to entirely miss the inherent dangers of crowdsourcing product names: the semi-official term for it is ‘crowdslapping’ and its every bit as painful as it sounds. What’s more, it’s a pain that organisation after organisation keeps experiencing.

Who can forget the story of the ambitious marketers at the city of Austin, Texas who crowdsourced a new name for their solid waste facility in order to better communicate what the state-owned garbage processing department did for local people. The winning name for the facility, The Fred Durst Society of the Humanities and Arts, was rejected by local government officials despite its endorsement from Durst, the front man from 1990s band Limp Bizkit.

It was a similar story for soft drink Mountain Dew whose owners staged a crowdsourcing contest in 2012 to name the latest apple-infused version of the beverage. Within days the brand had to take down the Dub the Dew website because the leading vote winner, Hitler Did Nothing Wrong, was seen by some executives as perhaps a little off-brand. 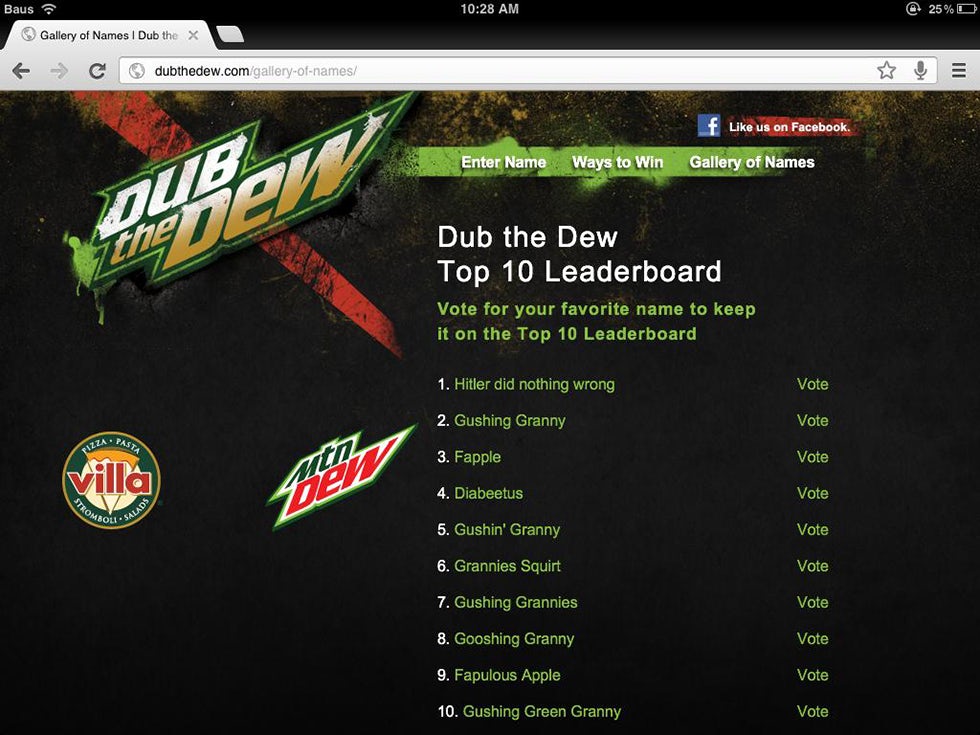 When Greenpeace tagged a pod of humpbacks migrating to the South Pacific in 2007, the NGO also held a crowdsourcing contest to name one of the whales. Despite the other whales in the pod possessing suitably elegant names like Aiko and Aurora, when the internet discovered one of the options was Mister Splashy Pants you can imagine what happened next. With 78% of the vote, Greenpeace were forced to christen the unfortunate mammal with the new name opening up the delightful possibility that, in the not so distant future, Mister Splashy Pants will be swimming alongside Boaty McBoatface somewhere off eastern Antarctica.

One might assume from this cavalcade of branding disasters that one solution is to create a shortlist of options and only then crowdsource a winner. Not true, as the French hosts of the upcoming Euro 2016 football tournament discovered earlier this year. Having created a charming teenage mascot for the event they then offered the world three different name options to choose from. The astonishing popularity of the ultimate winner, Super Victor, might possibly have something to with the fact that it is also the name of one of the world’s most popular (and intimidating) sex toys.

If you are planning on ordering a Super Victor mascot on Amazon as a prelude to the big game this summer, especially the 10 inch version, can I strongly recommend that you double-check what’s in your cart before you press ‘pay’.

There are 33 comments at the moment, we would love to hear your opinion too.