Here are some five-letter words: evade, stool, major, stink and colon. Here is a second set of five letter words: frame, pause, skill, aroma and dodge. Compare the two lists – which do you think the more complex? Arcane? Tougher to guess? I ask because a significant group of people believes that the second list of words is much tougher than the first. They are so incensed by this fact many have taken to social media to complain about it.

When the online game Wordle was sold by its enigmatic founder Josh Wardle to the New York Times for a “low seven-figure sum”, many players noticed that the daily word was becoming more erudite, therefore making the task more difficult to complete within the six allotted rows provided. Karl Henri was one of the hundreds of unhappy players who took to social media this month to complain. “Ever since new york times bought wordle words are getting harder [sic],” he tweeted. “Wtf is swill and tacit?”, he moaned, his tweet ending with the international symbol for someone vomiting through their nose.

Except the New York Times has done no such thing. Josh Wardle preloaded many years of words into the system long ago and the new owner of the game has done nothing to that list to make them harder. In fact, the only change the newspaper has made was to make them a bit easier. This week, for example, the Times removed ‘agora’ because it felt the word was too obscure. That has not stopped the Wordle conspiracists from raising a metaphorical digital fist and waving it in the general direction of the New York Times.

So, what is going on? Many people have referred to confirmation bias and the capability of people to favour information that confirms previously held beliefs. While that’s probably true, it does not explain why people expected the words to get more complex in the first place after the New York Times acquisition. For the answer, we need to first understand one of the most subtle effects of brand equity.

Hidden in a crevice between the mountains of brand salience on one side and the impact of brand on price sensitivity is a more intriguing facet of brand equity. Some brands – the small minority that we have become aware of and formed a strong perception of – change the nature of perception. It’s not as dramatic as it sounds. We all wear the sunglasses of subjectivity as we apprehend and interpret reality. Some brands tweak those spectacles, ever so slightly, and change the way we see things and therefore the way we think they actually are.

In the case of the New York Times, its cerebral, east-coast, exclusive brand image led many to fear that the reason they were failing to get their daily Wordle victory was not because they were hungover, distracted or unlucky, but because the app’s new owners had tweaked it to their elite satisfaction. And no amount of denial could dissuade many from this explanation, nonsensical as it was.

Of course, the impact of brand equity on the subjective sunglasses of perception is not always negative. In many more cases the presence of a brand adds a decidedly rosy tint to that eyewear. I vividly remember a brand manager at Virgin Mobile showing my MBA class at London Business School in the early noughties a whole raft of customer data proving, without any doubt, that Virgin’s phone network was superior to its competitors on attributes like signal clarity and call reliability. The network enjoyed a double-digit superiority over T-Mobile.

That was doubly satisfying, the brand manager told my class. First, because they were a significant competitor. Second, because Virgin had no physical mobile network and rented it from T-Mobile, meaning any perceived product superiority could only be explained by Virgin’s brand strength.

Too often we miss this major advantage of building brand equity. It provides the perceptual Polyfilla that boosts and protects a company’s performance just when we need it most. The good becomes great. The bad becomes understandable.

And we are equally likely to miss the other side of the perceptual equation. When our brand lacks equity or, worse, has negative associations, it can transform adequate to shithouse. Shithouse to unforgivable. Lord of the Rings to Rings of Power.

When Windows suddenly switches to the blue screen of death, you curse Bill Gates, the boneheads at Microsoft and your own stupidity for renewing Office365. “Fuck, fuck, fuck Windows,” you exclaim. When your Mac crashes you assume you pressed something. “That’s odd,” you remark, while waiting for your device to reboot and marveling at the mere seconds it takes to accomplish the feat.

Occasionally you can have fun with this mind-bending capability of brands to warp mental perception. Twenty years ago, in a dark chapter of my career, I briefly became a presenter on BBC1’s breakfast TV show. I did it for my nana and the chance to meet Pamela Anderson (boring). For a few months, I tubed it up to TV Centre on a Friday, desperately practising the subtle art of not saying “fuck”, and presented a weekly window into marketing for homemakers, students and whoever else watches TV at 9:15am on a weekday in their underpants.

My producer, Simon, and I did have fun. In one episode, I went into a busy North London boozer and interviewed beer loyalists. “Would they,” I asked, “drink any other beer than their beloved beer of choice?” There was a unanimous “no” to that question. “Could they,” I then asked, “identify that favourite beer from two others in a blind taste test?” “Yes,” was again the uniform response.

At that point, we whisked each beer lover upstairs to a glittery stage complete with three pints of beer marked A, B and C, and a cameraman. It made for great TV. Each punter sipped studiously at each of the pints until their eyes sparkled and they smiled at the sudden recognition of their beloved Stella Artois. “That’s it!” they remarked, pointing to pint B.

Their embarrassment and confusion was there for everyone at home to see when they turned over the beer mat of Pint B to discover a Carling logo. “Would they,” I asked looking at the camera, “like a second chance to redeem themselves?”

Again, the punter dug deep into the two remaining pints, sipping each with careful deliberation until he looked up and with a confident smile and announced it was pint C. The look on that drinker’s face as they revealed another Carling logo was almost too much to bear, so we made sure to zoom right into it. My original plan was to end each beer experiment there. But my Machiavellian bastard producer Simon had other ideas.

So we watched as the final mystery pint was consumed, and the moment the drinker recognised his beer and the error of his ways. “How could I have been so stupid?” one exclaimed as he reached for the beer mat, only to discover that too was Carling.

The point of our TV experiment was not to test drinkers’ ability to spot their favourite beer. It was to show that all beer, at least at most pubs back then, pretty much tasted the same. It was the presence of brand that attracted them to a particular pint and convinced them that it tasted better than the other, almost identical, options.

Watching those drinkers consuming the same three pints and yet convincing themselves that one tasted better than the others was a salutary illustration of a key marketing fact. Yes, product quality does influence brand image. But never forget that brand image returns the favour, and can have a significant impact on how we experience the products and services we consume. Brand equity influences the perception of reality, which, if you understand the nature of human existence, is reality.

My beer drinking episode also illustrates another key point about brands and their symbolic impact. Too often we assume that brands are bought as symbols to signal our image to others. True. But, more often and with much greater impact, the signals brands send out are aimed internally and not externally. They are an important part of the way we build our identity. By choosing brands that we think signal one thing and rejecting brands that we deem to be saying the other – we help to build our own sense of identity.

And while we are conscious of the choices we make between one brand and another, we may not be aware of the impact on our perceptions that these brands then have upon us. In one of my favourite marketing experiments of all time, Professors Gavan and Grainne Fitzsimons and Tanya Chartrand demonstrated the invisible but incontrovertible impact that brands can play on our perceptions and our performance.

The researchers asked more than 300 university students to complete two tasks. First, each completed what they thought was a visual acuity test. Then a test designed to measure how creative they were. That first test was simply a priming exposure in which students were subconsciously shown either an IBM or Apple logo. Sure enough, those students unknowingly exposed to Apple and all its creative, individualistic brand associations produced significantly more suggestions and of a more creative bent than those exposed to the more uninspiring logo of IBM.

Yes, we buy brands because they come to mind more easily. And yes, their price and distribution are paramount in the decision too. But we would be fools to ignore the subtle ways brands also change our perceptions of performance, of reality and – with apologies to Wordle users – whether the word ‘bloke’ is overly intellectual and arcane or not. 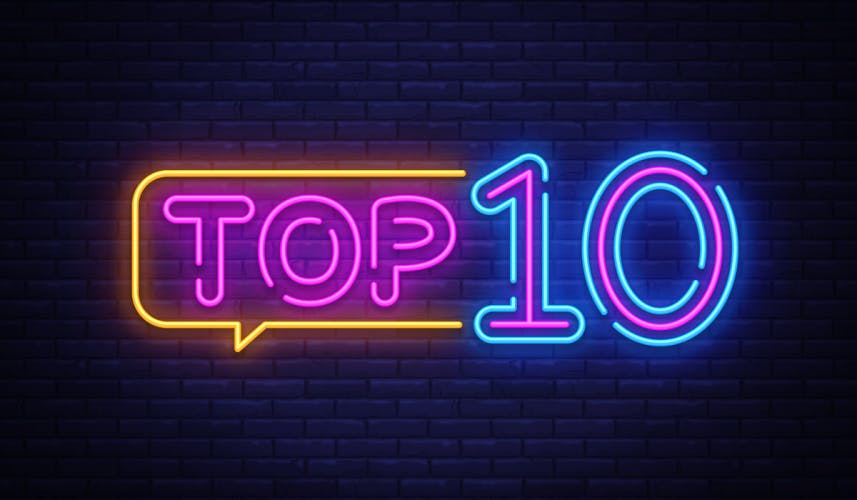