Trying to buy picture hooks online yesterday, I jumped over to Twitter. It was a mistake. Someone had posted a photograph from Mykolayiv – one of the decimated Ukrainian towns recently abandoned by Russian troops. It was an image of a three-year-old girl. She had been executed, probably raped, and tossed on top of a pile that consisted of the rest of her family.

It’s not an image anyone scrolls through. But if you are a parent of a similar-aged child, it strikes a raw nerve in the deeper subconscious. I’ve been carrying that image around in my head ever since. It is not going away. Below all the horrors bestowed on us by Putin and his Russian monsters, this one burned the deepest. And burns as I write this.

Beneath the image on social media, there were still those who disputed its veracity. Whatever the social media story, there will always be lifeless bots, useless idiots and the digital administrators of Putin’s regime. That latter group deserve their own special place in hell when all this ends. Even the SS buried or burned their handiwork during World War II, David Baddiel observed this week. Only this modern Russian army has the dark, post-modern audacity to leave bodies on the street and claim that Ukrainians dressed as Russians did this to their own people.

Mark Ritson: At times of war marketing is rendered superficial and ridiculous

Time to stand by purpose statements

And yet there is some slight goodness to be found around the far edges of this demonic time. The global community is united in opposition. And around 99% of major corporations stand with them. As a regular critic of the worthier-than-thou, stupider-than-shit world of brand purpose, I must acknowledge that, while I continue to think purpose is often hypocritical nonsense, it has made a genuine difference over these last few painful weeks.

If someone pretends to be a world-class swimmer and a person starts drowning, you have to jump in the pool. When you get called on your own bullshit, you respond. Even if it was bullshit.

Companies have reacted quickly and with admirable severity to this Russian evil. The images of vacant malls and empty supermarkets across the country are a testament to just how seriously the world’s brands have taken the Ukrainian issue. I worked in Moscow not that long ago and their malls put many of their British equivalents to shame. Whatever Putin might be trying to say over his poisonous state-owned TV, the signal sent by every closed McDonald’s and suddenly emptied Chanel boutique cannot be overstated.

And we will have none of the nonsense about punishing everyday Russians for Putin’s war. Putin will get his when the time comes. But he did not command the death of that three-year-old. We have become accustomed to seeing every side of the story in the 21st-century media multiverse. It’s a fallibility in times of war or when faced with true evil. You either stand against what is happening in Ukraine or you are complicit. This is a time for old-fashioned, fuck-you-and-your-horse, binary opposition.

That also goes for all the unhappy commentators who petulantly note that no-one gets this upset over brown babies in further-flung corners of the globe. It’s a tragically correct observation. But, faced with current atrocities, it renders those making that point uncaring and pedantically inhuman. Unfortunately, your point is correct. But now is not the time to make it.

I mentioned only “99% of companies” stood in opposition because a few continue to operate in Russia and – as per my binary argument above – therefore must be positioned as supporting the torture and murder of innocent Ukrainians. Of course, one of the advanced skills of most contemporary corporations is to vacillate and obfuscate their way around issues like this, to make everything blurry and impenetrable. Several multinationals are trying to do exactly that in the face of a global boycott of Russia and their very specific continuation of trade there.

Massive credit therefore must extend to Yale University and its School of Management. Rather than another pointless press release of support, Yale has put the advanced analytical capabilities of its Chief Executive Leadership Institute to good use. The Institute runs an up-to-date, incisive and searchable database showing the companies that are boycotting Russia. And they are basing their assessment not on the weasel-worded press releases of each company’s PR team – but on-the-ground analyses of what each company is, and is not, doing.

Initially, the list applied a simple in/out criterion. But, a month into the boycott, the Yale list is now graded A (total withdrawal) to F (digging in). It is that last sub-section, the F list, of some 160 companies that should draw global ire from marketers and consumers alike.

These firms have had more than a month to formulate a response. They have seen a free and fair media describe what these Russian ghouls are capable of. They have listened to the requests from the Ukrainian government for a total boycott. And they have watched their competitors and other national firms all withdraw from Russia. And each of these companies has steadfastly ignored everything and continued making money in Russia. That is not a failure to act, it is a recalcitrant statement of support.

Some of the names on Yale’s list come as no surprise. But some of the other brands on the F list surprise and horrify. Not only because of their size but also because of the apparently “purposeful” manner these businesses purport to operate by. If purpose has led many companies to act with impressive speed and impact against Putin’s evil, it has also left a small cabal of companies looking hypocritically undermined to the extreme.

There are also plenty of marketing darlings on the list. It’s rare to see any negative coverage of Red Bull in the marketing press. It is deemed agile, disruptive and all the other words that garner credit in marketing circles. But it is also continuing to operate in Russia. Its Russian sales, estimated at $100m by Yale, are apparently worth more than standing against Putin and his thugs.

As marketers, let’s all work together to ensure that our avoidance of the product in any social setting costs them at least their Russian pieces of silver, and ideally an awful lot more. Let’s also ensure none of Red Bull’s (excellent) marketing team are ever given a platform to talk about anything ever again, unless they leave for a better company.

War in Ukraine: How brands are responding

The same can be said about Lacoste, whose founder René Lacoste must surely be turning in his grave at the behaviour of the brand he founded. Ignore the wankathon that is the company’s brand purpose statements about “elevating elegance to a value that transcends differences”. It takes more than a thesaurus, a fancy Foundation and an achingly cool coterie of multinational models to earn proper global respect. Along with menswear label Zegna, Lacoste stands as one of the last global fashion brands left in Russia, according to Yale. “We are not born crocodiles, we become crocodiles,” is one of your corporate slogans. You nailed it.

And Yale’s list keeps going – De’Longhi, Emirates, L’Occitane and Mitsubishi. At this stage their continued presence in Russia is hardly an oversight, more an explicit attempt to push back against a global attempt to have proper impact against evil. Failure to exit Russia must be seen as an endorsement of evil by these brands.

Readers of Marketing Week can act on two levels. As consumer advocates we can advise friends and families to avoid these brands. As marketers we can block any stage and any coverage for these brands and all the marketers that work there.

I hate writing about earnest stuff. The boring brand fodder of line extensions and pricing is my métier. Not this stuff. I am proud of my total disdain for industry status and the optics of right cause at the right time.

An angry young marketer once sent me a brutal message saying no-one in her office wanted to be me and I sent her back a big thumbs up, and meant it. I seek no-one’s approval and curry no-one’s affection. Behold the field where I grow my fucks, it is barren and empty. But for this kind of corporate evil to triumph, good marketers like you and I have only to stay silent. Events now make us earnest.

I tried all afternoon to choose a sub-set of Russian-supporting brands whose initials would spell a rude Ukrainian word like ‘boyahuziv’ (cowards) or ‘drochky’ (wankers) to create a clever title. But I could not get it to work. I just kept thinking about that little girl on that pile of bodies and her tiny pale legs exposed to the cold. I had a good long cry. Then just set about shaming as many of these fucking companies as I could in the space that I had instead.

UPDATE (8 April): AkzoNobel was originally included in this article as one of the brands on the F list, but it is no longer on the list. The updated list can be viewed here. 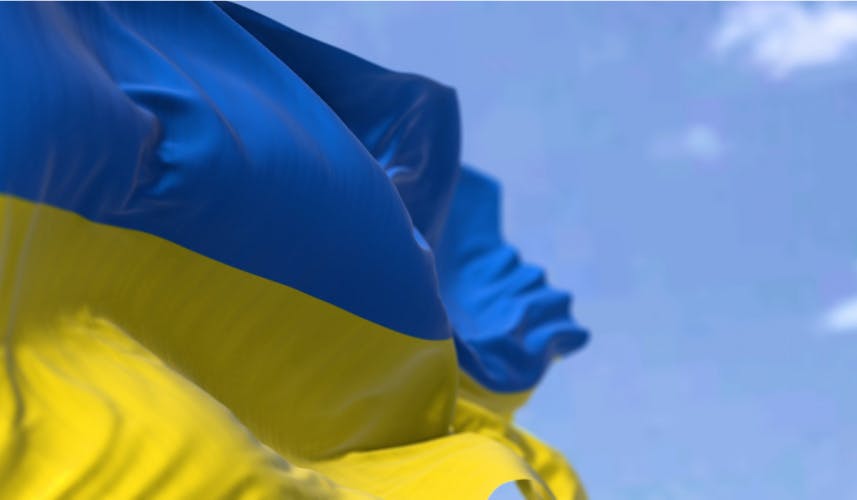 Global brands including Coca-Cola and McDonald’s have now suspended operations in Russia, while three in four advertisers have reduced or cut ad spend since the war began. 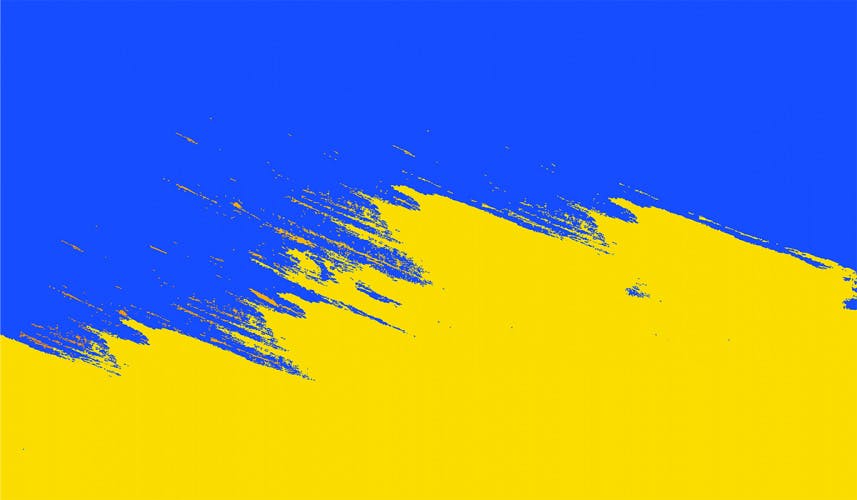 As brands state their intention to open roles up to Ukrainian refugees arriving in the UK, offering apprenticeships and access to remote roles are crucial ways to make a real difference. 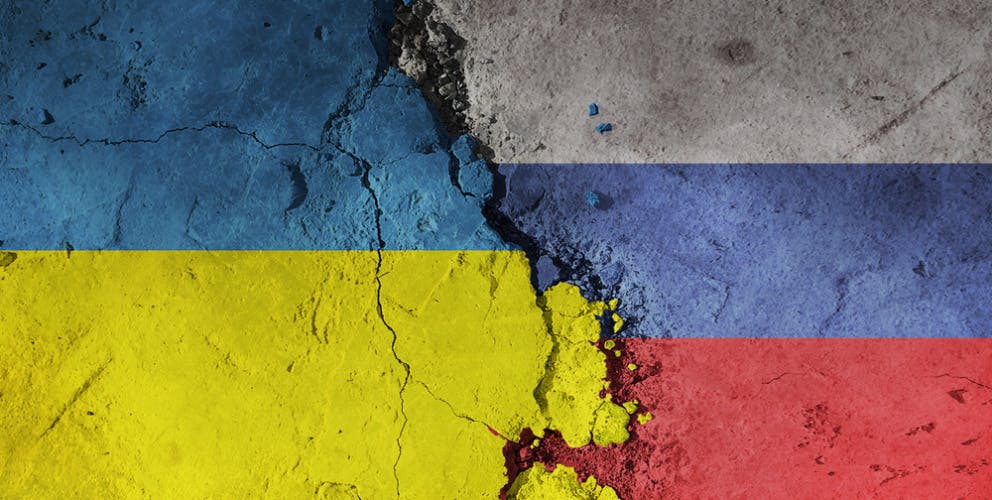 Given what’s happening in the world right now marketing really doesn’t matter, but there are ways brands can respond without appearing tone deaf.