In an era when many traditional marketing and advertising conferences are underwhelming it’s clear that Dmexco – the digital marketing exposition and conference – is rising in both its influence and attractiveness. The annual event in Cologne is rapidly acquiring a marquee place not only in the calendars of the digerati but also the broader marketing community too.

Among the 570 speakers last week in Germany were some of the biggest names in the business including senior media and marketing leads from most of the big brands. My favourite report from the conference floor came from Digiday’s Seb Joseph who collated a series of overheard conversations from the army of digital marketers attending the event.

“There’s still so much crap spouted here,” one particularly cynical marketer told Joseph. “Even I don’t understand what a lot of these ad tech vendors are saying they do, and I’ve worked in digital advertising a long time. If a client was walking around this hall, they wouldn’t understand what digital advertising is all about — I’m not even sure the vendors know themselves.”

It’s a revealing quote. As marketing continues to advance at ever increasing speeds into acronyms and ambitions that literally did not exist a year ago, it’s crucial that marketers maintain a super-effective bullshit detector. Some of the new developments in digital marketing are genuinely astonishing, others are bags of piss disguised as the champagne of disruption. I advise every good marketer to assume it’s the latter, even at the risk of looking like an out of touch idiot, until someone eventually proves to you that it’s the former. Enthusiasm and great marketing are rarely successful long-term partners.

The ‘collapse’ of the marketing funnel

One attendee who certainly did know what she was talking about was the inimitable Sheryl Sandberg. As usual, Facebook’s chief operating officer took no prisoners during her keynote at Dmexco.

“The marketing funnel itself is collapsing,” she announced to a packed conference hall. “It used to take time to go from research to discovery to awareness all the way to purchase. But now you have digital and mobile, that is happening faster than ever. And that is from the largest brands to the small corner shop to non-profits”.

It’s an interesting and not unexpected critique of the oldest theoretical model in marketing. We have been using various funnels, paths to purchase and buying paths since the late 19th Century. Its “collapse” is a common prediction among digital marketers and they use the word in both senses of the verb. Either the whole concept of a funnel is coming to an end or, as Sandberg was suggesting last week, the funnel in a digital world is now condensing rapidly and likely to consist of less stages and a much faster customer journey.

Some of the new developments in digital marketing are genuinely astonishing, others are bags of piss disguised as the champagne of disruption.

I’ve worked with clients that do and don’t follow her advice. Some see the funnel as something that is intrinsic to digital communications and believe that everything from awareness to repeat business can be achieved at lightning speed using exclusively digital touchpoints. A well fashioned, thoroughly A/B tested electronic direct mail campaign can take a target customer from ignorance to advocacy in a few clicks. This is the new world of marketing.

Other clients remain steadfast in taking a more traditional approach. They have a broader funnel in which the total target market sits at the top and the current loyal customer base that score nine or 10 on the Net Promoter Score sit at the bottom. Digital communications remain a key targeting tool for these companies too, but they steadfastly ignore Sandberg’s advice and keep their funnel very much un-collapsed and sequential and they chart carefully how one stage delivers consumers to the next.

The rise of the spreadsheet jockey

The state of your funnel is a far more important decision than it may appear. If you really believe that the funnel is collapsing then you are also likely to believe that digital communications is pretty much all you need. I increasingly meet these marketers all over the world. I call them ‘spreadsheet jockeys’, which may be a little unfair, but you have, no doubt, met them too.

They usually have no marketing training. But what they lack in formal training they make up for in technical capability and speed of thought. They usually run a large meta-spreadsheet of some kind that records, thanks to the data from their chosen digital agencies and platforms, the reach, open rate, clickthrough rate, conversion ratios and purchase numbers for all the various forms of communication that have been sent out.

All they care about is attribution. Which of their many different campaigns pulled the best and offered the most impressive ROI? Why they deliver better ROI is less important than the ROI itself because next week new alternatives will be tested and the digital marketing campaign will advance.

You probably saw many of these spreadsheet jockeys during the latest measurement saga over at Facebook. When it began to emerge that Facebook was claiming to reach many more people than actually existed across a variety of large countries, an issue it has explained away by saying “potential reach is not meant to match census data”, most rational marketers were understandably appalled.

Not the spreadsheet jockeys. Oh no. They all posted the same response: “Who cares if Facebook claims its reach is 20 million bigger than the population? Reach does not matter anymore. As long as I know the ads are working and giving me good ROI what is the problem?”

It’s an interesting premise. But there are a few small issues with the spreadsheet jockey’s approach. Issues that might have been more clear had a bit of marketing education been part of the path that brought them to their current role.

For starters, the spreadsheets only really compare digital and direct tools. That provides an excellent way to assess whether, say, you want to run digital display ads with Facebook or sponsored content with LinkedIn. What it won’t do is allow you to look at the potential value of other, non-direct, tools apples to apples. That leads to a significant blind spot when it comes to campaign planning. You’re picking the best athlete from a small pool of candidates inside the stadium, and ignoring the broader and potentially more impactful options that exist outside.

Another issue is losing out on the synergies that occur across multiple tools. A hallmark of good integrated marketing is recognising that different tools do different things well. Using them accordingly in a coordinated campaign always delivers better results. You generate awareness with PR, you build brand with TV ads, you generate information and preference with search and then you bring home the sale with fantastic sales people at the point of retail.

There are many reasons for this illogical emphasis on the near over the longer term but the spreadsheet jockeys and their truncated funnels must be at the very top of the list.

When the spreadsheet jockeys tally their performance they often ignore the 20 years of traditional communications that was done to build the brand before it was harvested down the bottom end of the funnel with their digital finale. It’s easy to assume the cherry is the whole cake from the top of the cake. Sure, there are businesses that can build awareness, brand and preference and then harvest it with a two second digital ad and a decent website. There are a lot more businesses that need to set up that final “money shot” (as we call it in marketing) with years of branding foreplay (as we also refer to it).

Finally, there is the not insignificant issue of time horizons. The constantly awesome Peter Field has been a lone voice in the advertising wilderness for too long pointing out that campaign planning is becoming increasingly short-term in scope and overtly obsessed with ROI which, almost always, defaults to immediate impact at the expense of a longer term, more sustained pay-off. There are many reasons for this illogical emphasis on the near over the longer term but the spreadsheet jockeys and their truncated funnels must be at the very top of the list.

It’s probably no surprise that funnels, which have been with us since the very start of the marketing discipline, are now front and center in the most recent chapter in its history. My advice to you – dear marketer – remains identical to that I would have proffered in 2007 or, indeed, 1997 had you cared to listen to a hugely inexperienced marketing professor from Minnesota.

Funnels have nothing to do with marketers or communication. They are the stages, however unusual or fleeting, that the consumer traverses in order to get what they are looking for. Different brands should have different funnels. Hell, the same brand should have different funnels depending on the segments being targeted. Advertising tools like Facebook inevitably have changed the way we target and influence consumers on their journey, but the trip down that funnel is all about consumers. Not advertising. Not Facebook. Not me. Not Sandberg. And certainly not the jockey staring at 465 ever-changing columns on a spreadsheet and calling it marketing.

Reports of the death of the sales funnel are greatly exaggerated. Consumers might be bombarded by media and marketing from all angles, but marketers must still understand how to influence their journeys towards a purchase. 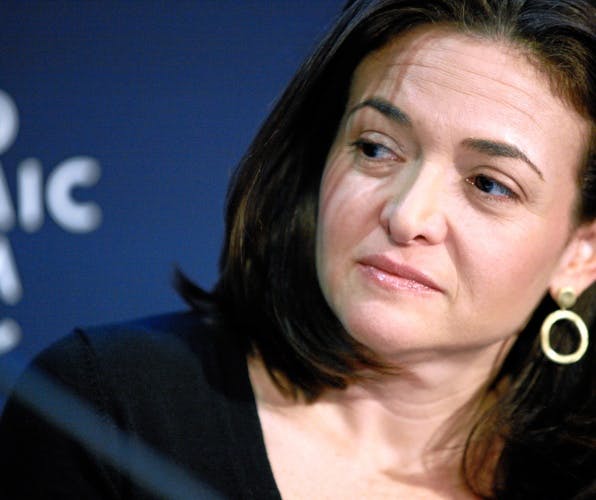 Facebook’s chief operating officer suggests the growing importance of digital and mobile and the speed at which consumers can find information is causing a fundamental change in the way brands communicate.