This article was originally published in March. It has been updated to reflect the results of the US Presidential election.

There are so many different aspects to Donald Trump’s successful bid for the Presidency – the misogyny, the xenophobia, the hair – that your humble columnist barely knows where to start. But there is one topic more than any other that should interest marketers about the Trump phenomenon: his approach to media is electrifying.

Trump out-thought first his rivals for the Republican candidacy and then the Democrat candidate Hillary Clinton. He has changed the rules of political marketing forever. A recent analysis by the Smart Media Group and mediaQuant provides some eye-opening comparisons between Trump and the other unfortunate politicians attempting to beat him to the White House.

For starters, Trump has barely spent any money on traditional forms of advertising. He spent $4.4m between September 16 and election day. (£7 million). That might sound like a lot of money but it’s peanuts in the world of American politics. Hillary Clinton’s campaign spent £145.2m. More than $6bn will be spent on political advertising before America selects its 45th President later this year.

Despite this astronomical figure, Trump has spent a fraction of the money on TV advertising and direct marketing compared to his rivals. Nowhere was this contrast more evident than in the primaries and the comparison between Trump and Jeb Bush. Bush enjoyed only 1% to 2% of the Republican vote before dropping out of the race in February having spent 10 times more than Trump on political advertising.

The reason for Trump’s apparent immunity to attack ads and his remarkable ROI can be seen in the Smart Media Group data. While Trump has spent only $10m on owned media, he has accrued almost $2bn in earned media. To put that in perspective, this is almost double what President Obama spent on his whole re-election campaign in 2012. 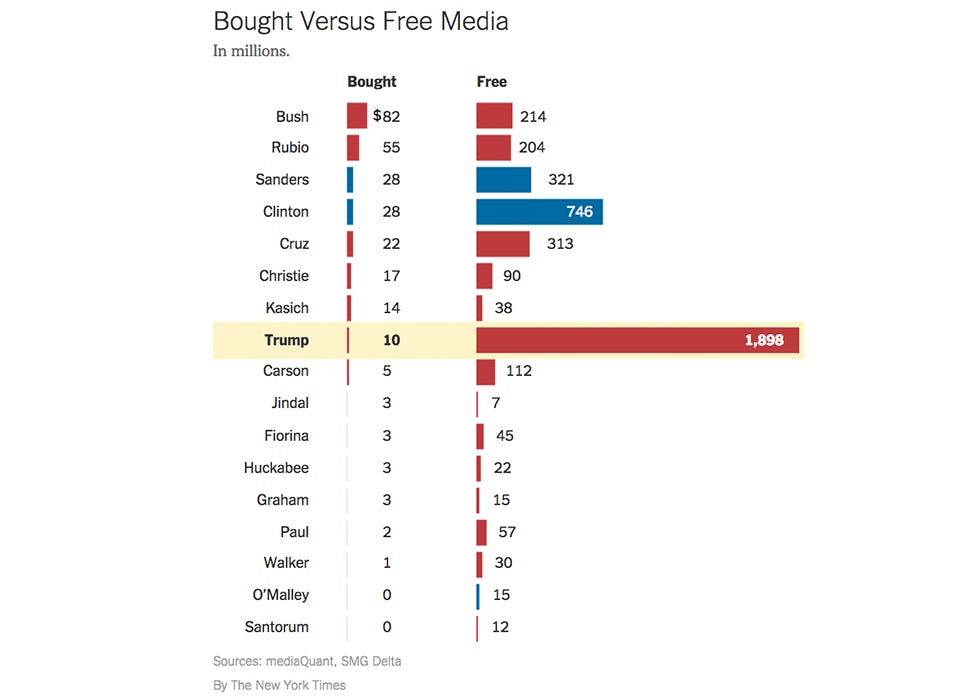 Above sources: mediaQuant, SMG Delta. By The New York Times

It’s not taken long for marketers in the US to point to Trump’s success as further evidence of the power of content marketing and social media over traditional forms of communication. Clearly they have a point. Trump is achieving infeasible success from an incredibly small investment. He is the perma-tanned poster boy for everything that the new media revolutionaries have been telling us for the past decade.

There are, however, a couple of caveats. First, social media works best – as the name suggests – when people use it to communicate with each other. For all the political point scoring and billion-dollar budgets, the Trump campaign is another example of the power of social media when it connects people. When brands try to join in the conversation it all goes a bit awry. “I don’t want to have a conversation with my chips,” as one of my favourite marketers puts it.

The fix for that has been content marketing. Yes, our brand might be fundamentally tedious but with clever content we can create traction and earn untold media. That might be true in theory, but it’s much harder in practice than it might sound. With a few very noble exceptions, most content marketing has piss-poor impact and fades from view with barely a whimper. Too many brands are risk averse, inherently boring entities run by risk averse, inherently boring people. Not a good recipe for enduring and effective content.

Again Trump provides the exception here, or rather his campaign manager Corey Lewandowski does. On the muggy June afternoon when Trump decided to run for President, Lewandowski took a marker pen and wrote a four word strategic imperative across his whiteboard that would come to summarise everything about the campaign to follow. “Let Trump be Trump” were the words scrawled in black ink. In a world of managed political identities and leaders that change opinion with the daily polls, Lewandowski had the guts and smarts to realise that the only way his candidate could win was by being himself, especially when all his adversaries were being anything but.

The Trump story is a case study that should inspire a renewed faith in content marketing and social media over traditional channels of communications. But it should also provide a reminder that these tools work best when the product is a person and that person happens to be naturally, horrendously, enduringly fascinating. 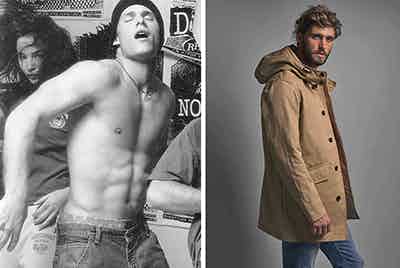 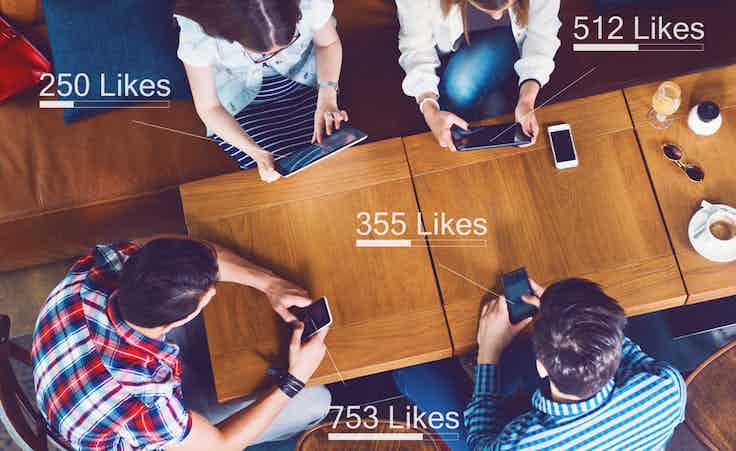