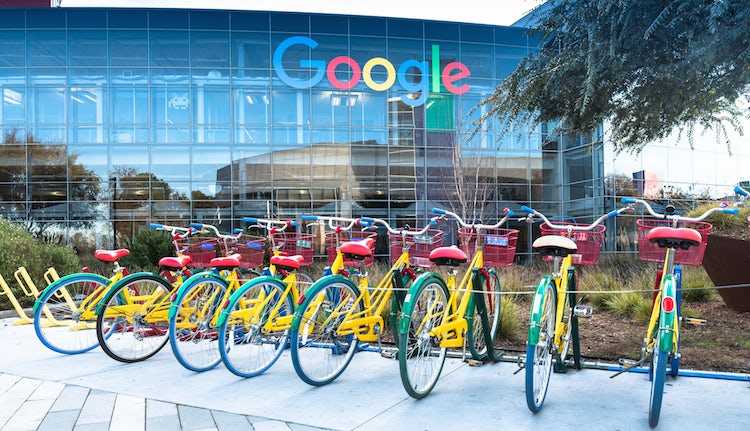 It’s not entirely clear when software engineer James Damore sat down to write his 10-page treatise on gender differences and the ‘Ideological Echo Chamber’ inside his employer Google. It’s equally unclear why he then decided it needed to be published for everyone to read. But by Saturday his words were out there on tech news site Motherboard. By Sunday a media storm was brewing. By Monday Damore was an ex-Google employee, having been fired for “perpetuating gender stereotypes”.

The whole Damore saga might have only started 72 hours ago, but it will almost certainly run for months and become one of the big talking points of the year. That’s partly because diversity and gender are always going to be hot topics. And partly because anything that happens these days inside Google is big news.

The temperature goes up even more when you add in the issue of whether it was even legal for Google to fire Damore for his personal (entirely stupid) viewpoints. Several notable lawyers have already pointed out that Californian law prohibits employers from firing workers for failing to adopt or refraining from adopting a specific political course of action. Damore is apparently considering his legal options and may well come to view his 10-page memo as the dumbest but most profitable achievement of his, relatively short, career.

Next add in the intrinsic hypocrisy of an employee getting fired for politely expressing his views on gender roles in a country that elects a President who openly brags about grabbing women by their genitalia, and you have a powder keg that is likely to burn and burn across news media sites for many weeks to come.

The implications of the Google memo also run deep for marketers. While most in our industry lean left and are against discrimination at every turn, we still cling to demographic segmentation approaches that are increasingly out of step with the current political climate. Making assumptions about people’s behaviour or preferences based on their age, race or gender is going to become unacceptable. Where California goes, the UK will surely follow.

I’ll hold my hand up here. Five years ago, I wrote an article in which I suggested that women made for better marketers than men based on published research on the purported differences between male and female brains. Let me make it clear that my article was a million miles removed from Damore’s – not least because it suggested female superiority. But it used purported evidence of biological differences between men and women to suggest women were different from men. What was a relatively well received, if trivial, article half a decade ago would now be unacceptable at many progressive marketing companies. Times are changing.

It’s time to wake up and smell the gender-neutral coffee. Making assumptions about people using gender as a proxy is rapidly crossing the red line of politically correct behaviour. And that means using demographics to classify employees or customers is not long for this century either. We can debate the efficacy of the decision as much as we like, but the Damore case clearly points to the way of the future.

The implications of the Google memo run deep for marketers. We still cling to demographic segmentation approaches that are increasingly out of step.

There is an even bigger issue now for Google. For once, one has to feel some sympathy for one half of the ‘digital duopoly’. The biggest issue that surely now occupies both its and Facebook’s senior teams in northern California is keeping their corporate profiles as low and as positive as possible. Being big is great from a scale and profit perspective, but being unprecedentedly huge on a global scale creates a tranche of issues.

When Hollywood starts making movies like The Circle – in which Emma Watson and Tom Hanks star in the story of an enigmatic and progressive tech CEO who turns out to be a massive shit intent on global domination – you know there is change in the air. The movie itself is not that interesting. But the fact that it was made at all is fascinating and speaks volumes about the very different and difficult global environment that Google faces in the decade ahead.

Google currently faces accusations relating to global duopolistic power, international tax minimisation, antitrust law, brand safety, data protection, personal privacy and a lack of employee diversity. Any one of these issues represents a gigantic distraction and a potentially enormous threat to Google’s long-term prosperity. As the recent record £2.1bn fine from the EU demonstrates, these are not minor concerns on any level.

The Damore case was a no-win situation for Google. It could have ignored the memo and watched in horror as the company’s inaction became a rallying call for activists already enraged at an organisation with only 30% female employees and 6% from black or Hispanic backgrounds. The other option was fire Damore and risk the wrath of the American right wing, and probably President Trump, for the ensuing months.

Either way, Google loses because its profile and dismal diversity stats play out across global headlines. That newsworthiness is a particular problem because the world’s newspapers, which have stood back and watched Google steal the rich seam of classified advertising that once proved their major source of advertising income, now openly and repeatedly target Google with the kind of editorial venom usually reserved for Nazis and big game hunters.

The Times, the New York Times, even The Guardian have been united in recent months in the disparaging manner they have covered Google’s affairs. Watch as the wound that Damore has inflicted on Google is now picked upon in minute and excruciating detail by the world’s press.

In truth, Google was always going to fire Damore. If you follow, as I do, the musings of outstanding New York University marketing professor Scott Galloway, you were not surprised at Monday’s announcement. Galloway’s view is that Google and the other “three horsemen” of the digital revolution – Apple, Amazon and Facebook – all “wrap themselves in a very progressive, non-threatening blanket”. They do that, according to Galloway, not because of any intrinsic belief system but because it enables them to disguise global business practices that are the “spawn of Darwin and Darth Vader” and avoid the only possible threat to their continued global dominance: being broken up by regulators.

James Damore was always going to lose his job this week. Partly because what he wrote was unacceptable and plain wrong. But also because he works for a company that cannot afford to be anything other than left of centre, at least in the public realm, for the foreseeable future.

But the bigger point, even bigger than the jaw dropping Darth Vader/Darwin stuff, is that marketers – ie you – need to have a long hard think about using gender or any other demographic designation going forward. James Damore may have made a bit of an arse of himself this week but he just, inadvertently, brought the topic of gender diversity to the very top of the marketing agenda.

There are 15 comments at the moment, we would love to hear your opinion too.