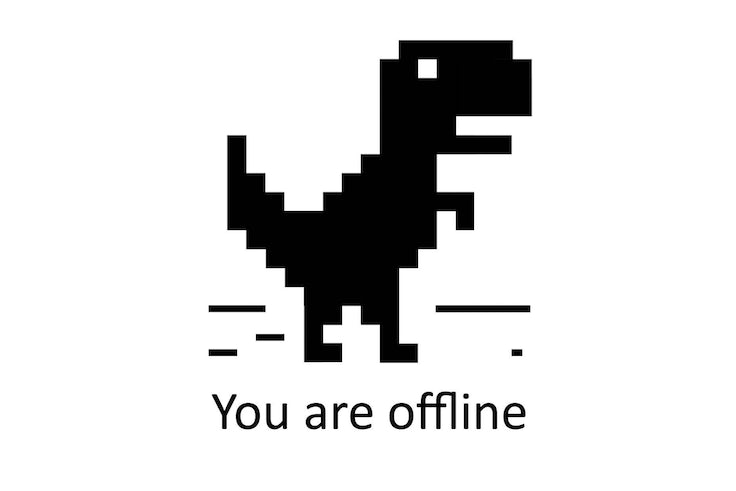 We’ve all be there. Staring at the screen as an online video stutt-tut-ters for what seems like hhhhhhh-hours. The frustration is so mighty it can best even the most patient viewer. And, it would seem, even those who should – by now – know a little better.

Earlier this month Aaron Epstein, a 90-year-old Californian, decided he was not going to take this shit any more. For the past five years Epstein had been trying to stream online movies and TV. But his AT&T internet service simply could not handle it. Despite paying for a 3.5Mbps service, his internet speeds regularly dropped to half those levels, rendering his videos unwatchable. “Watching a movie through Roku was slideshows,” Epstein told local news channel Fox29 last week.

Mark Ritson versus his biggest critics in brand purpose, influencer marketing and DTC

To make things worse, Epstein continued to see glossy ads from AT&T in which the company advertised the impressive mega-speed of the new internet services it was rolling out all over America. New AT&T CEO John Stankey has made a big play around the ever-quickening internet speeds that his company offers America. While that product might not have reached Aaron Epstein in North Hollywood, the promotional messages certainly had.

And so, after one of those frustrating nighhhhhhhhh-ttttt-ttt-ssss, Epstein did something about it. He created a quarter-page ad and put it in the Wall Street Journal. Then he created a second one and did it again. In total he spent $10,000 on his ‘campaign’. The ads, one of which is shown in all its grumpy glory below, are not going to win any awards at Cannes. But there is something raw, retro and splendidly sparse about the copy and the shaming tone of just about every single sentence.

Like most CEOs, Stankey starts each day with press clippings. Anything mentioning AT&T is bundled together by a junior in his marketing team and placed next to his coffee. Alas, we do not have the actual, verbatim response of Stankey when he first caught sight of Aaron’s ad. One might imagine there were quite a few coffee stains on the CEO’s office wall shortly after he reached that particular clipping.

Anyone who knows anything knows that the Wall Street Journal is ground zero for corporate reputation. Yes, we live in the 21st century. Yes, everyone is now in the age of digital immediacy. But there are still a small number of iconoclastic exceptions, and the Journal is one of them. Anyone of any capitalist significance not only reads the paper, they read it daily. And they read the fucker from cover to cover.

This was not just any story. It was one that ran directly counter to the corporate brand position that AT&T had been communicating, rather skillfully, for the past eight months. It is one thing to deny an old guy his Murder She Wrote on a regular basis. Quite another to deny him because you cannot deliver on your stated corporate brand promise.

Real influence can come from any consumer at any time in any place.

Finally, there is just that ‘something’ about it. I don’t know Stankey but I bet he has a pretty decent radar. He must have built a good one to get from an entry level role at AT&T 35 years ago to the Big Job. And when I speak about radar I don’t mean anything to do with aircraft. I mean that little extra slice of extrasensory perception that good leaders always have, that the rest of us admire, later, from afar.

I’ve worked with a few mega-all-star CEOs. They always had it. A Spider Sense that told them that this was a big deal or a massive issue, long before the rest of us even had a vague inkling something was amiss. I can remember one particularly avuncular executive whistling sadly through his teeth and then looking at me for the longest time before saying just three words: “This is trouble.” Not only had I no clue what the trouble was, I did not even know what the “this” was. But sure enough, about two days later, we were down a trench in the Somme eating our own socks.

I bet Stankey has a radar. And I bet it lit up like a fucking Christmas tree about three lines into Epstein’s advertisement. But it was too late to stop his suddenly most famous customer from becoming a media sensation. Over the next few days Epstein’s wizened face appeared across hundreds of American newspapers and he became a topic on both Jimmy Fallon’s Tonight Show and Stephen Colbert’s Late Show.

That first evening a PR ghoul from AT&T reached out to Epstein. Within two days senior engineers were digging up his driveway to add fiber and a purported download and upload speed of 300Mbps. A few days later, even Stankey personally called Epstein to apologise and reassure him that he was not going to be the only one with a decent internet in North Hollywood. Eventually, Stankey promised, everyone in the neighbourhood would be getting the same fibre.

Just. Stop. With. The. Advertising. Please.

All’s well that ends well. Stankey has dodged a 90-year-old bullet, just. Epstein is wondering what to do with the other 297Mbps that he does not need. And we are left with a couple of decent marketing lessons.

First, don’t underestimate news media. If Epstein had been 30, rather than 90, he would have complained about AT&T on Twitter and no-one, aside from a tech helpline employee called Gary, would have noticed or cared. Sure, it would not have cost $10,000. But it also would not have had any impact. News still sets the daily content agenda for all the other media forms. Epstein understood this. I wish more marketers were as switched on.

Second, as idiosyncratic and slightly bonkers as this tale turned out to be, it is close to the heart of what marketing is really about. We spend too much time talking tactics, and specifically communications, and especially digital communications. They are a part of our discipline. But market orientation is a much bigger and more important founding factor. And we hardly ever discuss it.

Like dusting or winding up, marketing is a contronym. It means two contradictory things at the same time. Yes, marketing is about communicating and persuading and influencing. But all too often we forget the other, equally important side of our discipline. Marketing is also about listening and learning and understanding and – sometimes – responding. Giving people what they want.

And the final lesson: don’t fuck with old people. Too often we assume you need fake tits or a six pack and a poolside apartment to be an ‘influencer’. In truth, most of these people fail to have any impact or influence. Real influence can come from any consumer at any time in any place. And they do not need Instagram to achieve it. Just 10 grand, a shitty internet connection and copywriting skills that would put Dave Trott to shame. 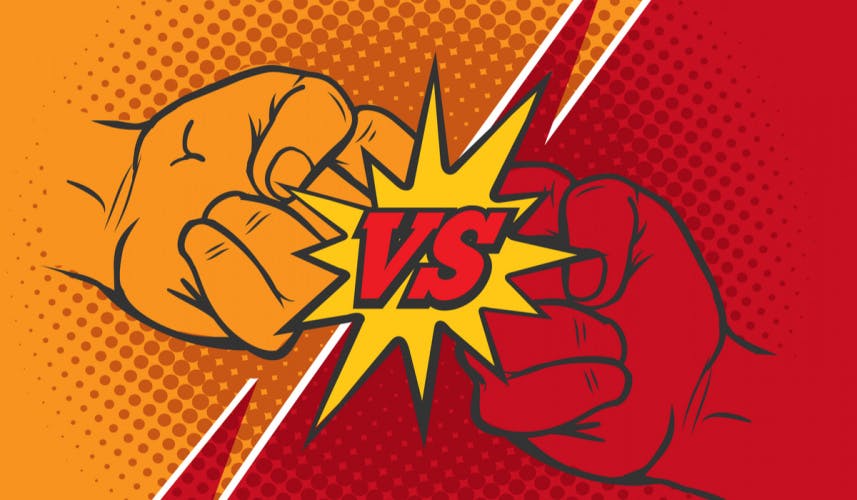 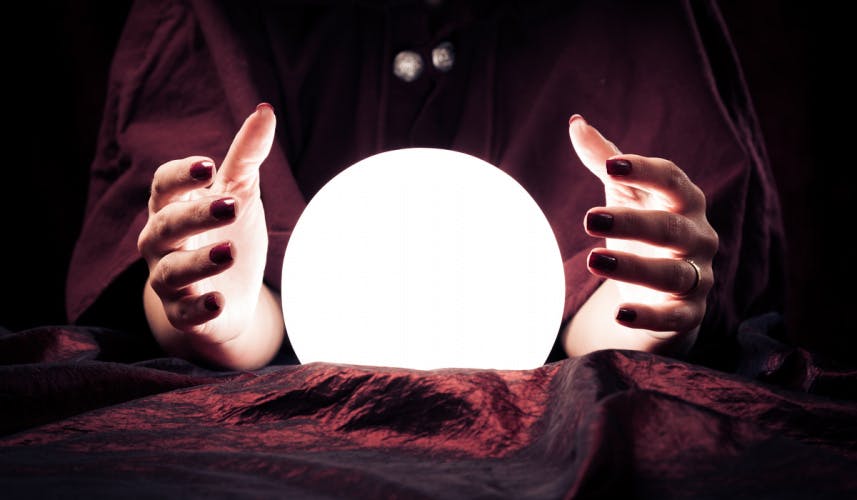 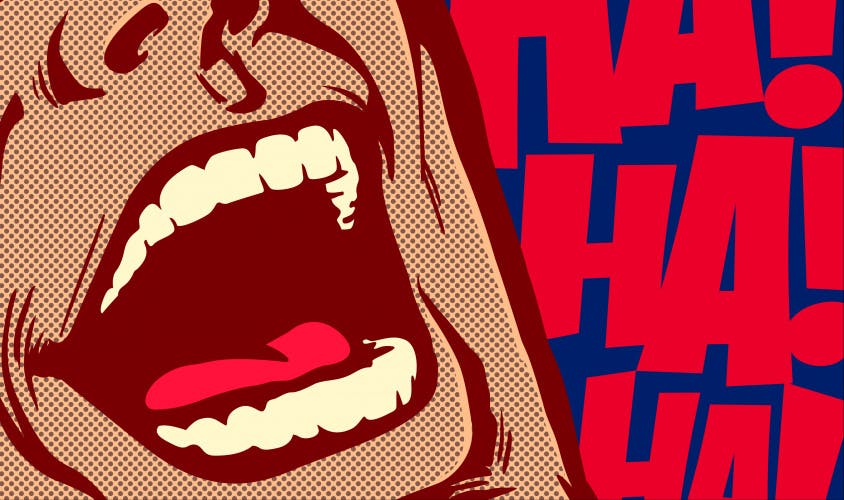