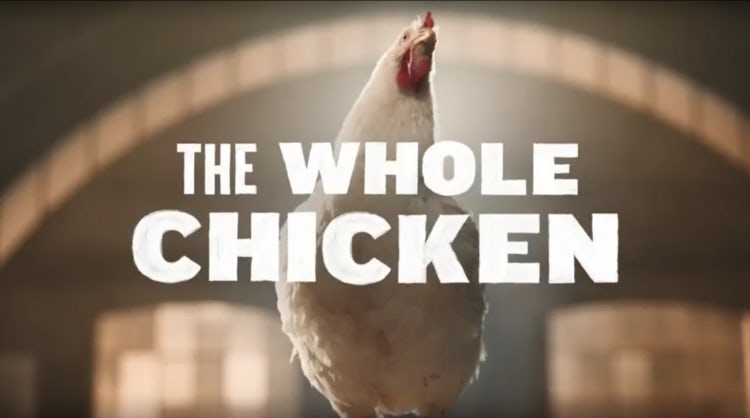 Nothing is ever completely straightforward with advertising but the latest turn of events at KFC is odd even by ad land’s standards. The story so far…

After 15 years with Bartle Bogle Hegarty, KFC launched an agency review at the start of the year and eventually opted to move its business to Mother, but not before BBH bowed out with a quite spectacularly strange ad featuring former Game of Thrones actor Kristian Nairn and a hoard of hungry customers.

Barely a week later and new agency Mother has already premiered its first work for KFC. The new ad introduces a very attractive chicken that looks into camera and flaunts her stuff provocatively as rap music blazes away in the background. The strapline, ‘The whole chicken, and nothing but the chicken’, ends the rather entrancing little film.

The ad itself is beautifully shot and clearly part of a new KFC strategy to focus on the provenance and quality of its meat. KFC’s CMO Meg Farren confirms that: “At KFC we’re proud of our chicken, we’re not afraid to show it. ‘The Whole Chicken’ represents a step change for us, taking a bolder stance when it comes to engaging with our loyal customers and fans.”

But there are two potential problems with such a bird-centric approach. First, most consumers like to live in a world in which animals and meat have either no, or only a tangential, connection to each other. Carnivores are notoriously hypocritical beasts. They don’t eat pigs for breakfast, they have bacon. Deer becomes venison. Baby cow becomes veal. That little bag of dried pigs blood is black pudding. We keep as much distance between the beast and the meat as we possibly can.

That’s clearly a problem for KFC because they are now transgressing one of the oldest rules of meat marketing with their new campaign. You can show the raw meat glistening on the plate. You can have as many long lingering shots of the joint coming out of the oven as you like. You can even have a small army of relatives sitting round the family table eating away. But thou shalt not show the actual beast in question at any point or risk alerting the happily hypocritical carnivore that the little life in front of them is about to get carved up to satisfy their hunger.

I know Mother is being disruptive here and someone down in the Redchurch Street HQ was keen to break the rules for its new client. But some rules, even though we don’t like to say it in marketing, are best left unbroken.

KFC can’t carry this off

Clearly those rules have started to change somewhat in recent years. Hugh Fearnley-Whittingstall has almost single-handedly pushed back against the separation of beast and meat and reconnected them in a noble attempt to highlight the importance of eating animals that have been well treated and humanely butchered. Perhaps KFC and Mother are hoping to tap into this new demand for provenance and greater connection between the meat we eat and the animals we butcher.

But therein lies the other, bigger problem for KFC and its new campaign. There is a world of difference between the long-lived, healthy animals running around atop plush green hills at River Cottage and the unfortunate army of juvenile birds destined for a KFC bucket.

KFC might be proud of its chickens; everyone else is less impressed.

I have no idea the age of the attractive white bird in The Whole Chicken ad but she looks a little old to be working for KFC. Its birds don’t make it past their 42nd day on earth before they are gassed and processed. And I say “earth” but that really isn’t fair. As the BBC’s 2015 Billion Dollar Chicken Shop documentary revealed, KFC birds never see “earth”, instead they spend their 42 days on sawdust and bird shit inside giant buildings with 30,000 other birds and never set foot outside.

KFC says all its suppliers meet or exceed UK and EU legal requirements and adhere to Red Tractor welfare standards. But the captivity and concentration of these animals are two of the reasons KFC continues to use antibiotics in the UK and, according to its own CSR website, believes that they play “an important role” in maintaining the health of its animals. In the US, the brand is phasing out antibiotics by 2018.

READ MORE: If BMW is too radical with its brand revitalisation it will be on the road to failure

My point is not to accuse KFC of cruelty or recommend anyone take up a meat-free diet. This isn’t PETA’s weekly newsletter. My point is that before you start showing animals in your ads, promoting provenance and talking about how “proud” you are of your chickens, you need to be able to deliver. One of the oldest mistakes you can make with advertising is to position your brand on something the customer wants that you simply cannot deliver on. And I don’t think KFC has a good enough approach to animal welfare to be able to carry off this new ad campaign.

And I’m not alone. It would be unfair to use animal rights evidence against KFC when so much of that material is tainted with an anti-meat agenda. But the gold standard for animal assessment is The Business Benchmark on Farm Animal Welfare (BBFAW). Compiled by independent experts, the BBFAW ranks all the major food manufacturers around the world on the manner in which they raise, manage and butcher the animals they process.

The ranking itself runs from ‘tier 1’ companies like Waitrose and Marks & Spencer, which are seen as global leaders when it comes to animal welfare, down to ‘tier 6’ companies like Domino’s and Kraft Heinz, where BBFAW finds “no evidence” that welfare is on the business agenda. KFC, part of the Yum! conglomerate of brands, was ranked in ‘tier 5’ in 2016, where companies that demonstrate “limited evidence of implementation” are put. KFC might be proud of its chickens; everyone else is less impressed.

Again, let me reiterate, I am not saying that KFC or Yum! are doing anything wrong in being ranked so poorly on animal welfare. My point is that even if I were M&S or Waitrose and justifiably proud of the way I rear animals, I’d still think very carefully about showing a beautiful, personable and extremely alive chicken dancing around in my TV advertising. If I were KFC I’d stay about two million miles away from it.

Talk about Kentucky. Talk about being fried. Hell, talk nonsense using one of the stars from Game of Thrones. Just don’t mention the chickens and certainly don’t put them front and centre in your advertising. 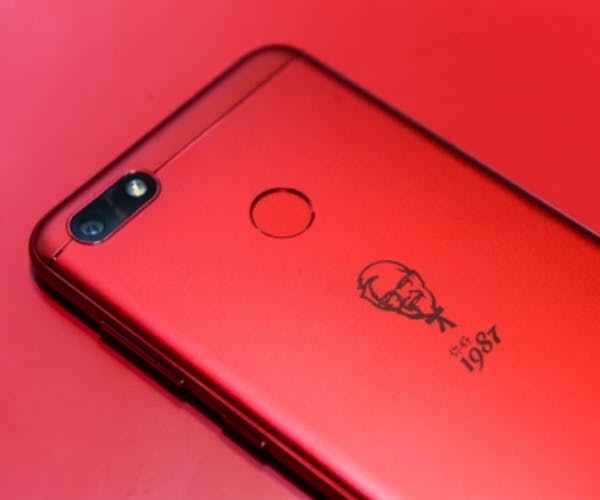 Plus French publishers team up to take on the digital duopoly of Facebook and Google, and Amazon plots a move into Indian grocery market. 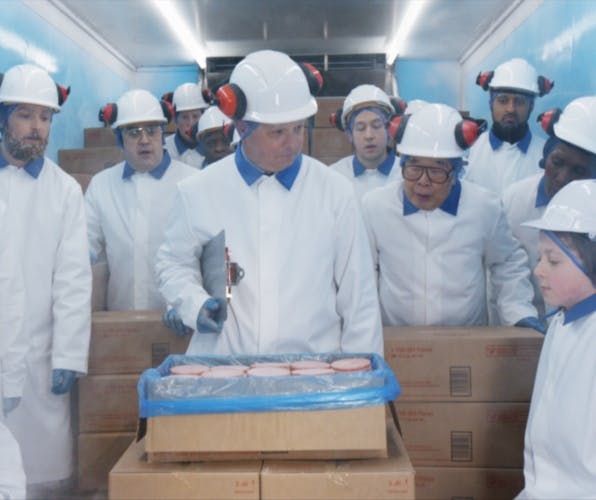