Marc Pritchard is not a big man. There is no definitive reference to his actual height in any of the extensive bios of Procter & Gamble’s chief brand officer but, if I had to guess, I’d say he stands about  5’11” in his stocking feet. On Sunday, however, Pritchard cast a very long shadow across digital marketing and beyond it to the future of global brand communications.

He has made big speeches before, several quite revealing. But at the weekend he obviously decided to deliver four different gigantic messages in one simple speech to a presumably startled audience at the Internet Advertising Bureau’s annual leadership shindig in Florida.

First up was the increasingly dodgy world of programmatic, and specifically the long list of ad tech vendors who each “punch their ticket” and take a significant slice of the client’s media investment long before it ever reaches a publisher or platform.

His claim that this supply chain is “murky at best, and fraudulent at worst” is the clearest signal yet that client companies are finally starting to question the gleaming technological promises that were made about programmatic and digital media in general. Of the four areas of improvement this was perhaps among the most important but also the least specific in terms of action steps to remedy the situation.

Second, Pritchard talked viewability standards. Comparing the current chaotic variations in what constitutes a view on different digital sites to a football game in which each team sets their own definitions of a goal, Pritchard spoke with apparent frustration about the “enormous” amount of work his teams had put into monitoring the disparate viewability approaches of Facebook, Instagram, Twitter, Snapchat, Pinterest, Pandora, YouTube and others.

There is no sustainable advantage in a complicated, non-transparent, inefficient and fraudulent media supply chain.

Then, quite abruptly, he called time on the whole charade and announced that P&G was adopting the Media Ratings Council (MRC) standard and would expect all its agencies and media suppliers to follow them before the end of the year. Just like that. Bang!

This is a mixed message for marketers. The good news is that a single viewability standard is much needed. But the MRC thresholds for viewability are on the lighter end of the spectrum requiring only that at least half the ad be visible for one second for display advertising and two seconds for digital video. This is a very low bar but, if P&G gets its way, it could well render any half-glimpsed two-second video as being “viewed” for many years to come.

Pritchard was not done yet. In the biggest move of the speech, he decried the closed measurement systems of Google and Facebook. He offered up a “confession” that when P&G first embarked upon digital advertising it had traded its usual rigour for the first-mover advantage that these “latest shiny objects” might confer.

Well, Pritchard continued, “we have come to our senses” and will no longer accept publisher self-reporting without external verification.

By the end of the year P&G expects all its partners to adopt third-party, accredited verification of audience numbers. The “gig is up” he told his by now spellbound audience. The P&G shears are coming out and the “walled gardens” are about to be pruned back.

Finally, as if that was not enough, Pritchard moved to agency transparency and the fallout from the 2016 ANA report on media agency contracts and remuneration.

At the time I commented that the big surprise in the report was the number of clients who literally had no clue that there were shenanigans afoot in the industry and with their media budgets.

Time and again marketers were interviewed in that report who clearly had no idea what had been going on. Remarkably Pritchard confirmed that P&G was very much part of that ignorant group.

Apparently, after the ANA report was published P&G did its own digging and found an agency contract that allowed the agency to act as a principal and earn undisclosed commission on media it sold to P&G. These so-called ‘sur-commissions’ were at the heart of the ANA report and Pritchard’s response to the fact that P&G was unknowingly embroiled in the issues was immediate. The company is now “poring over every agency contract for full transparency by the end of 2017”.

Again, the implications for marketers are enormous. If P&G – the biggest, smartest and usually most fastidious advertiser in the world – can find itself on the receiving end of sur-commissions it’s clear that any client company could also fall victim. Careful scrutiny of media contracts, commissions and the procurement of production companies should not just be a focus for P&G but all advertisers from this point onwards.

It’s easy to resort to hyperbole in columns like this. But I have thought long and hard about the sentence that follows this one. This is, by some way, the most important speech in marketing since Unilever’s then-CEO Niall FitzGerald laid out his “path to growth” in 1999 and started the era of brand consolidation that continues to this day.

In one short speech Pritchard attempted to reassert P&G’s leadership position as the most important marketing company in the world, make programmatic ad buying transparent, fix global viewability standards, remove the walled gardens and establish a new level of probity in all agency contracts.

Whether he and P&G will succeed is an entirely different question. It was a bold speech with a clear timeline that demands everything be done by the end of this year. But we live in a digital duopoly. While P&G and its $7bn annual ad spend makes it the biggest player in town, the game itself is owned and run by two global behemoths in Google and Facebook that are, respectively, two-and-a-half and one-and-a-half times bigger than P&G.

It would appear unlikely that either Google or Facebook would let P&G dictate terms to them. It seems even more unlikely that the walled gardens could be brought down with just one simple speech.

Nonetheless, Pritchard just wrote his name into the annals of marketing history. More importantly, his speech on Sunday signals the end of the early stage of digital advertising and the beginning of its maturity as the biggest single form of advertising in the world.

Pritchard admitted as much at the end of his speech. “We’ve been giving a pass to the new media in the spirit of learning,” he explained. “We’ve come to our senses. We realise there is no sustainable advantage in a complicated, non-transparent, inefficient and fraudulent media supply chain.”

Time will tell whether others will come to the same realisation. There can be no bigger question in marketing in 2017 than that; or, indeed, any more dramatic or eloquent way to pose it. We are about to find out how far Marc Pritchard’s shadow will stretch. 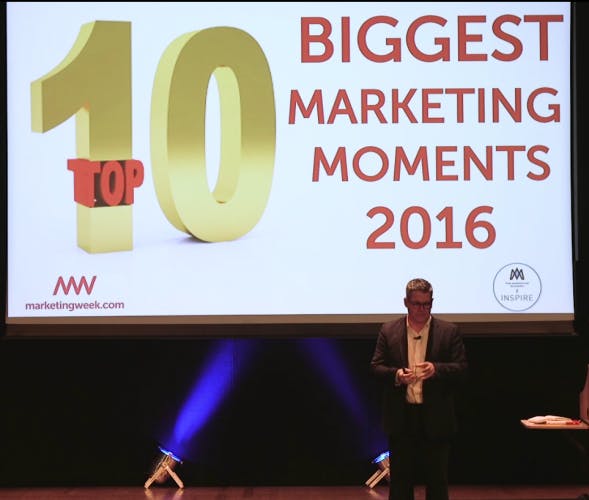 From Facebook’s measurement errors to Unilever’s move to zero-based budgeting, Mark Ritson counts down what he thinks were the biggest marketing moments of 2016 on stage for the Marketing Academy. 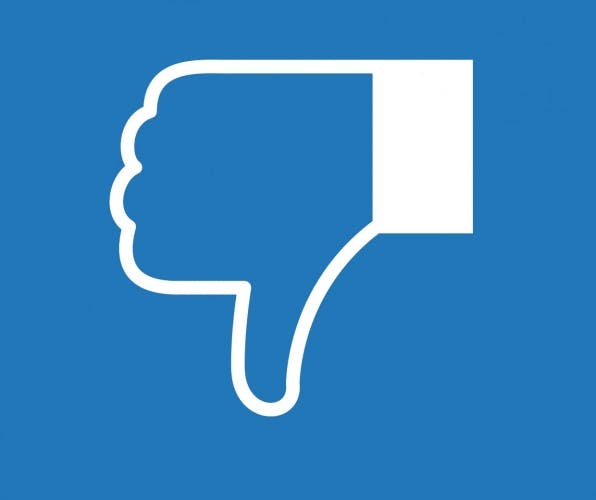