At first sight, an MBA student called Philip Knight, a bee-keeper called Ingram Shavitz and a designer called Donna Faske perhaps don’t appear to be the most fascinating subjects for a branding column. But I write this week not about who these three people were, but rather what they became.

Knight the MBA student certainly got his money’s worth at Stanford Business School. It was mid-way during the course that he was asked by his entrepreneurship professor to write a business plan. Knight came up with a 3,000 word essay entitled ‘Can Japanese Sports Shoes Do to German Sports Shoes What Japanese Cameras Did to German Cameras?’. That essay, combined with a trip to Japan after graduation, resulted in the formation of the Blue Ribbon Sports company, which, a few years and a $35 logo later, was renamed Nike.

In 1970, Ingram Shavitz gave up his New York City apartment and his job and drove his battered old Volkswagen north to Maine. Looking for a simpler way of life he changed his name to Burt, bought a small parcel of land and began to keep bees, living off the meagre income they produced. In 1984, Burt picked up a young hitch-hiker called Roxanne. She became Burt’s lover and then his partner in a new business that used beeswax mixed with almond oil to create a simple, all natural lip balm. In honour of the insects that made the business possible, she named the business Burt’s Bees.

Donna Faske was always talented. Born in Queens, she attended Parsons School of Design and began working for Anne Klein straight out of school. As Klein’s assistant she took part in the infamous 1973 Battle of Versailles in which American designers competed in a fashion face-off against their French counterparts. Faske eventually became head of design and married her childhood sweetheart, Mark Karan. The marriage failed and the newly-single Donna Karan decided to start her own line of clothes in 1984. Inspired by the city of New York and the new era of femininity that the eighties ushered in, Karan’s clothes were an immediate sensation.

These unconnected people have two things in common. First, they each became founders of globally successful, billion-pound brands. Second, all three headed for the exit of their respective empires last week. Knight, now 77, announced he would step down as chairman of Nike next year. Karan made similar moves last week announcing that she is stepping down as chief designer of her own label, now owned by French conglomerate LVMH. Shavitz also moved on last week, heading off to the great beehive in the sky, aged 80.

Despite the biographical tenor of this week’s column, it is about brand management. Founders are inseparable from the brands they create. You can run focus groups and usage and attitude surveys until you’re blue in the face, but if you need to get to grips with brand equity, a close examination of a brand’s founder, origins and history will always offer a superior avenue of understanding. It might sound like over-romantic horseshit to those of you with a more statistical orientation but, trust me, I have learned more about brand equity from visiting a brand’s birthplace and hanging out with its founders than a thousand psychometric Likert questions.

You don’t need data to work out that Nike stands for ‘Just Do It’. You only have to listen to Knight tell the story of how he walked into the Japanese HQ of Onitsuka, the Japanese running shoe manufacturer that was leading the world of sporting goods in 1964, and convinced the company’s leadership to appoint him as its American affiliate. A representative survey of Donna Karan customers might give you clues as to why her fashion became so popular with women but 10 minutes with her in the back of a limo speeding through Manhattan and you understand exactly what the brand is and why it was so successful. Similarly, a visit to the 400 square foot reclaimed turkey coop where multi-millionaire Shavitz spent his latter years explains why his cosmetics were so different from the rest.

In this age of big data and real-time marketing it’s important for brand managers to remember that the best insights usually come from a sample of one – the founder – and from events that happened half a lifetime ago. 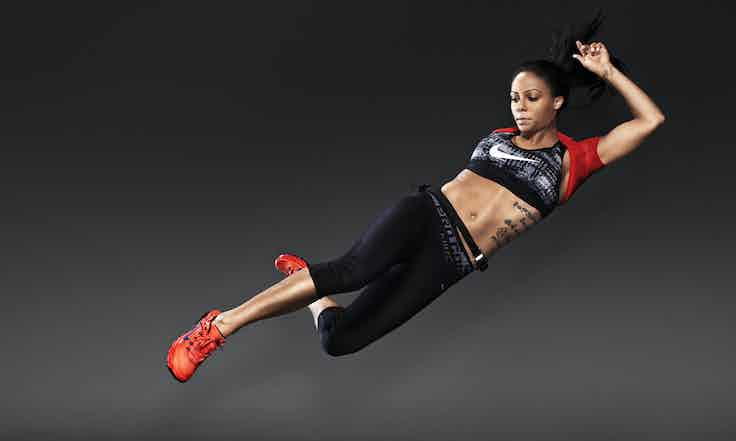 Nike says its womenswear and e-commerce businesses are driving growth for the company globally as it looks to goals it set out last quarter to grow its women’s business to the same size as its menswear category.