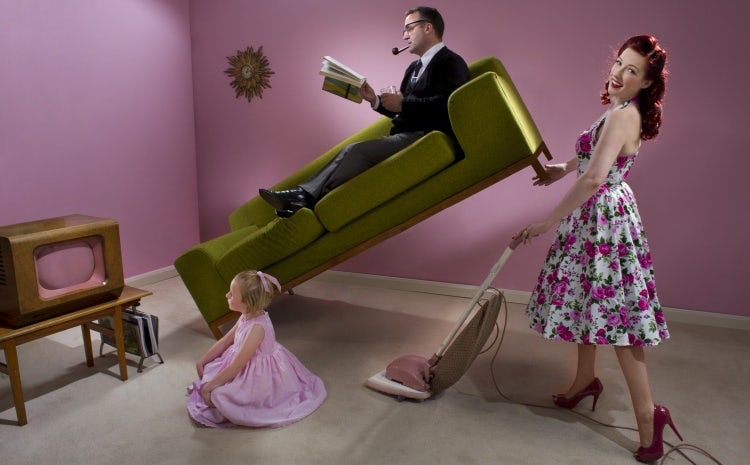 There has always been a very uncomfortable proximity between segments and stereotypes. The only difference is data. If I say that women like pink and men like blue I am a sexist moron. But if I have a survey of a representative sample of the British public that shows a statistically significant skew of female consumers preferring the pink version of my product and a male preference for the blue alternative, I am a marketer armed with insight.

That difference was very much top of mind last week thanks to two very different marketing stories, one enormously encouraging and the other deadly dumb.

On the positive side was the work of the Advertising Standards Authority (ASA) on gender stereotyping. Its report on the subject confirmed that while multiple factors contribute to gender misrepresentation and inequality, a significant amount of the problem can be traced back to portrayals of women in advertising.

It has been a long-running problem for advertisers. When I was working on my PhD in marketing many moons ago I spent (literally) 14 months in the library at Lancaster University on my literature review. God knows how many monographs and books I ploughed my way through back in 1992 and 1993 in that sunless room, but there is only one book that still sticks in my memory a quarter-century later.

The impact of ad stereotypes

Decoding Advertisements by Judith Williamson was one of the first proper semiotic attempts to show that ads not only promote brands, but also have other far-reaching effects on society. The killer part of Williamson’s book is how she shows the manner in which ads contribute to the prevailing ideology by reaching consumers through the ‘back door’ of their consciousness.

When a consumer sees a TV ad with a mother and daughter using Fairy liquid to do the dishes, she instantly puts up her perceptual defenses to avoid falling for the commercial message that funds the advertising message. But, as Williamson notes, with her defenses fully engaged in rejecting the claim that Fairy is a superior cleaner, she accepts entirely the representation of women at the kitchen sink doing the washing up and the complete absence of any men helping out.

Advertising’s overt commercial message belies its more pernicious gender representations which, thanks to multiple repeated viewings and unquestioned portrayals of everyday life, serve to confirm and reinforce the order of things. It’s not just that advertising is guilty of the misrepresentation of gender roles and body image and all the other shit that continues to dog women in the 21st century – it may well be the prime suspect.

I’m hardly the world’s biggest champion for women’s issues or political correctness. I write columns about my penis and use the word ‘fuck’ far too frequently. But what the ASA has uncovered is fundamentally important, as are the subsequent new standards for gender portrayals in advertising that they will introduce to the UK. Any decent marketer must support the initiative, surely.

We took one big step forward last week thanks to the ASA, and just as big a step backwards with Joon and its ridiculous age-based stereotypes.

But in the same week that advertising, for once, was giving me the warm fuzzies it was also smashing me repeatedly in the balls with the ‘millennial’ hammer once again. Over in Paris, Air France and KLM were busy announcing that they were launching a new airline called Joon specifically aimed at the millennial consumer. Look away, those of you of an intemperate disposition; the paragraph below from Caroline Fontaine, vice-president of global brand at Air France, explains the strategy.

READ MORE: Behaviour versus demographics: Why the term ‘millennial’ is useless

“We started with our target customer segment, the millennials, to create this new brand that means something to them. Our brief was simple: to find a name to illustrate a positive state of mind. This generation has inspired us a lot: epicurean and connected, they are opportunistic in a positive sense of the word as they know how to enjoy every moment and are in search of quality experiences that they want to share with others. Joon is a brand that carries these values.”

You can see where this is all going. The airline is going to be very ‘digital’ and staffed by young, hip and very casually dressed young people who occasionally remember to bring you your beverage while worrying about global warming and posting pictures of their pets on Instagram.

My problem with this whole stupid idea is, of course, that the whole myth of the millennial segment makes a mockery of just about every principle of basic segmentation. Clearly millennials as a generational cohort do exist – they are the two billion people on the planet born between 1981 and 2000. But the idea that this giant army all want similar stuff or think in similar ways is clearly horseshit. Similarly, the idea that they also differ from other older cohorts in significant ways is superficially persuasive but turns out to be equally nonsensical.

Millennials are not a segment

Time after time researchers have set out to show the differences between millennials and other consumers. And in every instance those researchers return with data that says that, aside from the general effects of being younger, hornier and poorer than the old fuckers ahead of them on the demographic motorway of life, they are actually remarkably similar to everyone else.

Martin Schiere is a very good Dutch researcher who recently completed a massive quantitative study of 15,000 millennials in more than 20 different countries. His main finding, summarised in the bar chart below, is all you need to know about the millennial market segment. Schiere compared a very sound attitudinal segmentation across the millennial, generation X and post-war cohorts. As you can see below, the green millennials are spread relatively consistently across the five different attitudinal groups. Some are conservatives, some are challengers. Some are creatives while others are achievers.

Being a millennial, irrespective of what some ropey YouTube video with Simon Sinek might have led you to believe, is not a ticket to a completely different kind of mindset. In fact, there is a significant chance that if you lined up five millennials and asked them an attitudinal question they would each disagree entirely with the others. That’s what that spread of green bars tells you.

And what makes the millennials claptrap all the more confounding is the fact that those little green bars, shown above, are very often about the same size as the blue gen X-ers’ and the orange post-war baby boomers’ bars. In other words, the supposedly different older cohorts are just as likely to agree with a millennial as disagree. Rather than being some kind of drastically different group who share a completely alternative mindset, your average millennial is just as likely to agree with her post-war grandfather as her fellow millennial sister.

If your segment is populated by different people who want different things, it is not a segment. It’s a joke and so are your skills as a marketer.

All of this makes Air France’s new airline Joon a total non-starter from the beginning because if the segment you are designing your offer for does not exist, all subsequent marketing bets are off. As any well-trained marketer (hopefully you) knows, marketing is multiplicative. If the segmentation is wrong, your targeting will always be wrong. That ruins your positioning and all the tactical decisions that follow it in execution. Air France and KLM would be as well served to go after Librans because, unless you believe in astrology, they are just about as uniform and meaningful in their desires as the so-called millennial group.

My point is not just that focusing on millennials is a stupid, stupid approach to segmentation, but also that it is a totally unacceptable and offensive stereotype in an era when such things are meant to be behind us. How is it possible to celebrate the actions of the ASA in challenging the common, sexist assumptions made about women in so much marketing while allowing a significant number of big companies to continue to lump consumers together into a millennial segment based solely on a stupid, inaccurate age-based assumption?

I might just as well decide to launch an airline targeting Scottish people called Jock in which all the crew wear tartan, serve only whisky and deep-fried mars bars and keep the prices down because, as we all know, the Scots like a bargain.

And why stop there? Let’s also create Rasta Airlines for Afro-Caribbean travellers. We will play Bob Marley throughout the flight, paint the planes Rasta colours and make sure there is a reliable source of top quality ganja to get you through the long flight ahead. Don’t worry about jet lag, by the time you get to your destination with Rasta Airlines you won’t even know which century you’re in.

Yes, I know these are offensive ill-founded stereotypes. But they are no more stupid than bundling billions of people together because of their birth year and assuming they all like digital stuff, connections, enjoying quality moments and launching a new brand to offer the aforementioned nonsense in airline form.

We took one big step forward last week thanks to the ASA, and just as big a step backwards with Joon and its ridiculous, offensively simplistic age-based stereotypes. For strategic reasons as much as politically correct ones, if you cannot empirically show any meaningful differences between your target segment and the other segments – or if it is populated by completely different people who want entirely different things – your segment is not a segment. It’s a joke and so are your skills as a marketer.

Now, if you’ll excuse me I will leave it there. I’m booked on Rasta Airlines flight 423 to Jamaica and I like to get on board nice and early so I can get as high as possible – long before take-off commences. Respect! 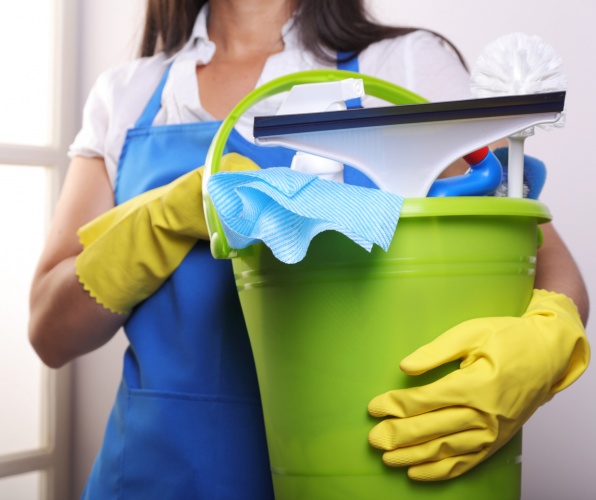 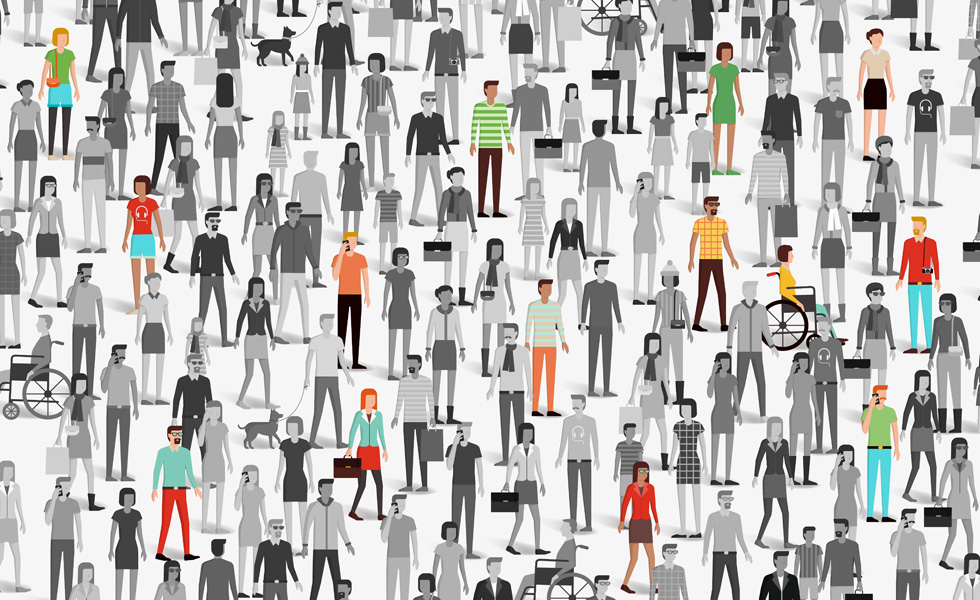 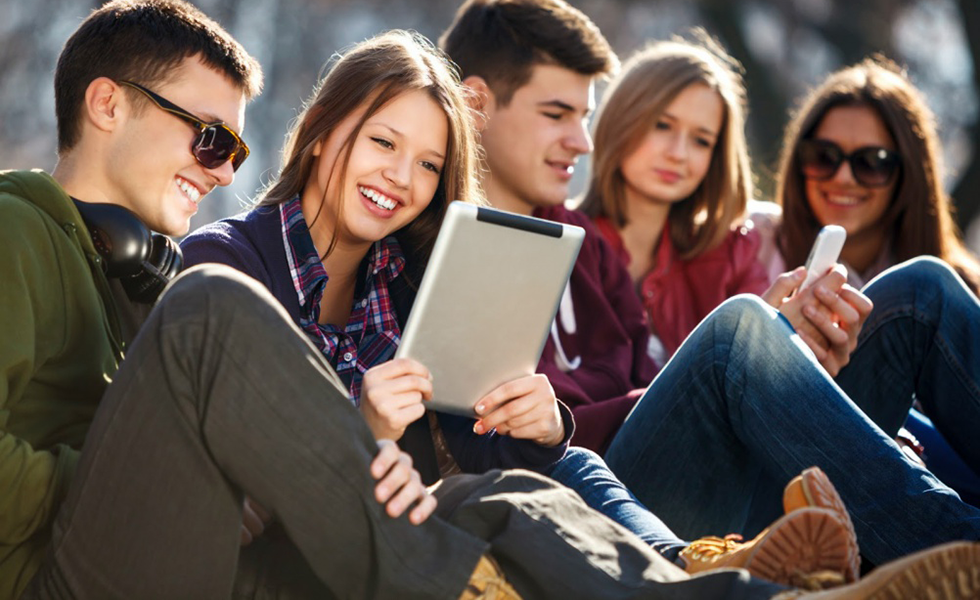