The best way to understand Tesco and the state of its business is to ignore the analysts and just watch what it does with its private labels. I say that because over the last quarter-century if you looked carefully enough you could use their private label successes and failures as a reliable bellwether for the overall corporate health of Britain’s biggest supermarket.

For example, it’s very easy to overlook the importance of Tesco Value when it was launched in 1993. At the time the standard strategic logic, expounded by Sainsbury’s and Waitrose, was that a budget line would lower the appeal of a supermarket and leave it vulnerable to nasty second-tier players like Kwik Save who were undercutting the larger supermarkets on price. But Tesco, armed with a superb marketing director called Terry Leahy and a positioning that inspired the retailer to believe that ‘Every Little Helps’, decided to take the chance and create Tesco Value. Launched in the depths of a major recession, the blue and white striped Value brand helped start Tesco’s 10-year rise to become Britain’s predominant supermarket.

Five years later and Leahy, now CEO, was at it again – this time at the top of the private label pyramid. The successful launch of Tesco Finest in 1998 saw the retailer offer private label products at significantly higher price points than many of the household names that sat next to them on the shelf. The fact that Tesco now sold private label at three levels – good, better and best – meant that it surrounded manufacturer brands at every point with an alternative offer. More importantly it was approaching the heady position where 50% of sales, and significantly more of its profits, were now coming from its own brand sales. Tesco’s dominance was unquestioned.

For much of the early 21st century that dominance continued. But there was a stirring in the south. The German discounters Aldi and Lidl began to make in-roads into the UK market. They were cheaper than their British competitors and used an entirely different approach to private label. If Tesco’s offer was a branded house own label, Aldi offered the house of brands options instead with its pseudo-brands approach. Rather than use the Aldi name, the company offered fictional brands like Highland Black whisky and Sea Queen fish to offer the illusion of choice. This was crucial to Aldi’s success given almost 90% of its sales came from private label.

For the first time in a generation Tesco found itself under attack from a more aggressive, lower priced competitor who was able to steal shoppers from its stores. In 2008 Tesco launched its discount brands range. Hailed by Leahy as its biggest gamble in a decade, the range of 34 brands like Mermaid Bay fishfingers and Gold Sun vitamins looked like Aldi’s pseudo-brands and even highlighted their relative price versus Aldi’s equivalent on the shelf. But their addition appeared to confuse consumers and the juxtaposition of Tesco’s pseudo-brand prices against the traditional Tesco triptych made things even worse. The rot had begun.

Read more: How Tesco is taking on the discounters with new value own-label rebrand

In March this year the launch of seven new private label farm brands appeared to suggest a renaissance for the now beleaguered retailer. The new range, including fictional names like Redmere Farms for vegetables and Boswell Farms for beef, was supremely important because – at almost 20% lower price than Tesco’s Everyday Value range – the new farm brands finally gave Tesco a suite of products that could take Aldi on.

Until, that is, the National Farmers Union (NFU) stepped in this week. Armed with consumer research, the NFU has asked Trading Standards to investigate, saying that out of nearly 1,800 people who believe Tesco’s new farm labels are sourced from the UK, 60% say they would feel misled if that were not true. Only some of the products are sourced in this country.

The great irony here is that the battle is not being fought over the fakeness of the ‘farms’ in question, but rather the inference that these fake farms are exclusively British. Aldi, of course, has its own fake farms (presumably staffed by fake German farmers who sing fake German folk songs) but in a master stroke has promised to ensure all their fake farms will only source from the UK in the near future.

That’s a problem for Tesco because the one part of the farm brand strategy that was working for the retailer was the use of international sourcing to get prices down to Aldi-beating levels. They now face the conundrum of either switching to UK sourcing and losing their price parity with Aldi, or continuing to stock their fake farms with international supplies and face a growing tide of negative PR about deliberately confusing British shoppers.

They​ might be entirely fake farms, but they’ve created a very real strategic problem for Tesco. 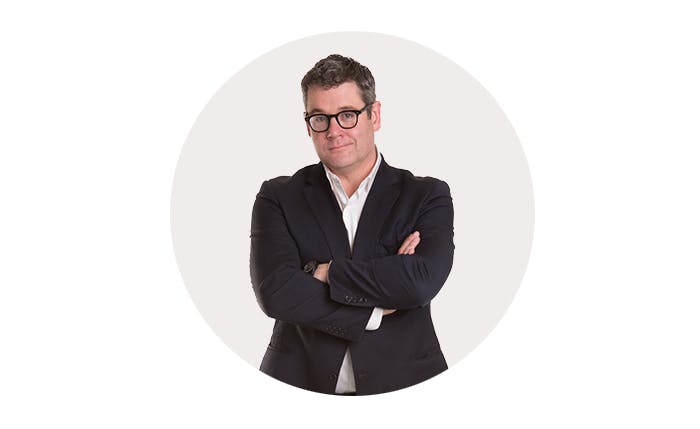 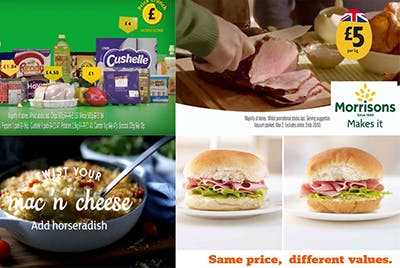 Sainsbury’s and Morrisons have rejected claims that a focus on price cuts will lessen quality perception, with both claiming that a mix of premium quality and competitive pricing is key to revival.

Tesco has continued on the road to recovery as it lessened its sales decline for the fourth consecutive month over the Easter period.