Just over a week ago, farm mechanic Lars Tollef was enjoying a cup of coffee in his home town of Tolga in Norway. To the 27-year-old’s complete surprise the local paper approached him and asked him to answer a few questions for its regular feature ‘Over Kaffekoppen’, in which a local person answers a series of harmless questions over a cup of coffee.

One of the questions was: “Who you would like to be stranded on a desert island with?” Lars took a long pensive swig of his coffee and then replied: “Donald Trump.” When his answer was met with a quizzical look he explained: “Da tar jeg en for laget” – I will take one for the team.

Chances are you chuckled like me when you read this and then thought of Lars Tollef as a rather benevolent, open-minded Nordic dude. Anyone who takes the piss out President Trump, especially in such a delightfully sardonic way, must be cool. Right?

And he’s not the only one. In America, a country which is traditionally far more reserved and respectful towards its elected officials than we Brits, the last seven days has witnessed an explosion of anti-Trump rhetoric and political jostling from billion-dollar organisations and world-famous brands, the like of which we have never seen before.

The approaches range in both tenor and impact. On one end of the extreme are brands like Dove, which gently mocked Trump and his team’s invention of “alternative facts” with a campaign in which Dove makes a series of unsubstantiated and fanciful claims about its antiperspirant (it increases your IQ, first used by Cleopatra – you get the idea). The gentle humour and the fact that the campaign is, at least primarily, only being run in the UK ensure it’s on the mild side.

American marketers have to choose between a stronger brand with a smaller target market or a bigger market with a weaker offer.

In contrast, coffee chain Starbucks was earnest and explicit in its response to Trump’s recent ban on immigrants entering America. “I write to you today with deep concern, a heavy heart and a resolute promise,” explained CEO Howard Schultz last week.

“We are living in an unprecedented time, one in which we are witness to the conscience of our country, and the promise of the American Dream, being called into question.” Schultz went on to announce that Starbucks would find jobs for 10,000 refugees across the globe in its various coffee shops.

In between these two extremes were the brands that got caught out and caught up in the cultural melee that surrounded the immigration ban and the subsequent media fallout. At first Uber stayed silent and used surge pricing when cab drivers in several major cities went on strike supporting immigrants trapped at the airport.

But the sudden explosion of #deleteuber tweets combined with the clever manoeuvring of rival firm Lyft, which donated $1m to the American Civil Liberties Union as soon as the crisis began, left Uber’s CEO Travis Kalanick changing course faster than a limo driver looking for their last pickup of the night. Suddenly he was all about his immigrant employees and a few hours later Kalanick had withdrawn from Trump’s advisory board too.

Budweiser was caught in a similar position, albeit heading in the opposite direction. Their beautiful Super Bowl ad at the weekend was the tale of an immigrant – Adolphus Busch – who lands in America and forges a path to greatness thanks to a chance meeting and a big idea about beer.

But the ad, which had been thought up and produced long before President Trump’s inauguration or his subsequent ban on immigration had been announced – presented Budweiser in an unintentionally liberal light to an audience of more than 100 million Americans – around half of whom take a very dim view of anything that deviates from the Trump doctrine.

So while Travis Kalanick and Uber were rapidly backing away from supporting the new president, Anheuser-Busch InBev the global brewers of Budweiser, were quickly moving back towards Trump and denying their ad had subversive content of any kind.

“There’s really no correlation with anything else that’s happening in the country,” Ricardo Marques, AB InBev’s most senior marketer told Adweek after the new spot aired. Rather, Marques claimed it was “a universal story” and certainly not one specifically referring to this current moment.

Standing up for brand values

So what was all this manouevring really all about? Well there have always been two ways to communicate what you stand for to consumers. The traditional method for positioning is to talk about your values and beliefs and hope they resonate with the target market. The alternative is to pick out an enemy or rival and oppose them in order to communicate you stand for something totally different.

I can try and impress someone by telling them how much I support gender equality or I can find an overt sexist and pick a fight with them in front of the person I intend to impress. Or in many instances I might try and do both.

Avis famously built its brand by positioning against Hertz and suggesting that as the number two brand it would work harder than the established leader in the car rental market. Virgin Atlantic built its reputation by spending the 1980s continuously at war with British Airways for no other reason than that the easiest way to show they were value, fun and innovative was to pick a fight with a UK conglomerate that was none of the above.

Similarly, Apple rebuilt brand equity in the UK by showing a literal personification of a PC (David Mitchell) next to a cooler, less nerdy persona of its own brand (Robert Webb).

Trump is currently towering over most of the discourse, media and news in America. It’s almost impossible for brands – particularly those that now espouse the importance of brand purpose above all other things – to avoid being caught in the shadow of his increasingly disturbing and authoritarian ideology.

The problem for marketers is that despite many of his alarming policies and comments Trump continues to retain the support of almost exactly half the American population. So while brands want to position against Trump to make their own values clear, they desperately don’t want to lose half their potential market in the process.

It’s a desperately difficult situation for American marketers because they almost have to choose between a stronger brand with a smaller target market or a bigger market with a weaker offer. Short of a desert island and a philanthropic Norwegian farm mechanic, American brands are going to have to work out how they dance between these two extremes for the next four years and perhaps beyond. 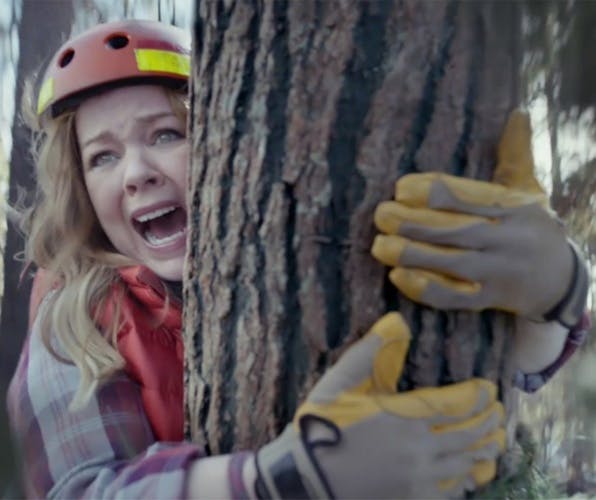 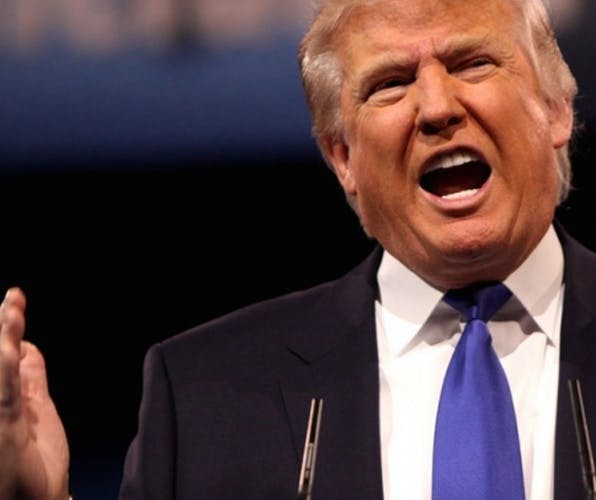 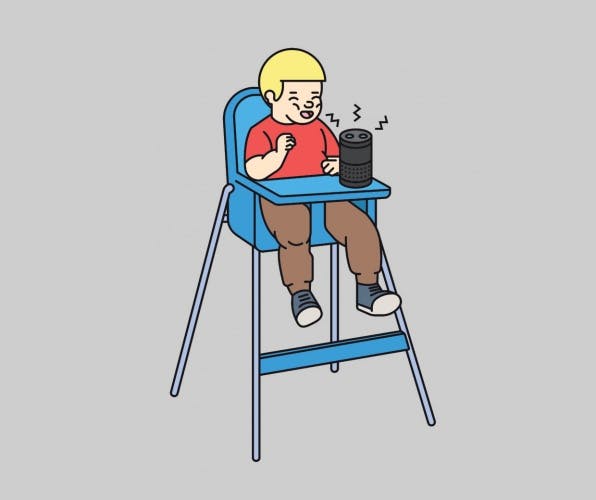