At the start of February, Uber launched a new corporate identity along with a nonsensical video (below) to explain the move.

The response has been uniformly negative with most critics rejecting the logo for the usual reasons. It’s too abstract. It looks too much like the Death Star. It looks mysteriously similar to Circle CI’s logo – a company that shares an office with Uber. These, and many more criticisms quickly appeared.

As a man with no training whatsoever in corporate identity or graphic design, I cannot comment. To me the difference between Uber’s new logo and the one it replaced, and indeed the one that preceded that, all appear pretty fucking arbitrary. More interesting is the manner in which the logo was developed and what that tells you about Uber. It tells me that, despite the £50bn valuation, Uber is potentially about to screw up. Badly.

For starters, there is the simple fact that the logo appears to have involved significant amounts of Travis Kalanick’s time. According to Wired magazine, Uber’s CEO has spent the last three years working alongside Uber’s design director Shalin Amin and a dozen or so others, “hammering out ideas from a stuffy space they call the War Room”. As part of that process Kalanick studied design concepts like colour palettes and font kerning. “I didn’t know any of this stuff,” Kalanick tells Wired.

Kalanick has bigger fish to fry than corporate design. I’d argue even five minutes of his time spent on font spacing is a crime when he is faced with bigger issues like, oh I don’t know, the fact that his company is losing $1bn a year in China or banned from operating in Spain and South Korea.

“The way Amin saw it, Uber’s branding problems were manifold. For one, the company had two logos — one with a U inside a box on the Android app, and one with a U and no box on the Apple app. The letters in the UBER wordmark were too widely spaced, and the U had an unsightly twist on its left prong. What’s more, the lettermark — the stylised, upper-case “U” — looked awkward beside the wordmark. “It read U-UBER,” says Amin, “like ‘Oooober.’”

This kind of myopic, design driven minutiae drives me mental. It’s not that fonts and pantones don’t matter, it’s just that they rarely matter enough to ever necessitate organisational effort. And when they start to represent the main branding “problem” for a company these minor design issues obscure more important branding issues.

What is Uber’s brand position? What are the brand perceptions among its target segments? Does the perception match the position? Do negative brand associations correlate to reduced Uber usage? What is its net promoter score across key segments? Is brand equity sufficient to justify existing price premiums and surge pricing? How strong is Uber’s employer brand across countries? I’d rate each of these questions as being at least 50000% more important than how far from the U we place the B in our name or the colour of the squiggly thing that no-one can actually see when it’s a 2mm wide iPhone icon.

The lack of strategic focus that this design saga reveals is also troubling. The new logo is partly a response to the fact that Uber is no longer a car hire service – it’s now a “transportation network” that delivers “food and packages, as well as people”. Uber isn’t a premium service either anymore. Thanks to a burgeoning phalanx of sub-brands the company believes it has “gone from a luxury to an affordable luxury to everyday transportation option for millions of people”. Those millions of people inhabit 68 countries and Uber is also about to launch a distinctive look and feel in each one of these locations too.

In summary Uber targets millions of people, all over the world, offering to transport anything anywhere at every possible price point in a variety of colours. Sound like a plan? 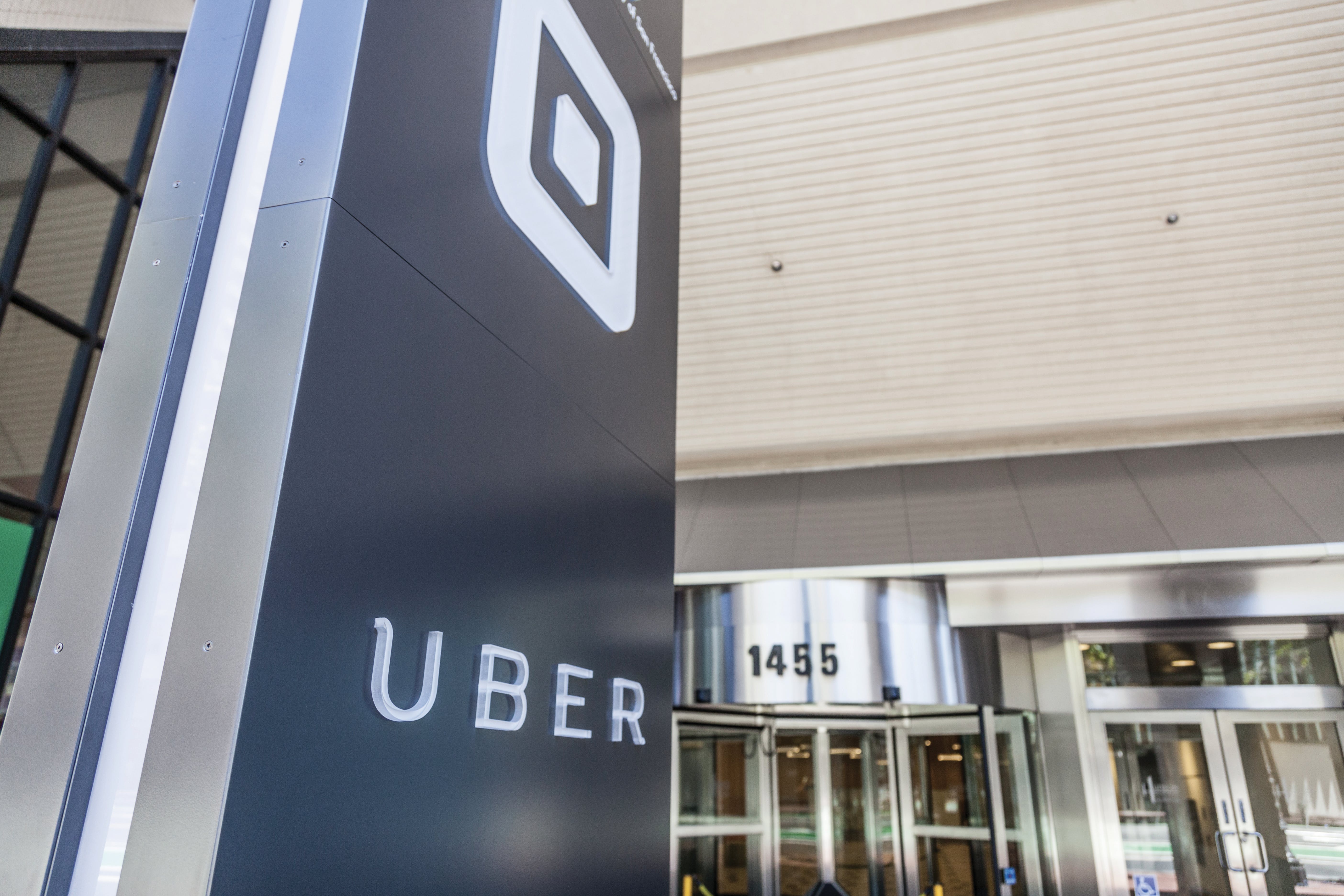 Ahead of the Dreamforce conference in San Francisco last week, Marketing Week took an exclusive tour of some of the city’s most exciting tech brands to see what makes them tick.

There are 19 comments at the moment, we would love to hear your opinion too.