So it happened again. This time of year appears to be enshrined as the annual date for FMCG giants to have a red hot go at digital platforms. Last year it was Marc Pritchard from Procter & Gamble (P&G) giving the speech of his life to demand improvements in the way Facebook, Google and the rest operated. This year it was Unilever’s Keith Weed up on the podium at the same event, the American IAB’s annual conference, delivering his own equally critical set of demands.

Too many marketers assume that P&G and Unilever, the twin towers of global FMCG marketing, are similar operations. Superficially that might appear to be the case. But scratch a little deeper and the differences are obvious – especially when you contrast Pritchard’s 2017 speech with Weed’s opus yesterday (12 February).

Pritchard’s was all about measurement, standards and transparency, and the long term goal of improving effectiveness and increasing profitability. It was a speech that wore a tie and had a slide rule tucked under one arm and a calculator under the other. But it meant business. With a capital B.

Unilever is a different beast. Certainly just as intent on impact and success, but with a European sensitivity to society and a company’s place within it. Weed’s speech was not just about effectiveness; it was about ethics, and the state of modern media and what it is doing to all of us.

“Unilever will not invest in platforms or environments that do not protect our children,” he told the audience of digital marketers this week, “or which create division in society, and promote anger or hate.”

When it comes to demanding less divisive and dangerous digital platforms Keith Weed might as well have asked his dishwasher to marry him.

It would be all too easy to portray Weed as engineering his own ‘Pritchard Moment’. Certainly, P&G’s most senior marketer made himself very famous with last year’s IAB speech and one might be tempted to explain much of Weed’s critical gusto on Monday as an attempt to reclaim the leadership initiative both for himself and the company he has served for 35 years.

But to make that claim would be to do him and his employer a disservice. Unilever is the real deal and when it issues big speeches like this there is always a sincerity behind the words – a sincerity all too often absent from other large company pronouncements, especially those emanating from the West these days.

Unilever made three big commitments this week. First, it will no longer invest in advertising on platforms that do not protect children from inappropriate content, or which engender divisions in society. Second, taking more of an internal focus, the company will explicitly attempt to tackle stereotyping in its communications and ensure that diversity is accurately and correctly presented. Third, Unilever is committed to helping improve the existing sub-optimal digital infrastructure by pushing for a single measurement standard and improving consumer experience online.

It’s a succinct yet enormous ask. Items two and three are entirely doable. Stereotyping is something that Unilever – once infamous for its ‘Spray more, get more’ advertising for Lynx deodorant – can fix on its own and set an example for others.

Improving the digital infrastructure is trickier but Weed’s hit list echoed the same plaintive requests as Pritchard’s 2017 speech, and the P&G man has confirmed that the needle is already moving in the right direction.

“The progress with these big players is really strong,” he told the IAB leadership conference last week, according to AdAge. “It’s a sea change versus where we were a year ago, not only in the progress but the attitude. Every major player has stepped up and taken it very seriously.”

FMCG giants are dwarfed by the ‘digital duopoly’

The problem for Weed, Pritchard and, well, all of us is that first item on his list. While Unilever is absolutely correct to call for platforms to actively avoid hate, division and any possible victimisation of children, the hard truth is that Keith Weed could get up on a stage every day from now to his retirement and ask for the same thing and get nowhere. It is an impossible ask for two very different reasons.

First, there is the thorny issue of size and influence. Weed remains one of the most important marketers on the planet and Unilever easily one of the top 10 marketing companies. But things have changed in the digital days of the 21st century.

We don’t call Google and Facebook the digital duopoly just because it has a nice, alliterative ring to it. The two companies earned that title because they are massive. The days of P&G or Unilever – hell, even both of them – getting up on a stage and dictating terms to Google and Facebook ended several years ago.

To put it in perspective, P&G and Unilever spend around £5bn a year each on marketing and advertising. According to most analysts, about a third of that amount goes on digital communications and usually the duopoly takes around 70% of that (if we include China in the calculation). That means P&G and Unilever both have some spending power given each invests around £1bn a year on Google and Facebook advertising.

That sounds a lot until you set that total against Google and Facebook’s total advertising revenues, which sit at just under £100 billion a year. Digital advertising has a very long tail, global appeal and very few competitors. Combine all those factors together and Unilever is just a mosquito on the back of two elephants.

Thanks to Unilever we will get fewer stereotypes, and a gradually improving measurement and delivery infrastructure for digital media, but the platforms aren’t going to change for the good of society.

If Unilever pulled all its advertising from Google and Facebook for the rest of 2018 it would be like the duopoly losing a couple of days of ad money. Then things would revert to normality again. And they could probably sell most of the Unilever inventory to someone else for almost as much money anyway.

While Keith Weed can do a lot about stereotyping in advertising and contribute to the battle for better digital infrastructure, his main gripe – the issue of what these platforms are doing to people, society and democracy – will go unanswered. He simply does not have the market power to dictate terms to Google or Facebook.

Just as Unilever and P&G learned to live with big retailers in the 1990s and accept they no longer ran the show, they must now accept the days of dictating what they want from their advertising platforms are limited by the sheer size and scale of those they would wish to control.

And there is a bigger reason that Weed’s hard words will fall on deaf ears. Even if Google and Facebook did heed his requests to improve their platforms by removing the hate, the tribalism, the Russian troll farms, extremist media and all the rest of the dark flotsam and jetsam that flows down the digital highway onto every phone on the planet, they can’t because they are not allowed to by law.

Neither Facebook, nor YouTube, nor Google consider themselves to have any editorial control over the content they deluge the world with. These companies must continue to see themselves as platforms for user-generated content and never as publishers of news, films, programme material and other content.

I know, I know. This is clearly nonsense. But should they stray into that territory and lift even the smallest digit to edit what their users post, they would lose their immunity under Section 230 of the US 1996 Communications Decency Act. The only reason these companies can evade copyright law and the various liabilities and libels that every second of their existence would otherwise incur is because they shelter under CDA 230 and operate as internet intermediaries, not as traditional publishers.

Of course, the official line is that artificial intelligence is going to improve the algorithms and save the day because humans cost too much and are inefficient and unfeasible. But it has to be artificial intelligence because if the platforms were making editorial decisions as acts of human endeavour, Section 230 protection would be lost and litigious hell would break loose. So, we endure inappropriate videos for our kids and an echo chamber that serves to intensify rather than dissipate our worst impulses because no-one can or will lift a finger.

That is a shame. Because it turns out that human intelligence and empathy trumps AI in a lot of subtle ways. Last week I had the distinct pleasure of watching Steven Spielberg’s film The Post and then scurrying home, opening a gigantic red from Cape Mentelle and watching All The President’s Men on TV.

Both movies feature legendary Washington Post editor Ben Bradlee. In The Post it’s the Tom Hanks version and he is pushing his publisher, hard, to print the Pentagon Papers and enrage a President. In All The President’s Men it’s the Jason Robards version and he is telling Woodward and Bernstein that they haven’t got the story and pulling it from the front page.

That’s what an editor at a publisher does; they make a call and then, to use another outdated Bradlee aphorism, they “put their cocks on the chopping block” and stand by their decision and their content. By definition, that is what a platform cannot do. Instead it hides behind user-generated content and machine learning and any other device that prevents it from taking the responsibility along with the profits.

Keith Weed made a great speech on Monday and everything, and I mean everything, he asked for was spot on. But when it comes to demanding less divisive and dangerous digital platforms he might as well have asked his dishwasher to marry him.

Ben Bradlee has been dead for four long years and we will not see his like again. These days the algorithms are in charge and they don’t give a fuck about whether you should see a dead Japanese man hanging from a tree or a cartoon pig eating her own father. They just know you will click on it if it is offered up from depths of the user-based fathoms below.

It’s not all bad news. Thanks to Unilever we will get fewer stereotypes, and a gradually improving measurement and delivery infrastructure for digital media, but the platforms aren’t going to change for the good of society. They are, after all, just platforms: cold pieces of metal that anyone can lay anything out upon.

Professor Mark Ritson will be teaching the next Marketing Week Mini MBA course from 24 April 2018. To book your place, sign up at marketingweek.com/mini-mba. 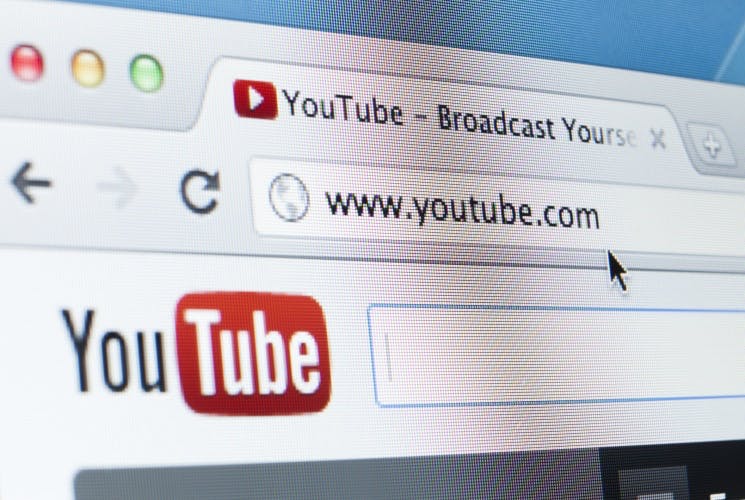