Last week, we got one answer to the question. It appears that many of them get into private jets and head to an Alpine mountain to prance about in snow shoes. I am referring, of course, to that corporate circle-jerk (look it up if you dare) more commonly known as Davos.

The World Economic Forum at Davos is a peculiarly pointless annual event in which political titans, religious gurus and corporate leaders meet and feel important while feeling the world’s pain. I can just about understand why priests and politicians are drawn to the event, but why do CEOs and CMOs of FTSE 500 firms go there? Call me naïve, but I always assumed that successful capitalists and diligent marketers had better things to do with their time.

Jakob Riis, the much celebrated vice-president of marketing at pharmaceutical giant Novo Nordisk, has a busy 2015 with a series of high-profile launches including Xultophy and Saxenda, so how can he have time to attend Davos? I can appreciate the visceral thrill of being in the same elevator as Andrea Bocelli but surely multi-billion euro launch plans should have kept him at HQ this year? And if I was Anne Finucane, global chief strategy and marketing officer at Bank of America, I might have reviewed the appalling financial performance of my company in 2014 and the piss-poor ratings of my bank’s service scores versus most of my competitors and decided that perhaps Davos was not the top priority.

But, when there’s a chance to share apéritifs with Bill Clinton and discuss interest rates with Paloma Faith, what’s a marketer to do?

It’s not just the guest list that beggars belief. This year’s event identified 10 ‘global challenges’ for discussion. Despite the worthy intent behind the list, it was undermined, at every turn, by the event itself. So while attendees debated ‘environment and resource scarcity’, most of them presumably forgot that they had arrived in one of the 1,700 fuel-hungry private jets that brought Swiss airspace to a standstill last week. The discussion of ‘gender equality’ was surely undermined by the fact that 80% of attendees were male.

Ironies and oxymorons abounded. Executives sporting six-figure time pieces railed against economic inequality. Representatives from the very banks that brought the world economy to its knees with their short-term stupidity earnestly debated the value of long-term investment strategies. Rarely has corporate hypocrisy been so blatantly on display.

One might expect the world’s media to point some of this out. Alas, the majority of journalists were victim to a collective case of dissonance reduction because they (or their bosses) also attended Davos. In a master stroke of organisational propaganda, its organisers nullified the criticism from media channels by inviting them too.

Pop stars, gurus, CMOs and journalists. The only thing missing from Davos is, of course, any coherent list of actual achievements. Despite 40 years and hundreds of millions of dollars in wasted executive hours, the output of the World Economic Forum remains entirely underwhelming and unconvincing.

One might therefore conclude that Davos is an inappropriate event. Nothing could be further from the truth. In this over-paid, under-performing, uber-ego world of modern leadership, nothing better captures the current state of post global financial crisis capitalism than the World Economic Forum. In an era when our leaders set examples for others and not themselves and firms openly flout the regulations and values that they are meant to uphold, Davos is the perfect encapsulation of our times. The ultimate international ‘fuck you’ to the 99% signed, with a flourish and a group photograph, by the 1%.

I’d like to propose a new metric for great CMOs and other senior executives who might have been invited to attend but managed to evade the giant Swiss twat magnet that is Davos and got on with their jobs instead. That’s my kind of leader. 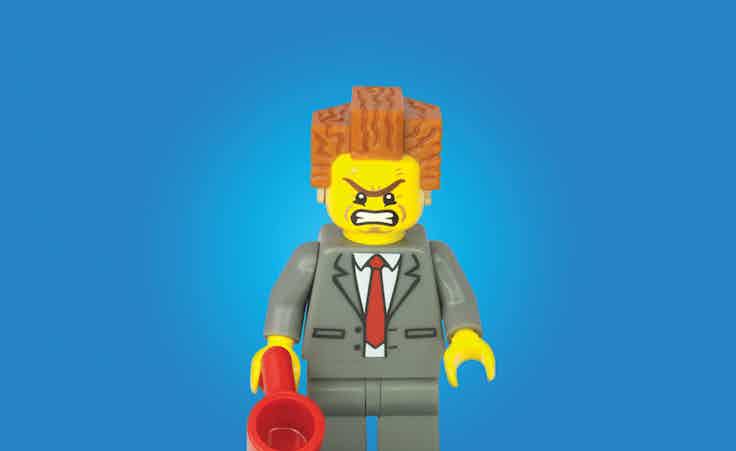