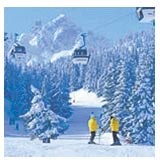 Mark Warner Leisure has appointed Circus and Soul to its business, with Circus handling strategy and Soul implementation.

The upmarket, all-inclusive holiday specialist has been in informal talks with a number of agencies during the past month – including Mother, Partners BDDH and BMP/DDB – according to Mark Warner head of marketing Nigel Ragg.

In the past 12 months, Mark Warner spent &£225,000 on marketing its Beach Clubs brand and another &£230,000 on its main brand. Ragg says the spend is likely to double over the next 12 months, as the company implements plans to double in size.

Bygraves Bushell Valladares &amp; Sheldon handles media buying and Ragg says that this arrangement “is likely to stay the same”.

Mark Warner had a long-standing relationship with small agency Quintessential, but in 1998 appointed Banks Hoggins O’Shea/FCB (BHO). The brief then was also to double the size of the company and the budget was &£1m. But Mark Warner and BHO parted company after a short period and Quintessential was reappointed, handling the business until six months ago, when the agency apparently resigned because it was no longer a big enough account for it to handle.

The holiday company has relied on word-of-mouth, with extremely good repeat business. But with the tourism industry suffering a general downturn due to the economy and the effects of last year’s terrorist attacks, Ragg says it has decided to up its advertising to compete with rivals such as Club Med.