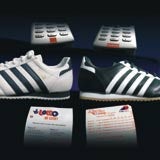 Marketers can spend millions of pounds and countless years developing a brand only to find that inadequate intellectual property protection has allowed an opportunistic imitator to steal its identity.

A rose is not necessarily a rose, under trademark law, unless you can specify and register the exact nuances of the smell, the precise pigment of the red and the distinct shape of the flower, down to the smallest petal.

In the case of Camelot, trademarks have certainly become a thorny issue. The company announced plans for a &£12m ad campaign under the umbrella strapline “Be Lucky” at the beginning of the month, only to find – less than a week later – that rival Littlewoods Gaming had begun using exactly the same slogan in press ads for its pools business (MW last week).

Camelot has now had to abandon its plans to use Be Lucky as a strapline. A statement issued jointly with Littlewoods Gaming on Tuesday said: “Neither company has any desire to confuse customers and nor are we prepared to launch competing marketing campaigns which include identical straplines.

“Given that the Littlewoods Gaming marketing campaign is already under way and that ‘Be Lucky’ is a peripheral part of Camelot’s new marketing campaign for The National Lottery, both companies have agreed that Littlewoods Gaming will continue to use ‘Be Lucky’ and that Camelot will use one of several alternative straplines already developed by its advertising agency.”

Littlewoods had applied to register the Be Lucky text as its own trademark, forcing Camelot, which had spent the past eight months developing the theme but held no trademarks over the tag, to do little but watch, agreeing later to amend its campaign.

A source close to Camelot had earlier dismissed Littlewoods’ ads as a spoiler campaign and a PR stunt, claiming the print ads were only booked the day after news of the National Lottery operator’s Be Lucky campaign broke.

But Littlewoods’ claim that it had begun work on its ads in early summer was backed up by the date of its trademark application: June 25. A spokeswoman denies any dirty tricks.

Camelot joins a growing list of companies embroiled in trademark disputes. Businesses can potentially trademark every aspect of their brands – from names, slogans, smells and colours to technology, packaging designs and shapes – and are keen to test boundaries in the courts and with the Patent Office.

This week, easyGroup meets telecoms giant Orange to discuss the latter’s claims to own the rights to the colour orange in the telecoms sector. It is an assertion rejected by easyGroup director of corporate affairs James Rothnie: “Orange is claiming the colour orange in telecoms. We don’t believe Orange has merit in the case and are prepared to litigate to prove it.”

Four stripes and you’re out

Certainly, there is no single strong precedent to indicate which way a judge would rule if the case were to come before the courts. Many were surprised when Adidas managed to protect its “three stripes” design, according to Giles Crown, a partner at law firm Lewis Silkin. Adidas launched legal action against Stead &amp; Simpson, and a confidential settlement was eventually reached, whereby the retailer agreed to remove its “four stripe” trainers from sale. But Crown says Nestlé Rowntree was asking too much when it tried to trademark the “mint-with-a-hole design” of Polo.

He says: “Polo’s trademark application was without reference to colour or size, and it wasn’t accepted because without these elements it is not very distinctive.”

Orange can take heart from the fact that colours have been trademarked before, according to Crown. He points to past examples, such as the distinctive Silk Cut purple and white. BP, too, trademarked its particular shade of green.

But Rothnie says that orange is as much an essential part of easyGroup’s brand identity as it is of Orange’s. He argues that maintaining a strong brand is particularly important to easyGroup as the easyGroup brand needs to be consistent across markets, while trademarks only apply to specific commercial categories.

Yet, while Rothnie claims that the company has never lost a court case over its use of “easy” name or trademarks, the easyGroup may find this case less straightforward. EasyGroup only applied for the trademark on the particular orange it uses – known as Pantone 021 – on November 21, 2003, and the protection does not cover the telecoms market. Orange, meanwhile, trademarked its colour – Pantone 151 – in 1999.

One of the brands will be damaged by this battle given the pair’s associations with the colour, says British Brands Group director John Noble. “Brands are about creating an understanding of what they stand for, and this takes years, so whatever happens will be bad news for either Orange or easyGroup.”

Brands, he says, need to trademark all their component elements in order to fend off competition from rivals keen to exploit their heritage in the market, legitimately or otherwise. “Competitors can try to hitch a free ride on a brand’s heritage. It can be very damaging to the copied brand’s reputation, as every brand component – from names to colours and packaging – is imbued with its meaning.”

According to Noble, the problem with the law, as set out in the Trademarks Act of 1994, is that it needs to be loose enough to ensure competition, but strict enough to protect trademarks. Achieving this balance is not always easy. “There will always be grey areas and people will always push the rights to the line,” he adds.

Noble says that own-label brand owners, in particular, can exploit ambiguity in the law. He says there are countless examples of similarities between supermarkets’ own-brand products and well-known brands: Asda’s Puffin and McVitie’s Penguin; Sainsbury’s Classic Cola and Coca-Cola; and Tesco’s Temptations and Walkers’ Sensations crisps (MW February 6, 2003). Away from own-label products, Red Bull recently lost the first round of its legal battle against blue- and silver-branded energy drink Sinergy, made by music-venue owner and festival organiser Mean Fiddler.

The only recourse in these cases, says Noble, is to prove “passing off”: that a company has deliberately misled consumers of a well-known brand, resulting in a loss of sales for that brand. But this is very difficult, he says, given the fact that most own-label products are clearly marked as such.

Wragge &amp; Co LLP head of marketing law Rafi Azim-Khan agrees the law has loopholes. But, he says, there are some ground rules that will always hold true. There are three main areas where a company can protect its ideas: through patents on its technology; trademarks on its brand names, logos and shapes; and design registration. But the crux of all intellectual property defence is establishing distinctiveness, Azim-Khan says.

If a company can prove a name, logo, shape, colour, smell or marketing activity is distinctive to its brand, and that any other brand using these elements would cause damaging confusion in the customer’s mind, then it should be able to protect its trademarks.

No distinction, no protection

It is for this reason that Esther Gunaratnam, associate partner at law firm Laytons, advises her marketing clients to make their products as distinctive as possible. She tells marketers to put a unique spin on names and phrases, for instance.

She says: “A lot of marketers come up with names descriptive of a product or what it does, but descriptive names are difficult to trademark. We advise a new spelling of a word, an original presentation or a different permutation of two words.”

In Camelot’s case, the company had argued that the words “Be Lucky” were too descriptive to be distinctive, and so they cannot be trademarked. A spokesman said: “The words ‘Be Lucky’ are free to use and no single trader can claim to have exclusive rights in such a term.”

The recent dismissal of Nestlé Rowntree’s attempt to trademark Kit Kat’s “Have a break” slogan supports this view. Lewis Silkin’s Crown says slogans are difficult to establish as they are often only distinctive in the context of the brand. “‘Have a break’ was only distinctive with Kit Kat at the end. It is difficult to prove distinctiveness in slogans, as by their nature they are quite commonly said things.”

But companies have protected generic text in the past. Procter &amp; Gamble succeeded with its claim over “Baby Dry” for the Pampers brand, although Wrigley failed to prove “Doublemint” was distinctive enough.

The timing of trademark registration is also crucial, says Budweiser Budvar UK chief executive John Harley. The company is no stranger to trademark conflict, given its 80-year battle with Anheuser-Busch over the rights to the Budweiser name.

Harley says the company has fought many trademark battles over recent years in different countries and that the cases have normally been decided on which company trademarked the names first.

But the UK, he adds, has taken a “grown-up” decision in allowing both companies to use Budweiser. He says this proves the courts can see that “consumers are not daft enough to be confused by two different brands”.

Camelot is no stranger to controversy over the timing of trademark applications. The company lost its High Court fight against smaller rival Inter Lotto over the Hotpicks name earlier this year, owing to the latter’s first use of the name. Sources say a “major” out-of-court settlement means Camelot can continue to use the name with permission from Inter Lotto (MW March 25).

Cost of a clash is cold hard cash

The money involved in such cases, says Azim-Khan, shows the huge costs companies can incur when their trademarks are not sufficiently protected. It is much cheaper to consider intellectual property protection at the earliest possible moment.

Registering a trademark costs just hundreds of pounds, he says, and to create a wider legal strategy to pre-empt any threat to this trademark costs only thousands. But a straightforward injunction preventing the use of the trademark can cost tens of thousands, and a full-blown High Court battle hundreds of thousands in fees. “The majority of marketers do not understand brand law,” he says. “Marketers often don’t like lawyers, because we are seen as ‘no’ men, but if you come to us after products are launched the options are limited.”

And for most big companies, Azim-Khan adds, the money awarded in damages is of little importance compared to the need to force the offending product off the market before it causes any confusion. “If you are Microsoft,” he adds, “you just want to stop the infringement, not win the money.”

Foresight, he argues, is the key to brand protection: companies are unlikely to find themselves in too much difficulty should trademarks be registered at an early stage. But brand owners that don’t take precautions should beware: somewhere down the line, there may be a copycat product stealing your thunder.