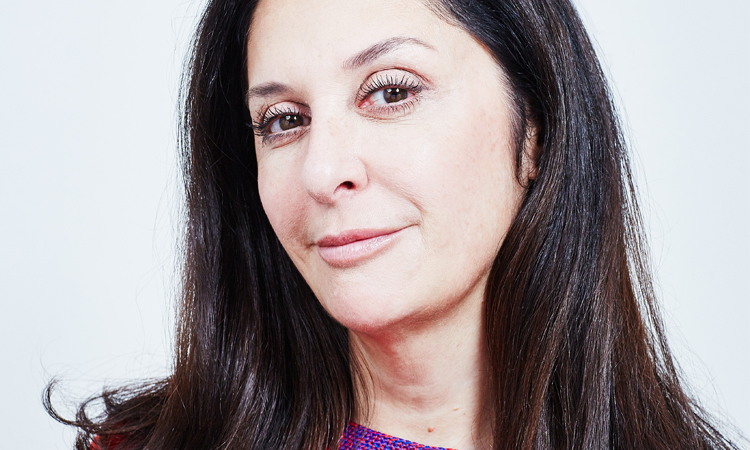 Sue Chidler’s marketing career began more than 30 years ago with a job interview in French. Fresh out of university with two degrees – one in French, Spanish, business and politics, and a post-graduate qualification in international business – she started applying for “anything that looked semi-interesting”, which is when she landed her first job at Puma in 1987.

It came as a bit of a surprise at the time, given the interviewers said they would pay her travel expenses if she didn’t get the job but not if she did, and then asked her how much her train cost.

Chidler refused to tell them, got up and left. But by the time she’d got home, they had already called to offer her the job.

Whether they were wooed by her French or ballsy attitude, Chidler spent the next two years as the sports brand’s marketing services manager, where she worked with a number of big sporting names including Linford Christie, Boris Becker and Paul Gascoigne.

In her mid-20s, Chidler waved good bye to London and moved to Nottingham to start a job at Wrangler, which was trying to take on Levi’s in the midst of the UK jeans war.

This is where she got her first real management position, and where over the next four years she learned a number of invaluable lessons about art, creative, and client and agency relationships, which she says has shaped the way she works with agencies today.

Lingerie brand Gossard marked Chidler’s move into an international role. It was also where she had her ‘viral’ moment when she launched the most complained about ad of the year, accused of causing car crashes, which led to Chidler having debates with Irish priests on the radio.

The power and the voice of the consumer are all far more at the core than they would have been 30 years ago.

“I’ve got a very young team now and I do feel like the grandma telling the stories about the way it used to be in the good old days,” she says.

Via Timberland, Chidler joined her former competitor Levi’s in 2002, which was then a very different brand from the one she had known in the 1990s. Sales were down and its image was suffering, but Chidler was ready to make some drastic changes that would turn the brand around.

“It was probably the hardest time I’ve ever had within a business,” she says. “But also where I learned the most.”

Almost two decades on from her first marketing job, Chidler had fallen out of love with big companies. And so she set up her own consultancy in 2005 – Hi I’m Sue – where for the next seven years she worked with brands including Triumph, Timberland and Cath Kidston.

Her consultancy work was what landed Chidler her most recent job at Cath Kidston, as director of global marketing, in 2013. She led a 32-strong marketing team that has helped sales to grow from £50m to £136m over the last five years.

Chidler says it was Cath Kidston that made her fall in love with going in-house all over again.

The days of fax and Telex

“When I first went to work the only person who had a computer on their desk was the guy who worked in supply chain and logistics. We used to have outline sketches that we would colour in to show the colours of all the shoes. I shared a house with the sportswear designer and she would bring these things home and we would sit and colour them in and fax them through. It was like being back at school.

“I remember getting the first Mac [computer] and getting the Telex come in overnight from the Far East, so you would come in the morning and there would just be reams of paper on the floor where all of the information was going backwards and forwards. It was a very different way of working.”

Fighting a war with competitors 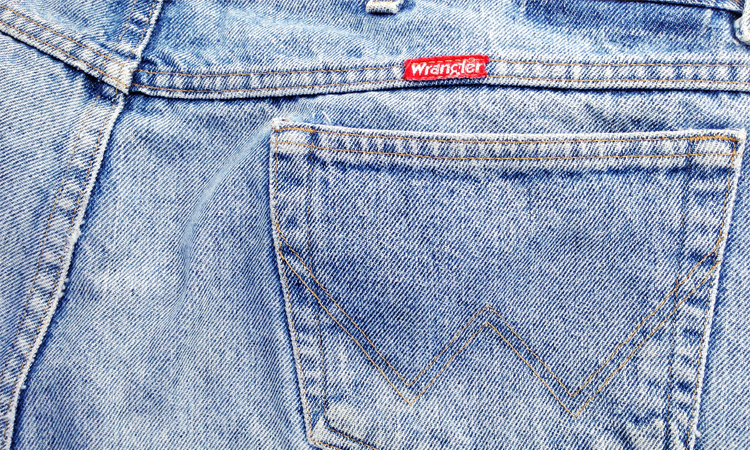 “When you’re in your 20s, you think: where am I going to go to get the broader experience? It was a bigger department, a bigger budget, a bigger brand and it was at the time of the real jeans wars in the UK. Levi’s was doing amazing things with all its classic advertising and Wrangler was very much a challenger brand.

“I learned a lot about the art, the creative part of a business, working with agencies. I definitely see an agency as a true partner. Like any relationship, sometimes that’s good, sometimes it’s bad, but that doesn’t mean to say you get a divorce. I feel it is a really big failure on my part and my team’s part if we ever have to separate from an agency.

“My general manager was a great business mentor – he had worked his way up from the factory floor and was very inspirational and trusting as a leader. He let you make mistakes in a very safe way and I think when you’re young that’s very important.”

“I’d always wanted to have a more international, or certainly more European, perspective because of my uni days. It was a really exciting time for the brand and probably quite a scary time from a shareholder’s perspective because they had just lost the Wonderbra licence and obviously they had been hugely successful and that enabled them to put Gossard on an international level. So we were trying to launch a competitor to a brand that we had made very successful, but also reinvigorate other products that were in the portfolio.

I feel it is a really big failure on my part and my team’s part if we ever have to separate from an agency.

“I launched the most complained about ad of the year. [Sophie Anderton] was in a range of see-through underwear and it was a huge outdoor campaign; she’s lying back and it’s a copy of a very famous Jane Mansfield photograph, with the tagline: ‘Who says a woman can’t get pleasure from something soft?’

“Nobody would have the balls to do that now, it wouldn’t get past. We knew it was a risk. That led to all sorts of things: we were accused of causing car crashes, I was on radio on debate programmes with Irish priests, it got picked up by Chris Evans’ show. It was bonkers but such good fun. Sales went through the roof. That was the equivalent of going viral today.” 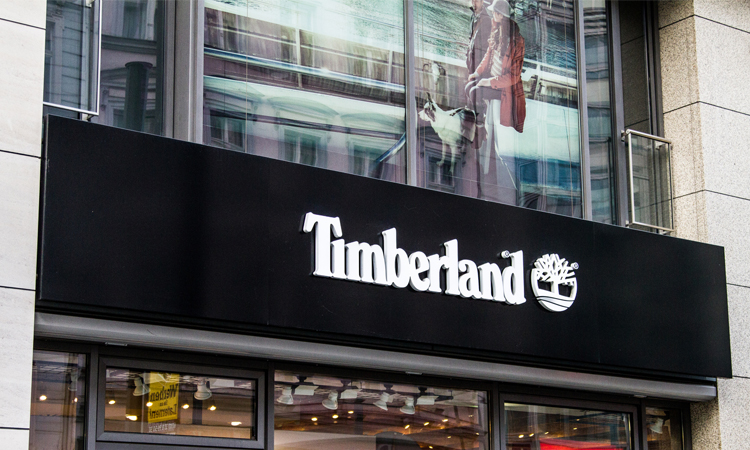 “Timberland approached me a long time before and I turned them down because I didn’t think they knew where they wanted to go. But they’d set up a new European office, they were a bigger brand than Gossard, it was the phenomenon of the yellow boot and I had the opportunity to build a team from scratch. It was going to be my first director position. It was a great opportunity to shape something.

“I remember having early conversations about going on to one of the first multi-brand e-commerce sites, boo.com. It failed after a relatively short period but we were one of those brands that took the risk to be part of the e-commerce experiment.

“What I saw very quickly is that you have to be consistent in your message because people could have access to what your brand was about, very easily and very quickly, from wherever they were in the world.

“The visibility of your brand and your brand’s behaviour, brought about by the rise of the internet, was probably the biggest seminal moment in my career – more so than selling online.”

Turning round an ailing giant 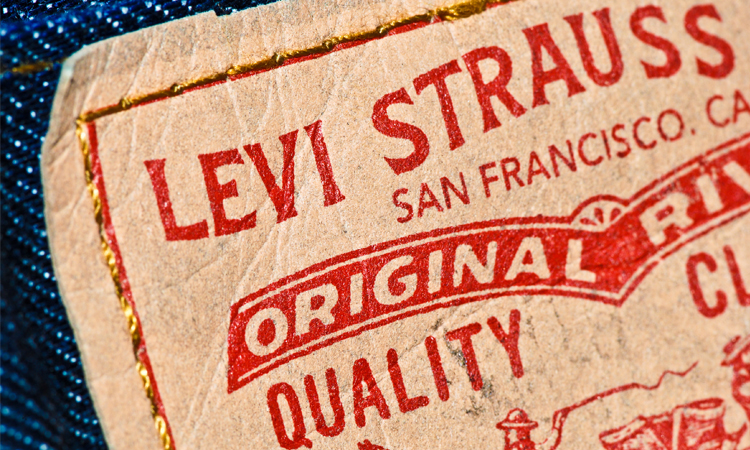 “Levi’s was at a very different place from where it was in the 1990s. We called it the Jeremy Clarkson effect – it had started to become your dad’s brand as opposed to the rebellious symbol of youth that it had been in the early 90s.

“When I joined the brand, sales weren’t far off freefall. It’s probably the hardest time I’ve ever had within a business, but it’s also where I learned the most.

“We made some really bold moves: we halved the size of the product range, we took out an entry level price point of jeans, we went from 17,500 doors across Europe to 14,000 within six months. We knew we’d have to go backwards to go forwards.

“It was a combination of three things – reigniting the 501, having time to develop and launch three alternative fits to the 501, and launching a women’s collection and women’s only advertising for the first time –  that turned the business around for Europe. You learn a lot in a turnaround situation.”

“I fell out of love with big companies. By then I was nearly 20 years of working within that kind of environment and I wanted to step back and work with brands and people that I wanted to work with.

“I took a leap of faith. Whenever I’d been introducing myself for the previous 20 years, it had been ‘Hi, I’m Sue from Levi’s or Timberland’ and so everyone wants to talk to you when they think you’ve got a big budget. But all of a sudden I didn’t have that big company to be my double-barreled surname.

“I wanted to give myself time to fall back in love with what I’d always loved doing.” 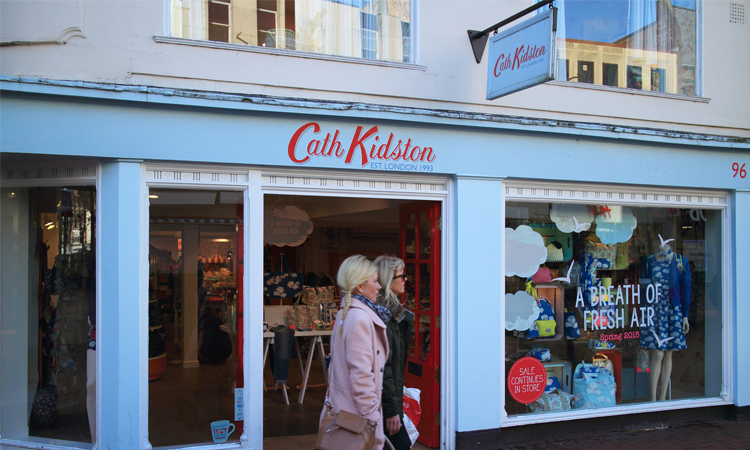 “I’d consulted with Cath Kidston for just under two years before I went in-house. Cath was involved in the business but it was growing at a pace where you couldn’t just swivel around on your chair and have a conversation with somebody.

“Marketing didn’t really exist as a true function at the time so it was another [opportunity to] get your sleeves rolled up and put all of the disciplines in place. It’s now a team of 32 and I had a very broad remit: all of the things you would expect within the marketing mix – visual merchandising and store design, I’ve built the social team within the organisation, and I work very closely with the ecommerce director.

“The power and the voice of the consumer are all far more at the core than they would have been 30 years ago. You didn’t really hear much from the consumer and you didn’t ask that much, that’s a real swing. If you don’t listen to your customer today you do so at your peril. They have far more power over the success and failure of brands.” 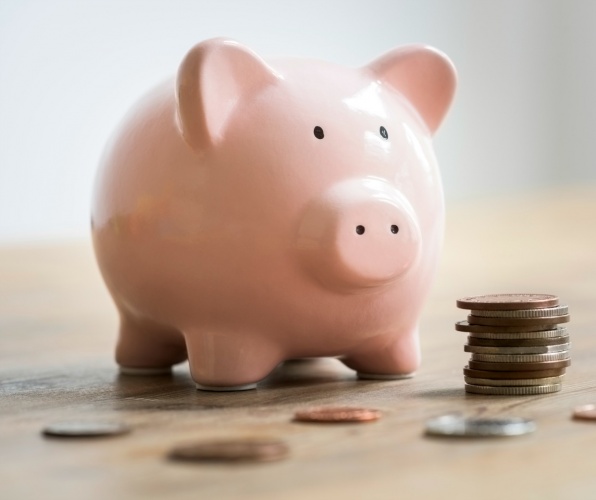 Story of my CV: Despite having some of the biggest budgets in marketing throughout her career, Amanda Mackenzie, now CEO at Business in the Community, says with determination and the right talent “you can achieve anything”. 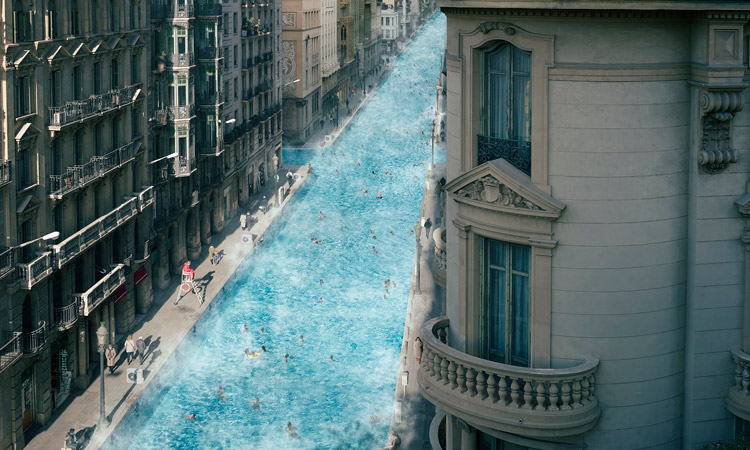 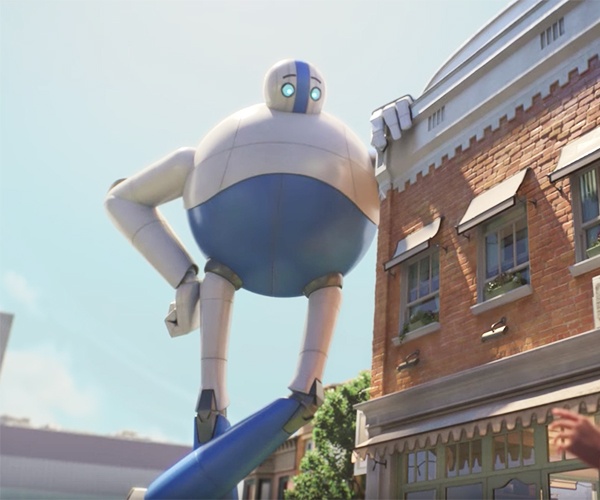