Programmatic is changing the way brands buy media at a rapid rate, yet there are mounting concerns about a lack of transparency in the marketplace. Last month, Marketing Week columnist Mark Ritson argued that there is a “culture of agency kickbacks” within programmatic advertising whereby media owners or suppliers pay fees to media agencies.

He suggested that such kickbacks encourage agencies to buy media that does not align with their client’s strategy or target audience. This followed the publication of new guidance by advertising trade body ISBA, which pointed to a lack of transparency in media buying in areas such as ad viewability, brand safety and click fraud. The report also expressed concerns about the use of rebates: the money that media owners give back to agencies if they place more ads for clients.

There are signs that brands are starting to wise up to these issues though as some are switching agencies in the search for greater transparency. Online retailer Shop Direct, for example, stopped working with its former agencies a year ago after experiencing problems around ad fraud and “poor quality ad inventory”. Shop Direct’s head of digital Chris Howard explains that these problems were rooted in a fundamental lack of understanding of exactly where the company’s programmatic spending was going.

“From a performance perspective, we were seeing what looked on the face of it to be great results, but we had limited visibility into the individual ad formats that were being served, the domains and publishers on which we were being served and limited data on things like ad viewability,” he says.

“DSPs have come a long way over the past couple of years in terms of integrating things like brand safety technology and viewability technology directly into their platforms, which has helped significantly,” adds Howard.

Over the past year, Shop Direct has used programmatic to support the acquisition of new customers for its Very.co.uk brand. This involved using third-party data to serve ads on websites that its target audience commonly visits. These ads were also synchronised with Very’s TV advertising schedule to reinforce the messaging. Shop Direct reports that the programmatic campaign directly resulted in the acquisition of 10,000 new customers for Very, with a cost per acquisition that was 40% under its initial target.

Howard believes that in order to achieve better results and greater transparency from programmatic spending, brands must develop “open relationships” with their partner agencies. “We have certainly been on a learning curve over the past few years and other advertisers have as well in terms of how different parts of the programmatic ecosystem work,” he adds.

“It is about understanding the right questions to ask our partners, and learning off the back of it as we start to get more and more insight into exactly where our advertising is appearing.”

The issue of transparency is also high on the agenda for Samsung’s European head of digital marketing Nick Mills, who suggests that in addition to working closely with agency partners, brands should ensure programmatic is understood across their business.

Samsung consolidated all of its first-party customer data in a central European database three years ago and has sought to share actionable insights across the business by providing tools for different departments to access and understand the data.

Speaking at the Programmatic Pioneers Summit in London last month, Mills said: “We are halfway through [the process], looking at how to democratise the data and what that means from a management dashboard down to a hands-on operational team.”

He revealed that Samsung hired a dedicated head of digital education who is responsible for holding sessions with senior managers across the business to educate them on areas like programmatic. Mills is also working with executives to improve their understanding of the technology, which involves framing discussions in terms of results and the effect on customers.

“We have been getting our CMO and chief financial officer involved in the training,” he said. “It’s bit by bit – showing them that we tested this [using programmatic], and got these results. It’s not as if they are completely sold into the specific details of programmatic. They like to see numbers but we also try to sell them into the full customer experience idea.”

Meanwhile, Sille Opstrup, head of digital at Pernod Ricard UK, revealed that the drinks company has taken certain elements of its programmatic buying in-house in order to exert greater control over its strategy, including ads related to pricing and promotions. This allows the business to more accurately measure how much it is spending on specific campaigns in order to drive results.

“We have taken some of those programmatic purchases in-house because pricing and promotions sit with our commercial team and we want to be able to look at the margin we have on a promotion and decide that’s how much we can spend on that brand when we’re pushing it out with a programmatic campaign,” says Opstrup.

“We found that the agency was not best placed to do that so we started doing it. It’s about continuously being nimble and thinking about different ways that you can do something, because that’s when you start learning.”

Similar to Samsung, the scale of the Pernod Ricard business demands an ongoing process of education and feedback to ensure different departments understand programmatic. The company employs a global programmatic lead who is responsible for developing partnerships with agencies, ad exchanges and publishers such as Google, but its local brand teams – which include Absolut, Jameson and Malibu – are responsible for managing their own media budgets.

Opstrup’s department is responsible for “incubation and testing”, which involves experimenting with new programmatic strategies and feeding the insights to the brand teams. “It is a challenge in a big organisation,” she added. “When [the brand teams] need that insight, we’ll work closely with them to create feedback loops that go right back to their creative agencies and we’ll test and learn. We look at how we can create stuff that’s easily adaptable at the local level and that builds on the global brand strategy.”

Brands are bringing together a range of agency partners to help them achieve better results from programmatic. Hotel group Hilton, for example, has enjoyed success by combining programmatic ad buying with mobile marketing and paid search. Director of digital acquisition and online marketing Kassie Kemp explains that this has involved bringing together the company’s technology suppliers with its media agency when planning campaigns (see Q&A, below).

Hilton recently worked with performance marketing agency iProspect on a campaign that involved using search and geo-targeted messaging to push hotel room deals to travellers at US airports whose flights had been cancelled and needed somewhere to stay that night. The ads were delivered programmatically when cancellations reached a preset threshold, with paid search messaging delivered using terms such as ‘book tonight’ and ‘stay near the airport’.

The campaign resulted in an 88% uplift in revenues at Hilton hotels in New York compared to the days when the messaging was not activated. It also saw revenue uplifts of 220% in Washington DC and 500% in Philadelphia.

Although the campaign was activated across all device types, the biggest response was on mobile as commuters using their smartphones at the airport clicked through on the ads.

Kemp says that using programmatic enabled Hilton to respond quickly and at scale to help customers during a time of need. Brands seeking to achieve strong results from their programmatic spend – and greater transparency – must also look to innovate internally and through their agency partnerships.

She adds: “This campaign generated increased reservations, but also improved relationships and brand perception with new and existing customers.”

Where is Hilton at with its programmatic strategy?

Our programmatic strategy is key to how we approach our go-to market media strategy. Our strategy enables us to think about the guest first to be relevant, timely and valuable in the messages that we deliver across media channels. We have been buying programmatically for many years. In the past four years, we established our strategy across our portfolio and have seen great success. 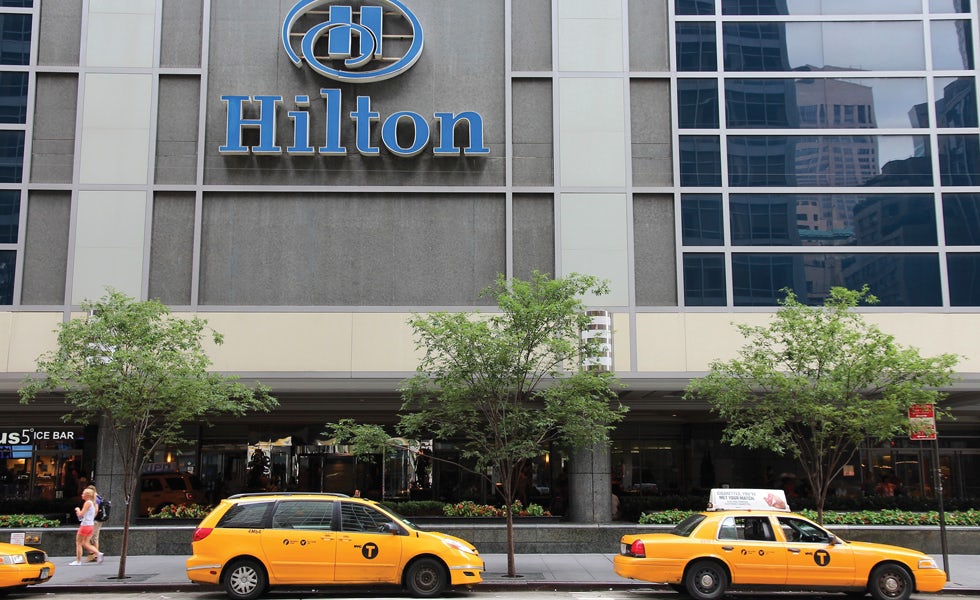 Has Hilton made changes internally to make optimum use of programmatic, and what metrics does it look at?

We find it valuable to bring our key media agency, technology partners and internal stakeholders to the table to ensure that we’re considering all possibilities when looking at new programmatic executions. Our programmatic strategy has allowed us to get very specific and connect previous standard media metrics
to our business objectives. In our current ‘Stop Clicking Around’ campaign, we know which audience segments, channel optimisations or ad formats are driving consumer change and direct bookings.

What are the key benefits of programmatic advertising for Hilton?

Our evolution to programmatic advertising has increased transparency of how our media is bought and optimised. It has allowed us to be closer to the real-time media decisions to ensure that at all points in the media journey we are able to optimise to our key business goals.

Join our essential Get with the Programmatic conference in London on 21 September to tackle 2016’s biggest programmatic topics – from mobile, native advertising and out-of-home to creativity, in-house and more. Visit the event website here. 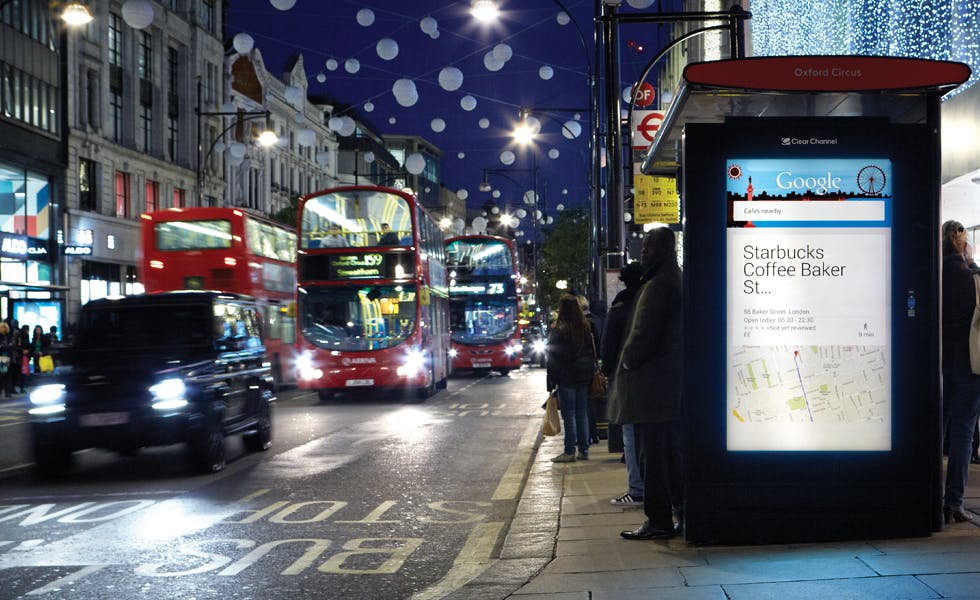 Following the roll-out of programmatic buying in the out-of-home (OOH) space earlier this year, what are the opportunities for brands and who are the early adopters? 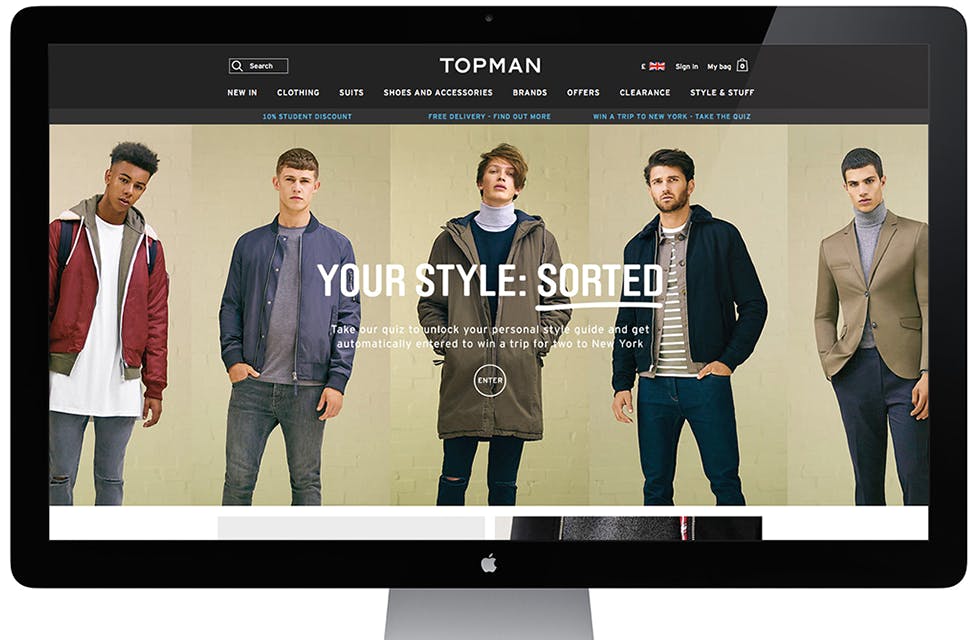 Despite concerns that programmatic buying might sound the death knell for creativity the two sides are now finding ways to work together to ensure data and automation lead to more effective advertising. But challenges remain in ensuring that the right data is used at the right time and that serendipity is not forgotten.

Our Creative Programmatic event is coming up on 2 March and our sister brand, Econsultancy, caught up with two of the speakers at the event, O2’s Head of Digital Excellence, Nick Adams, and TUI’s Head of Media, Sammy Austin. Between them they discussed some of the biggest emerging trends and challenges in programmatic, and offered their opinions and advice on where creativity fits within this channel.