A resounding 94% of the poll agreed that the broadcaster has made the right decision in choosing not to renew the contract with show producer Endemol.

Channel 4 said that the decision was not a commercial one but based on the need to refresh its schedule and that it was a “creative” decision. However, Channel 4 is struggling to secure financial stability for the future and the Big Brother contract cost £180m last time it was renewed.

Director of television and content Kevin Lygo said: “Big Brother is still profitable for Channel 4 despite its reduced popularity and there could have been the option to renew it on more favourable terms. That’s what a purely commercial broadcaster would have done, but Channel 4 has a public remit to champion new forms of creativity.”

But the show has just registered its lowest closing night ratings ever for the finale of the tenth series. The first part of the final on Friday (4 September) averaged 2.6 million viewers with 2.7 million for the second part, which saw Sophie Reade win this year’s series. The viewing peaked at 3.1 million.

The cancelling of the show leaves Channel 4 with a large hole in its programming schedule and it has announced an extra £20m to be invested in drama.

The changes in programming strategy come as the broadcaster experiences upheaval among its top management. Chairman Luke Johnson steps down in January and chief executive Andy Duncan is expected to announce his departure shortly, although there is no confirmation from Channel 4. 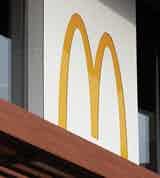 Fast food chain McDonalds has lost a court battle to stop a family-run Malaysian restaurant operating under the name McCurry.

Stylist, the long-awaited, free women’s weekly from ShortList Media is to launch on 7 October. The title will target “affluent, urban women” aged 20 to 40 – the female equivalent to the audience that its ShortList magazine targets. “It will be very distinctive for the women’s market and look significantly different to other weekly glossy […]

Subway is unveiling a new brand-led marketing campaign and strapline highlighting the way people can customise what they have in their subs in order to suit any occasion and mood.