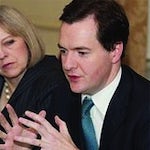 Chancellor George Osborne has today (20 October) unveiled the details of the comprehensive spending review of public spending, which will see £81bn cut from public sector budgets by 2015.

Speaking in the House of Commons earlier, Osborne says the measures, designed to reduce the UK’s deficit, will pull Britain back from the “financial danger zone” and the “road to ruin”.

Departmental budgets will be cut by 19% on average, less than the 25% widely reported because of the £7bn cut to the welfare budget. A total of 490,000 civil servants will lose their jobs.

Commenting on the review, Advertising Association chief executive Tim Lefroy says that the spending review is “chapter one” but the next chapter is growth “and that’s where marketing and advertising comes in.”

“We drive competition and innovation, in all markets. Government has set out its stall on the Big Society – which is about giving people more choice and control in their lives. Advertising is choice and policy makers can benefit from the knowledge and expertise vested in this sector,” he says.

As part of the spending review, Government departments will be required to publish a business plan next month, setting out reform plans for the next four years.

Retail body, the British Retail Consortium welcomed the cuts, claiming that the “serious” plans to tackle the deficit will “remove some of the uncertainty which was driving down consumer confidence”.

Savings include passing funding for the BBC World Service from the Foreign Office to the corporation. The BBC will also take on Welsh language station S4C.

Whitehall administration costs will be cut by £6bn, double the £3bn indicated earlier this year.

The Government set out its plans to cut marketing spending in June and has frozen all but essential spending on campaigns.

It is also cutting funding to its marketing services provider, the Central Office of Information, which is cutting staff by 40%. 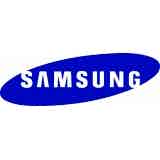 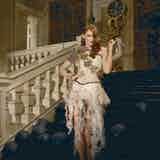 Haircare brand ghd is launching its “biggest ever” marketing campaign to support its new midnight collection in the run up to Christmas.