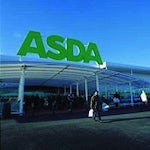 A ruling over Asda’s use of words in its advertising could open the floodgates for more litigation, warns intellectual property law firm Kempner & Partners as companies can now sue over the meaning of words following a case brought against Asda by Ajinomoto Sweeteners Europe..

The law firm says: “The law now recognises that advertising may now have multiple meanings and if any of them are untrue, companies could leave themselves open to action”.

Asda was taken to court in 2007 following an ad campaign claiming that its 9,000 own-label food and drinks products would contain “No Nasties” such as artificial colours, preservatives, hydrogenated vegetable oils and aspartame.

Asda also included the words “No Hidden Nasties” on packaging for its Good for You range.

An appeal overruled a decision by a high court judge that the words used should only be attributed a single meaning.

By overturning the “single meaning rule” marketers will have to consider every possible meaning that could be attributed to words used in advertising.

Kempner partner Stuart Jackson, says: “The Court of Appeal’s ruling is one that all businesses will need to be very aware of when planning any advertising or promotion campaign that might mention or even just allude to anyone else’s products or services.

“And if companies spot their wares being referred to by others, they may now be able to stop that and recover damages when previously they would not have been able to do so.”