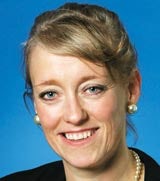 Marketers’ confidence has plummeted, according to the Chartered Institute of Marketing’s (CIM) latest Marketing Trends Survey (MTS) (MW last week). And this insecurity is reflected in plans for radical cuts in marketing spend.

The survey shows marketers’ plans for sales growth remain broadly unchanged when compared to the past year, with sales forecast to increase by about nine per cent. Yet this figure contrasts with the average of 7.6 per cent that was actually achieved in the past 12 months. In addition, marketers believe they are significantly less likely to achieve their targets.

Well over a third of respondents believed they would struggle to achieve sales targets. A substantial 37 per cent described their sales plans as “very challenging”, and a further four per cent felt they had no chance of meeting their targets. These figures have risen significantly since the last MTS survey, when they stood at 33 per cent and two per cent respectively. Less than half said their plans were “realistic” and just nine per cent expected to exceed targets.

This downbeat attitude is reflected in marketers’ expectations about budget increases. UK businesses plan to increase their marketing spend by just 2.9 per cent, a significant fall on the 4.9 per cent increase predicted in the previous survey. The largest growth in spending is expected in promotions and direct mail, where expenditure is predicted to increase by three per cent. However, in both cases, this is still down on the figure recorded in the winter survey. Sponsorship is likely to fare the worst: expenditure is expected to fall by 0.2 per cent in the next year. No area of marketing spend is expected to grow at a faster rate than last year.

Advertising accounts for the lion’s share of marketing budgets, and this is where 12.9 per cent of all expenditure is destined. Companies in the food, beverages and tobacco sectors spend the most on advertising, with one-fifth of their budgets going on this activity compared to just 5.2 per cent in business services and 7.5 per cent in the consumer durables sector.

More than half of UK marketing departments will remain the same size, and about one-third are likely to grow, in the next 12 months. However, a trend is emerging that could give cause for concern: while 31 per cent of respondents said they were likely to increase the size of their marketing department, this figure has declined from nearly half (47 per cent) in summer 2004. A significant nine per cent plan to reduce the number of staff they employ, compared to just three per cent last summer.

The survey shows that the inflation spike in the UK economy associated with rising oil prices and higher utility costs may be working its way out of the system in 2005. The average price increase expected this year is down from 2.4 per cent last year, and 2.2 per cent three months ago, to 1.9 per cent in this survey. The downward trend is evident across most sectors, with business and property services, manufacturing, retail and utilities being the areas with least scope for price hikes.

The number of businesses that consider marketing to be a high priority in their organisation has slipped this quarter, from 67 per cent recorded in the previous survey to 61 per cent. A depressing and substantial ten per cent claim marketing is covered only as a box-ticking exercise or is thought of as a low priority, compared with just seven per cent in the winter survey. Whereas all of those in the food, beverages and tobacco sectors believe marketing is a high priority in their company, this falls to 50 per cent in the consumer durables sector, 42 per cent in technology and just 17 per cent in property.v

This survey suggests that the decline in consumer spending is starting to have an effect, and marketing practitioners may find themselves under increasing pressure in the coming months. If the going does get tougher, those companies that plan intelligently and stick to sound marketing principles will be better placed to survive than businesses which rely on outdated and uninformed marketing techniques. And organisations that continue to invest in marketing will find it easier to maintain growth in the face of fluctuating demand than those that cut their marketing budget.