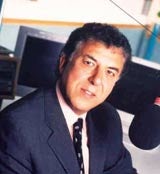 It was at the Radio Academy’s annual Radio Festival in Birmingham last week that people finally began to discuss DAB digital radio in terms of “when” rather than “if”.

Culture secretary Tessa Jowell and Ofcom’s senior partner for content and competition, Kip Meek, started a flurry of switchover speculation. In her introduction to the Digital Radio Development Bureau’s second business report, Jowell said: “I will be considering how long it would be appropriate for… services to be provided in analogue form.”

And Meek said: “It is difficult to conceive that if we turn off the (analogue) TV signal we do not turn off radio. We are aiming for 2012 for TV and do not think it will be long after that [for radio].”

GWR, the biggest commercial investor in digital radio, has long argued that a digital switchover schedule for radio would be the best contribution the Government could make to encouraging the uptake of digital radio.

A switchover target date would galvanise manufacturers, giving them confidence in the market for their products. It would set a timetable for broadcasters to build up their digital brands and give advertisers time to find their way around the new medium. And it would set an end date for the expensive business of maintaining analogue and digital systems in parallel.

Clearly, if we are to switch off the analogue signal we must ensure all existing stations have access to the digital future. New spectrums are becoming available to address this problem.

One issue that has been raised is the huge number of analogue radios in the market – more than 90 million. However, manufacturers and retailers see that as an opportunity rather than a problem.

The challenge is to present this new medium to the public in a compelling and engaging way. And Marketing Week readers will know that that calls for good marketing.

Whether it’s a manufacturer putting forward the benefits of a new product, or a broadcaster describing how a new digital channel sounds, effective marketing will be at the heart of success.

New digital radio brands need to reach their audience, and making one radio channel stand out when listeners have a choice of more than 50 will be a job that should excite the imagination of the best marketing minds.

The Government may set the target date but it will be the marketers who enable us to get there on time and on target.