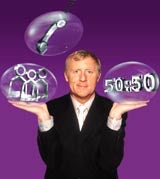 Word on the street has it that marketers are finding things tougher – and now we have the statistics to prove it. The latest Marketing Trends Survey from The Chartered Institute of Marketing (CIM) has found that marketers have never felt gloomier and confidence is at an all-time low. Expectations for sales growth and even confidence in the future of business are the worst since the survey began eight years ago.

The Marketing Trends Survey is conducted on behalf of the CIM by economics consultancy The Centre for Economics &amp; Business Research. Over 150 senior marketers were questioned for the autumn study.

It reveals that companies across the UK are planning for a sales growth of just 3.7 per cent – about half the growth planned a year ago, and one per cent lower than the planned sales growth reported in the summer survey. This is a dramatic reversal of the upward trend reported in spring 2001, when marketers were expecting cash sales to rise by 0.7 per cent from 4.2 per cent to 4.9 per cent.

But marketers are not confident about meeting even these deflated targets. While four per cent of those taking part in the survey expect to over-achieve their targets, only about one-third call the targets “realistic”. Over half of marketers think these targets are “very challenging” and nearly one-tenth describe their sales plan as “unrealistic”. These figures are all the more telling when compared with the summer survey, when only 29 per cent reported that their sales plans were “very challenging”.

The results mean that the CIM confidence index has dipped to the lowest level on record. The indicator has tumbled from 91.8 this time last year, when confidence appeared to be strengthening and plans were becoming more aggressive, to a breathtakingly low 83.9.

These gloomy predictions are already having a serious effect on marketing budgets. Companies are planning to increase their total sales resource by 2.4 per cent this autumn, compared with 2.9 per cent in the spring. Indications are that e-marketing will be likely to avoid the axe, and expenditure on Internet/intranet activities is expected to rise by seven per cent, up from 6.2 per cent in the spring.

It is the sponsorship sector that is set to feel the squeeze – planned spending is expected to shrink by 0.6 per cent this autumn compared with a 0.1 per cent planned increase in the spring. Telemarketing is also likely to be hit hard, where annual expenditure is tipped to increase by just 0.1 per cent. Advertising budgets are expected to rise by only 1.4 per cent, while promotional budgets will increase by 2.1 per cent. Direct mail will fare a little better, as will lead generation.

But the despondency felt by most marketing managers is not reflected in their plans for staff. While nearly three-quarters of businesses are not planning to change the size of their sales and marketing departments, nearly one in five are likely to increase the number of staff. Only one in ten expects to reduce the size of their team.

The Centre of Economics &amp; Business Research says because the marketing function is at the sharp end of business, it picks up signals of changes in the business climate before other parts of the company. This makes the report’s conclusions especially depressing, since they provide convincing evidence that economic conditions are likely to be unfavourable for the next few months. However, the swift action taken by the Bank of England in cutting interest rates by half a point to four per cent will help bolster business and consumer confidence.

But it must not be forgotten that marketing is an important weapon in the battle against economic stagnation. Marketers are facing some tough challenges at a time of economic and political uncertainty, but they need to keep focused on their job. By developing products and services, utilising budgets efficiently to seek and engage customers, marketers should be playing a vital role in helping their businesses ride out the storm.