Had Deliveroo signed its multi-year partnership with the Football Association two years ago, the likelihood is the campaign would not have featured players from the England Women’s football team.

Yet in 2020 it is no surprise to see Ellen White, Nikita Parris and Jill Scott showing off their signature goal celebrations alongside their male counterparts as they receive their Deliveroo orders.

Several things have converged at once to make this kind of advert possible. Firstly, the Lionesses have become household names thanks to a World Cup 2019 run that took them to the semi-finals, where they lost to eventual winners the USA. That game attracted 11.7 million TV viewers in the UK and the tournament as a whole broke the 1 billion viewers mark for the first time since it started in 1991.

Whereas in the past the issue had been a lack of exposure of women’s sport on mainstream TV, this time broadcasters got behind the tournament in a big way. The BBC, which launched its #ChangeTheGame campaign to showcase the power of female athletes, provided live coverage of every match, putting the Lionesses in the primetime slot.

Secondly, for a mass brand such as Deliveroo bringing female athletes into the conversation makes sense from a strategic point of view. With women driving between 70% and 80% of all consumer purchase decisions through a combination of their buying power and influence, then it is madness for Deliveroo not to show a female perspective in its advertising.

Thirdly, there is demand from consumers, who are calling for brands to commit to inclusion by showing men and women in positions of equality, being valued for the skill they bring to the table rather than their gender.

The fact that both the England men’s and women’s teams reached the semi-finals of their respective World Cups means that to leave one side of English football out of the campaign would have been a serious omission.

Deliveroo is not alone in its decision to show male and female athletes as equals. O2, which has sponsored England Rugby for 25 years, has shown the male and female players side by side in its creative for several years.

Unveiled last week, the latest iteration of its ‘Wear the Rose’ campaign for the Six Nations features an equal split between male rugby stars like Owen Farrell and Maro Itoje, and their female counterparts Sarah Bern and Zoe Harrison.

The fact BT chose Houghton, not the England men’s captain Harry Kane, is a significant decision that would likely not have been made even three years ago.

The marketing world is now wide awake to the opportunities that come with championing female athletes. The foundations were laid by early adopters such as Women’s FA Cup sponsor SSE and Mastercard, which has been investing in women’s football for decades.

Then last year the commitment to women’s football from high-profile brands like Proctor & Gamble in the US and Barclaycard in the UK, which signed an eight-figure deal to become title sponsor of the Women’s Super League (WSL) until 2022, has shown how seriously women’s sport is being taken on the global stage.

On a UK level it is also worth pointing out the ‘Unlocked’ campaign being pioneered by the Women’s Sport Trust, which is pairing marketers from the likes of Sainsbury’s, Disney and Facebook with female athletes in a bid to amplify the message around women’s sport.

It is no longer a surprise to see record-breaking sprinter Dina Asher-Smith fronting the new PureGym campaign or her fellow World Champion, the heptathlete Katarina Johnson-Thompson, starring in the latest Müller yoghurt ad.

If anything, it would be surprising if these female athletes were not front and centre of high-profile brand campaigns given the fact they have proved on and off the pitch, track and field that they can put in world-beating performances. Nice to see the world of marketing has finally caught up. 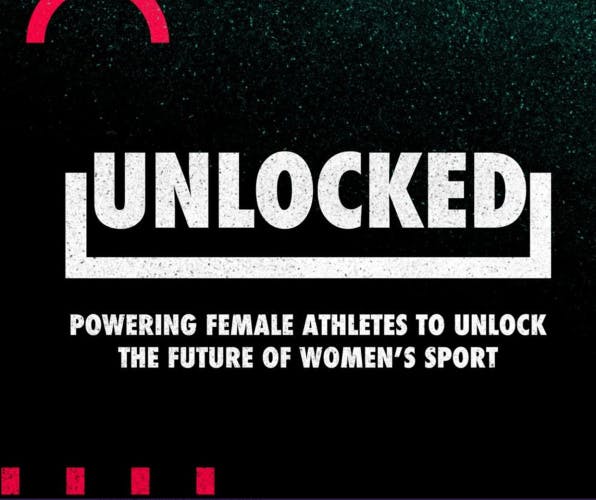