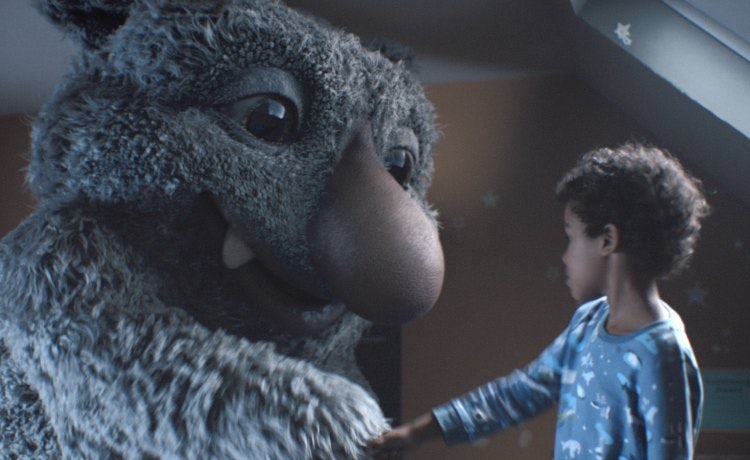 While last year’s Christmas campaign was aimed at making people smile, this year John Lewis seems to have returned its focus on creating an ad that will pull on your heartstrings.

The story follows a young boy called Joe who is kept awake by a seven-foot imaginary monster called Moz who lives under his bed.

Brandwatch data shows there were 2,906 mentions of the John Lewis Christmas ad on social media between 7 and 8am, after the ad was released at 7.40am. During this first hour, mentions peaked at 246 per minute. Overall consumer sentiment was 86% positive, while 14% of mentions were negative.

While consumers might be feeling positive about the ad, the reviews within the marketing community are mixed. Marketing Week caught up with six senior marketers to hear their verdict.

‘It will get the tills ringing’ – Ben Carter, UK marketing director, Just Eat

They’ve done it again, they’ve pulled out all the stops, they’ve stocked the shelves and dressed their shop windows with all the Moz merchandise – but most importantly will this year’s ad entertain households around the land?

Yes, it’s a tried and tested formula but it works and it grows and grows.

I’m sure industry cynics will say it’s time to change the record but you can’t fault John Lewis for repeating what has been so hugely successful and once again, this year is still so magical.
It lands the message clearly, concisely – and tugs at the heartstrings. Children (including mine) will be clamouring for a Moz cuddly toy with his doe-eyed expression.

With the festive battleground fiercer than ever before and with a backdrop of very tough high street sales, the big question is will it get the tills ringing? I’m tempted to say yes.

The simple single-minded – and genius – insight for me that John Lewis has owned is that actually it is much more enjoyable to give presents than to receive them. The creative has brilliantly delivered on making even slightly shit presents feel thoughtful – I can’t think of anyone who would be really chuffed receiving a scarf (year-of-the-snowman), or alarm clock (year-of-the-bear). It did that brilliant thing of adding intangible benefits (thoughtfulness) to the usual tosh you end up wrapping up and sticking under the tree at Christmas.

And so to this year. A night light for a little boy scared of the dark. Cute boy, tick. Emotive soundtrack, tick. An unusual friendship, ideally non-human, tick.

For me it missed a trick. It felt more about receiving the perfect present rather than giving it. And the rug pull twists that used to make these ads really special was missing too.

But the John Lewis Christmas ad is now a ‘thing’. As social media broadcasts what we are talking about, being part of it is more critical than ever to our sense of belonging. The ad will be looked out for on TV, searched and shared online today, and discussed at the school gates, pubs and kitchen tables across Britain.

So it is the legacy that John Lewis and adam&eveDDB have built over the years, rather than Moz the Monster, that makes it a winner this year.

And as an aside, hurray for seeing some diversity on such an epic advertising moment – my surprise at the mixed race parents shows how rarely we see it in the advertising world. I look forward to the time that this doesn’t catch my eye as unusual.

‘Did it leave me feeling in the mood to spend? No’ –Tanya Joseph, consultant, chair of The Pool and architect of the ‘This Girl Can’ campaign at Sport England

So does the much awaited ad leave me feeling warm and fuzzy and in the mood to spend? Short answer: No.

My first response to the story of the beautiful child and the imaginary Gruffalo-style monster living under his bed was to think merch, and sure enough the John Lewis website offers you all manner of cuddly toys, pajamas and t-shirts immediately the ad stops playing. My second response was why haven’t the beautiful parents noticed he is falling asleep during the day, what is making the beautiful child so unhappy?

I want a Christmas ad that manages to articulate the love and conviviality which we associate with the festive season and so promote a brand. John Lewis hasn’t managed it for me this year but then again neither has anyone else so far.

‘This year’s ad returns to the roots of the brand’ – Paul Davies, director of consumer marketing, Microsoft

The launch of the John Lewis ad is always an exciting moment, and this year was no different. I feel for the team as expectations are always sky high, and they have set the bar so high for themselves. This year, the ad plays to their strengths and relies on a formula that works well for them.

Some may say this year’s ad is a safe bet, but I think it’s more about returning to the roots of their brand, their family values. The execution is also brilliant and of the high quality we’ve come to expect. John Lewis peppers its ads with small moments that reward repeated viewing, and make people smile which is what people are looking for over Christmas.

All that said, I would love to see the retailer take a brave move into new creative territory next year to shake it up, and to challenge consumers’ perceptions with something unexpected.

I love Christmas and waiting for the ads. This year’s John Lewis ad is warm and tingly in all the right places – it also shows a diverse family which is another small step towards more inclusive advertising. I enjoyed it, it’s beautifully shot, the young boy is a great actor and it’s very ‘on brand’. However it didn’t connect with me or challenge me as their previous ads have done. It’s tough when expectations are so high. So overall I’d say it’s good but not great. There’s definitely scope to be braver and bolder in 2018. However, I am coveting that starry sky lamp.

‘Its ads are starting to feel repetitive’ – Helen Pomphrey, UK head of marketing at Cawston Press

A cute child, an emotive soundtrack, a lovable character and a touch of pathos. It’s a classic John Lewis formula that tugs at the heartstrings, and it still works. That said, I didn’t find the story quite as engaging as previous adverts and their ads are starting to feel a bit repetitive, so it would be nice to see something new from them next year. I do still have a soft spot for Monty the Penguin though. 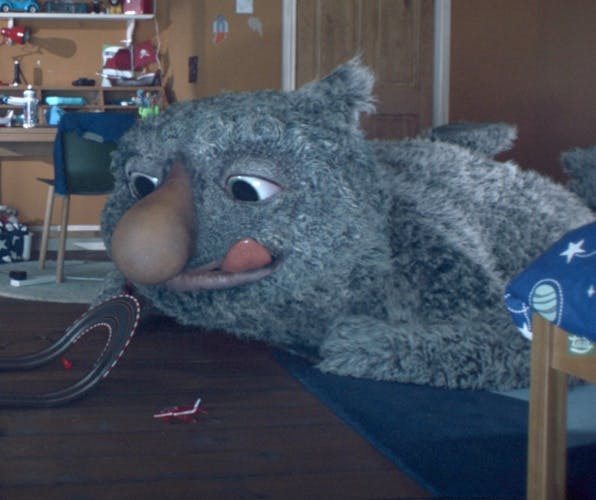