A poll of 236 UK and Irish marketers by content marketing agency Axonn Media found that the vast majority (87.3%) still work full time and mainly from the office. This despite the fact that flexible working is one of the top five most important elements of working life.

A separate report work management company Workfront found that 71% of marketers admitted to feeling “burnt out” while 66% said they expect their stress levels at work to increase.

Excessive workload, a lack of communication and poor access to resources were cited as the three main causes of stress. More than half (53%) of UK marketing professionals also said they currently work at least five hours of over-time per week.

“The marketing industry is lagging behind other sectors in making [flexible working] a reality. It should be the norm in companies that want to attract and retain top talent. However, the majority of employers seem happy with the status quo while their staff suffer unnecessary stress as they juggle a demanding career with other commitments,” she adds.

‘Marketers in it for the love’

Despite their stress level, 67% of those polled by Axonn Media said they are in marketing because it is “something they love”, above elements such as salary (52%) or career progression (38%). Doing something they are good at (37%) and job flexibility (23%) make up the top five most important elements for marketers.

Webber adds: “Marketers are in this industry not for the money or fantastic career prospects, but primarily because they love what they do. This passion should be nurtured by employers and the industry alike.”

However, the report warns that the lack of flexible working is making it difficult for women in particular to progress, especially once they have had children. Axxon’s research found that one in 10 mums thought their parental status had a significant negative effect on their careers while a further 53% believe it has had a “somewhat negative impact”.

Some 84% of fathers do not think being a parent has hampered their career progression.

This poorer career progression appears to translate to job roles. Nearly a quarter (24.7%) of men questioned by Axxon said they had director-level marketing jobs, compared to just 13% of female respondents. Some 9.3% of men also said they held CEO, managing director or founder roles, compared to 2.2% of women.

Women are also poorly represented as speakers at UK marketing industry events with 39% of marketers saying the speaker lineup at the last event they attended was “predominantly male”.

Axxon reviewed the lineup at some of the marketing industry’s biggest events found a ratio of male to female presenters of roughly 2.5:1. For judging panels that rises to 2.7:1.

Just 9% of men and 3% of women think gender representation is not an issue although respondents had various theories, including that men are more confident in putting themselves forward and have more time to speak at events.

Ruth Mortimer, content director at Centaur Marketing (which owns Marketing Week), says the makeup of events tends to reflect industry bias but that Centuar is doing what it can to encourage diversity. 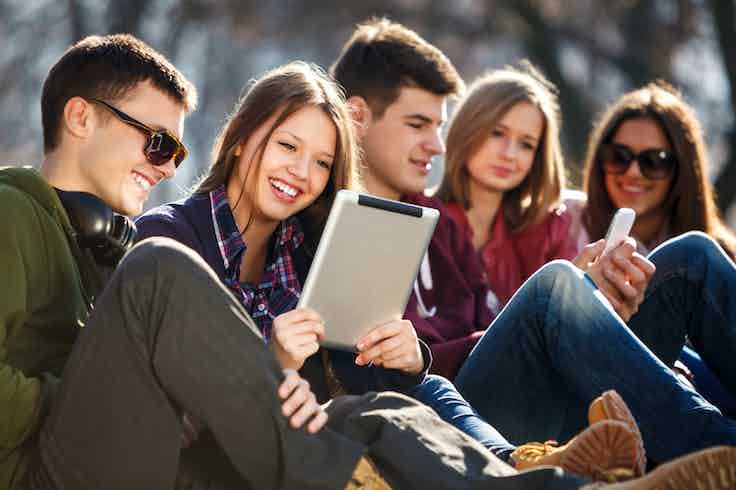 While a lot has been made of how to market to millennials, connecting with ‘Generation Z’ – those born in the mid-1990s and early 2000s – is all down to brands proving their progressive views on topics such as gender and creating mobile-friendly content, according to a new report from The Innovation Group.