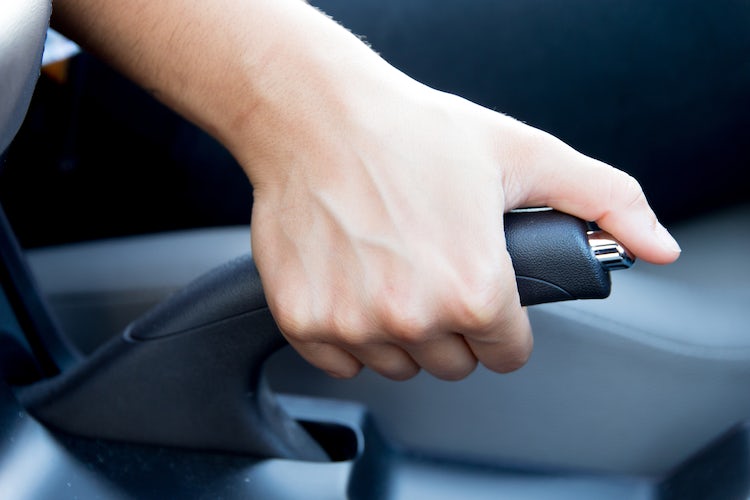 Daniel Kahneman uses a simple analogy to describe behaviour change: you either press on the accelerator or you release the handbrake. Encourage motivating forces or remove restraining forces.

Marketing, like a teenage boy in a souped-up Fiesta, likes to pump the accelerator. It fixates on changing motivation above all else.

But is this the right priority? Evidence from Kurt Lewin – the psychologist Kahneman refers to as his ‘intellectual godfather’ – suggests not.

Lewin became a professor at the prestigious University of Berlin at the remarkably young age of 35. However, just seven years later, when Hitler came to power, Lewin fled to the US where he became director of the Centre for Group Dynamics at MIT. It was here that Lewin developed a set of ideas known as force-field analysis. This theory describes behaviour as an equilibrium between two sets of forces – helping and hindering.

We need to put more effort into stripping out the smallest bits of friction.

Lewin’s insight was that people mistakenly fixate on helping forces when they should give precedence to hindering ones. This change in priorities has practical implications.

In Kahneman’s words: “Diminishing the restraining forces is a completely different kind of activity, because instead of asking, ‘How can I get him or her to do it?’ it starts with a question of, ‘Why isn’t she doing it already?’ Very different question. ‘Why not?’ Then you go one by one systematically, and you ask, ‘What can I do to make it easier for that person to move?’ It turns out that the way to make things easier is almost always by controlling the individual’s environment, broadly speaking.”

For example, a 2017 study by Peter Bergman and Todd Rogers monitored the impact of friction on sign-up rates for a new educational service offering parents advice on children’s revision. The psychologists randomly assigned parents to one of three sign-up routes:

The sign-up rates varied according to the level of effort required: 1% for the standard group, 8% for the simplified group, and 97% for the automatically enrolled group.

Just as Lewin argued, small bits of friction – even in an important matter like our kids’ education – have a disproportionate effect.

But that was just the first half of the experiment. Next, the psychologists recruited 130 teachers, told them about the experimental design and asked them to predict the sign-up rates in each scenario.

The teachers knew that friction would reduce sign-ups but they wildly underestimated the scale. They thought sign-up rates would vary by only 27 percentage points, whereas in reality, it differed by a whopping 96 points.

The variance can be seen below – actual sign-up rates in light blue, predictions in dark blue:

It’s not just teachers who are prone to this mistake. It’s a widespread issue and marketers are as culpable as any other profession. That’s a problem.

If we underestimate the impact of friction, we’ll spend too little time and money simplifying our customer journey.

We need to put more effort into stripping out the smallest bits of friction: pre-populating forms, removing unnecessary steps, moving purchasers to subscriptions. Anything that reduces customer effort will have surprisingly large effects.

So far, we have discussed literal applications of applying the idea. These tend to focus on removing physical effort to adopt a behaviour.

But there are lateral applications too. And for these we should turn for inspiration to a campaign with household recognition in the US, but which is barely known here. A campaign from the Texas Department of Transportation.

Don’t mess with your audience’s worldview

In the 1980s the Texans were grappling with the perennial problem of roadside litter. Or trash, as they might say.

Each year it cost $20m to pick up the mountains of rubbish strewn along the roads. Each year the state ran ads asking the culprits to ‘Keep Texas Beautiful’, and each year the litterers kept littering.

In 1985, frustrated by their lack of success they hired the Austin ad agency GSD&M, led by the creative Tim McClure. McClure spotted that that the previous ads had reflected the worldview of the clients – a committee, he jokingly said, with an average age of 107.

But the message of environmental stewardship fell flat with the culprits – young, rule-breaking men. Or in his infamous words, “Bubbas in pick-up trucks”.

McClure recognised that the barrier to behaviour change was a psychological one. The historic campaigns had tried to shift the worldview of the target audience. That’s a sizeable hurdle; most people are loathe to be inconsistent.

So, instead he altered the message to fit with the target’s views. He created the slogan, ‘Don’t Mess with Texas’, which repositioned littering as an affront to state pride. It was something an interloper from Oklahoma might do, but certainly not something any true-blooded Texan would stomach.

It’s arguably the most successful anti-littering campaign ever, reducing litter by 72% between 1987 and 1990. So successful that the phrase has entered into popular culture – George W Bush even used it in his presidential acceptance speech.